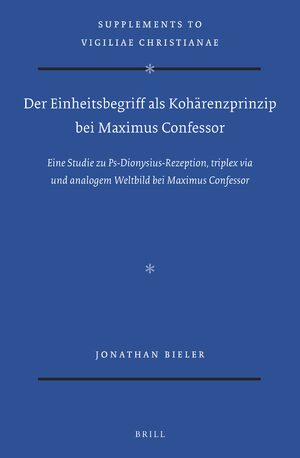 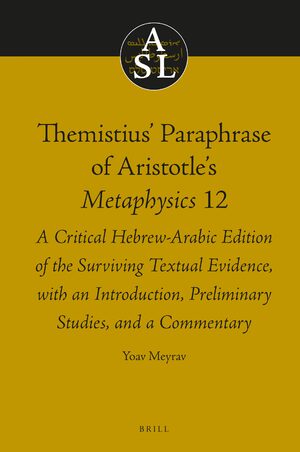 Themistius’ Paraphrase of Aristotle’s Metaphysics 12
A Critical Hebrew-Arabic Edition of the Surviving Textual Evidence, with an Introduction, Preliminary Studies, and a Commentary
Series: Aristoteles Semitico-Latinus, Volume: 25
Author: Yoav Meyrav
Themistius’ (4th century CE) paraphrase of Aristotle’s Metaphysics 12 is the earliest surviving complete account of this seminal work. Despite leaving no identifiable mark in Late Antiquity, Themistius’ paraphrase played a dramatic role in shaping the metaphysical landscape of Medieval Arabic and Hebrew philosophy and theology. Lost in Greek, and only partially surviving in Arabic, its earliest full version is in the form of a 13th century Hebrew translation. In this volume, Yoav Meyrav offers a new critical edition of the Hebrew translation and the Arabic fragments of Themistius’ paraphrase, accompanied by detailed philological and philosophical analyses. In doing so, he provides a solid foundation for the study of one of the most important texts in the history of Aristotelian metaphysics.
E-Book 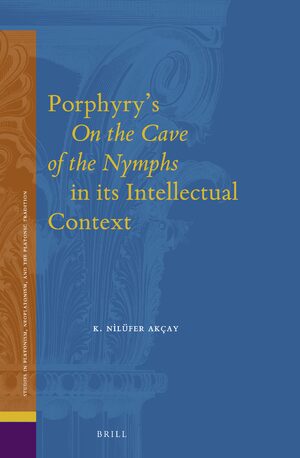 Porphyry’s On the Cave of the Nymphs in its Intellectual Context
Series: Studies in Platonism, Neoplatonism, and the Platonic Tradition, Volume: 23
Author: K. Nilüfer Akçay
Neoplatonic allegorical interpretation expounds how literary texts present philosophical ideas in an enigmatic and coded form, offering an alternative path to the divine truths. The Neoplatonist Porphyry’s On the Cave of the Nymphs is one of the most significant allegorical interpretation handed down to us from Antiquity. This monograph, exclusively dedicated to the analysis of On the Cave of Nymphs, demonstrates that Porphyry interprets Homer’s verse from Odyssey 13.102-112 to convey his philosophical thoughts, particularly on the material world, relationship between soul and body and the salvation of the soul through the doctrines of Plato and Plotinus. The Homeric cave of the nymphs with two gates is a station where the souls descend into genesis and ascend to the intelligible realm. Porphyry associates Odysseus’ long wanderings with the journey of the soul and its salvation from the irrational to rational through escape from all toils of the material world.
E-Book 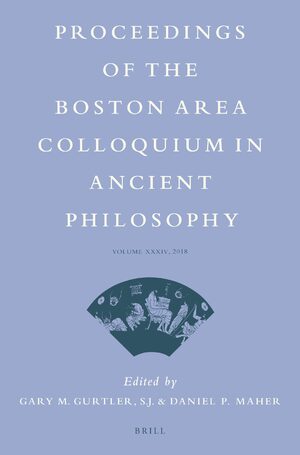 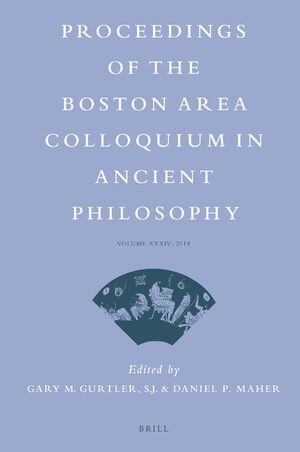 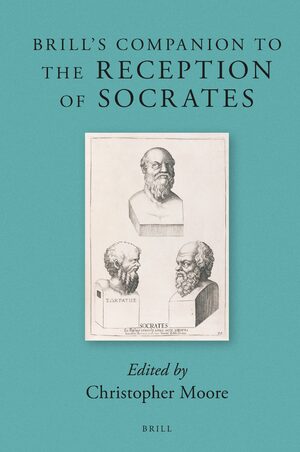 Brill's Companion to the Reception of Socrates
Series: Brill's Companions to Classical Reception, Volume: 18
Editor: Christopher Moore
Brill’s Companion to the Reception of Socrates, edited by Christopher Moore, provides almost unbroken coverage, across three-dozen studies, of 2450 years of philosophical and literary engagement with Socrates – the singular Athenian intellectual, paradigm of moral discipline, and inspiration for millennia of philosophical, rhetorical, and dramatic composition. Following an Introduction reflecting on the essentially “receptive” nature of Socrates’ influence (by contrast to Plato’s), chapters address the uptake of Socrates by authors in the Classical, Hellenistic, Roman, Late Antique (including Latin Christian, Syriac, and Arabic), Medieval (including Byzantine), Renaissance, Early Modern, Late Modern, and Twentieth-Century periods. Together they reveal the continuity of Socrates’ idiosyncratic, polyvalent, and deep imprint on the history of Western thought, and witness the value of further research in the reception of Socrates.
E-Book 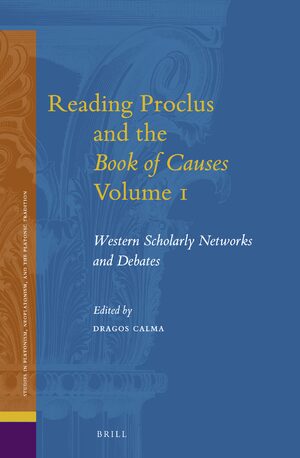 Reading Proclus and the Book of Causes Volume 1
Western Scholarly Networks and Debates
Series: Studies in Platonism, Neoplatonism, and the Platonic Tradition, Volume: 22
Editor: Dragos Calma
Reading Proclus and the Book of Causes, published in three volumes, is a fresh, comprehensive understanding of Proclus’ legacy in the Hellenic, Byzantine, Islamic, Latin and Hebrew traditions. The history of the Book of Causes, an Islamic adaptation of mainly Proclus’ Elements of Theology and Plotinus' Enneads, is reconsidered on the basis of newly discovered manuscripts. This first volume enriches our understanding of the diverse reception of Proclus’ Elements of Theology and of the Book of Causes in the Western tradition where universities and religious schools offered unparalleled conditions of diffusion. The volume sheds light on overlooked authors, texts, literary genres and libraries from all major European universities from the 12th to the 16th centuries.
E-Book 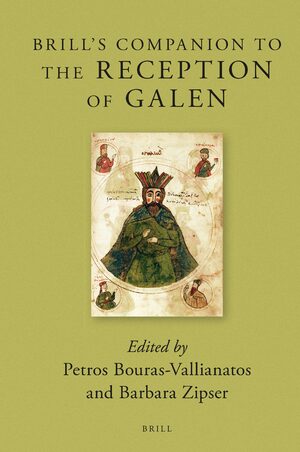 Brill's Companion to the Reception of Galen
Series: Brill's Companions to Classical Reception, Volume: 17
Editors: Petros Bouras-Vallianatos and Barbara Zipser
Brill’s Companion to the Reception of Galen presents a comprehensive account of the afterlife of the corpus of the second-century AD Greek physician Galen of Pergamum. In 31 chapters, written by a range of experts in the field, it shows how Galen was adopted, adapted, admired, contested, and criticised across diverse intellectual environments and geographical regions, from Late Antiquity to the present day, and from Europe to North Africa, the Middle and the Far East.
The volume offers both introductory material and new analysis on the transmission and dissemination of Galen’s works and ideas through translations into Latin, Syriac, Arabic, Hebrew and other languages, the impact of Galenic thought on medical practice, as well as his influence in non-medical contexts, including philosophy and alchemy.
E-Book 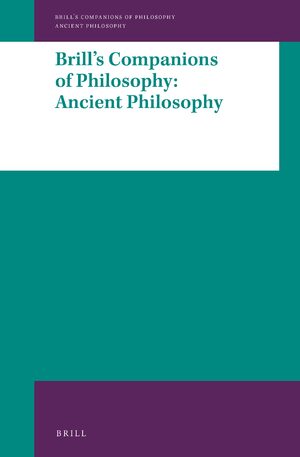 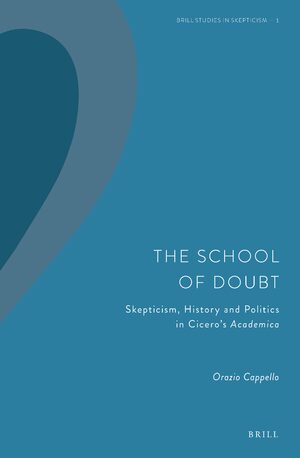 The School of Doubt
Skepticism, History and Politics in Cicero's Academica
Series: Brill Studies in Skepticism, Volume: 1
Author: Orazio Cappello
The School of Doubt conducts a close philological and philosophical reading of Cicero’s Academica, a fragmentary work on sense-perception and Academic history written in the wake of Caesar’s victory in the civil wars (45 BCE). Focusing in turn on the author’s letters discussing the process of composition, the historiographical treatment of the Platonic tradition and the critical exploration of philosophical doubt, this volume presents Cicero as an original and sophisticated historian of philosophy and a radical figure in Western skeptical thought. Widely misconstrued as a technical treatise and a mere chronicle of the Greek debates on which it draws, the Academica here emerges as a key work in the evolution of Ciceronian philosophy and of ancient skepticism – and one that responds directly to the disintegration of Republican Rome.
E-Book