Clear All
Download Citations
Page:1234567891011 ...
Chapter 1 Building a Discipline of the Bible with a Chinese Contextual Awareness
Author: Bin You

This paper focuses on the nature and approach of biblical studies in the Chinese context. First, in discussing the transition of Chinese terminology for the biblical studies from “research on the Bible” (, sheng jing yan jiu) to “a discipline of the Bible” (, sheng jing xue), the author argues for an independent biblical studies with theological dimension. It would engage the long-standing historical Judeo-Christian scriptural tradition, rather than focusing narrowly on the tendencies of modern biblical criticism. Nevertheless, it requires Chinese scholars of the Bible to have a firm grasp of and draw inspiration from modern methods of biblical criticism and to cultivate the intellectual practices of “close reading and in-depth interpretation.” For example, the historical-literary interpretation of extra-biblical materials, as well as considering the text’s Sitz im Leben and ideological background, can liberate Chinese scholars from one-sided, stereotypical theological interpretations of the Bible. Therefore, doing biblical theology demands an “integrated innovation” approach for the construction of an independent Judeo-Christian scriptural and intellectual identity in the Chinese multi-religious and multi-scriptural context. The awareness of the particularity and comprehensiveness of biblical studies in China is proposed so that biblical scholars can bring the Bible, as the scriptures of the Judeo-Christian tradition, into in-depth dialogue and interactive learning with Chinese culture and the Chinese classics, offering a valuable impetus for the indigenization of Christianity. The author argues that the supporting correlation between the “three pillars”, namely, the Bible, the person of Jesus Christ, and the Church, all of them are both “of flesh” and “of spirit”, would be the foundation for an independent biblical theology in Chinese cultural context. 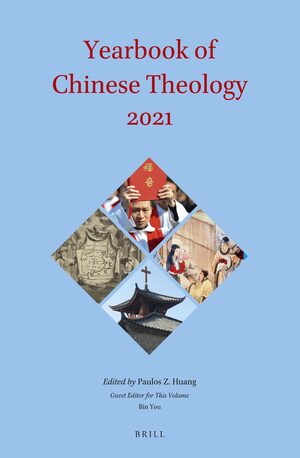 In nineteenth to twentieth century China, Old Testament motifs were introduced by Protestant missionaries and Bible translators, with the help of Chinese co-workers in the beginning, and those motifs drew attention from local converts and led to discussions among them in light of the norms in Confucianism. Then, Confucian reformists started reacting to missionary publications and showing interest in Old Testament motifs. After the defeat of China in 1894–1895 in the Sino-Japanese War, the response to the Old Testament became more active and influential among China’s populations. There arose new interests and tendencies in Old Testament interpretation among educated Chinese with various political ideals at a time of national crisis. The vernacular movement in Bible translating and missionary Old Testament education popularized and modernized Old Testament reading and studies in Chinese society. After that transitional period, discussions of Old Testament motifs became even more abundant and diverse, among which the notion of God and monotheism was truly inspiring. In China’s nationalism, the Old Testament proved no less stimulating. Moses and the prophets became particularly valid to those active in both religious and secular realms.

The practice of indigenizing the Bible in the Chinese context was initiated by two French missionaries, Jean Basset and Louis A. de Poirot. The present article starts from introducing the historical background of prohibiting Christianity in the Qing Dynasty, whence Basset and Poirot carried out their missions. Their philosophy and practice of Bible translation are overviewed in the second section, highlighting their concern about sinicizing the core message of Christianity and empowering Chinese believers. The features of translation demonstrated in Basset’s and Poirot’s versions are analyzed in the third section, from the aspects of theological terms, nouns, scriptural sentences, and notes. As two pioneers in the history of Chinese Bible translations, both Basset and Poirot left behind precious heritage for the later generations, revealing how to interpret the Bible nowadays.

Chapter 3 Exploring a Theology of Relationships from a Biblical Perspective in the Context of China
Author: Lina Rong

This paper focuses on how to integrate Christian value system into daily life. Salvation and sin are both corporate and social realities. The author tries to explore a theology of relationships based on the biblical affirmation that God is love, and love is relational. God enters into the suffering world, relates to the downtrodden, and transforms the social systems from within, thus making salvation a corporate reality. The content of God’s love is compassion, mercy, righteousness and justice. Therefore, believing in God means living out the covenant vision of God by building up a more righteous world, standing in quiet refusal to participate in any power structures or dominate systems, condemning corporate evil. This is the way of the cross, thus, a theology of relationships goes hand in hand with a theology of suffering. Being faithful to relationships implies willingness to suffer, to die to oneself, to reach out to the needed, and to be transformed by God.

Chapter 6 God Speaks in Chinese: The Reception and Translation of the Bible in China
Author: Hui Liang

By investigating the reception of the Bible in the past four waves of Christian missions in imperial China, this article seeks to portray a general history of Chinese bible translation and highlight the pioneering work that Syrian bishops, the Jesuits and Protestant missionaries had done in the process of the birth of the complete Christian Bible in Chinese. Based on an in-depth review of the translation of the Bible in China, the author indicates that the publication of the Chinese Union Version Bible in the early twentieth century represents the climax of the Bible’s journeys to China. As one uniform and standard version of the Chinese Bible acceptable to both Chinese masses and educators, the Mandarin CUV Bible embodies that the Word of God has been expressed as the Tao of Huaxia, which are firmly rooted in the soil of China and sow the seeds of the Gospel in the hearts of Chinese people. Finally, this article points out that the CUV Bible not only represents a milestone of the Chinese Bible translation, but also has formed a unique Chinese theology that can be addressed as “the Union Theology” (Hehe shenxue) since its birth.

How to treat with the relationship between the participle in Matthew 19a and the main verb with the mandate to “make disciples of all nations ()” will have effects on churches’ understanding of the Great Commission. Based on the general function of Greek participle, this paper discusses the content in Matthew 28:18–20, suggests that the mandate of “make disciples of all nations” should be the central focus of understanding the Great Commission of churches. However, with regard to the relationship between this participle and the predicate “you are to make disciples (),” the English earlier translation of the Geneva Bible as a guide for later versions has influenced the way in which consequent translations have interpreted the Great Commission, and made today’s churches as a social organization to some extent neglect the fundamental responsibility of “making disciples of Jesus of all peoples”.

Editorial Is the Hebrew Bible Literature, a Humanistic Document, the Word of God, or a Record of God–Human Interaction?
Authors: Paulos Z. Huang and Archie Lee

This dialogue took place on August 2, 2018, at the University of Helsinki between Professor Paulos Huang and Professor Archie Lee. The subject matter of the interview focuses on the following issues. 1) What were the events in your personal life and study experience that have impacted you on your present academic career and on the construction of your own theology? How did you start your religious nurture and education in life? In what ways did the experience of reciting Biblical texts in childhood, the teaching of Dr. Richard Deutsch at the seminary, the supervision of Professor David Flusser at Hebrew University and your experience of doing research in biblical studies at Edinburg University shape your academic career. 2) What are the relationships between theology and history of religions, cross-contextual and contextual reading, your faith conviction and on your academic research, the biblical Cannon and doctrines, and reading the original Hebrew biblical texts and the Classic Chinese? 3) Has your overly optimistic humanistic presupposition affected your research? If you put aside doctrines of Christianity while you read the Hebrew Bible, how do you deal with your own presupposition? Is it possible that you are proclaiming a different Gospel than that of Apostle Paul? Are you going to fall into relativism or nihilism? If your strategy is to deconstruct first and to reconstruct later, are you worrying about that you will deviate and go astray from Christian Orthodox doctrine? 4) You have strategically trained over ten Hebrew biblical scholars for Chinese academia, and you have deeply influenced the present situation of Hebrew Biblical studies in Chinese language. 5) In order to deconstruct the narrowly-defined guoxue (Chinese national studies) and to include Biblical studies in Chinese academia officially, you have invented this concept and have published two monographs and several articles related to it. The Bible is usually accepted as a literary production, a humanistic document, and the Word of God. Can you expound further on the notion of the Bible as a record of God–Human interaction? 6) What is the relationship between your academic research and Christian orthodoxy? [219] What are your research results that subvert the traditional teachings of Christianity? You have invented and developed cross-textual reading & hermeneutics. Facing inter-religious dialogue or comparative religions, how do you read the Hebrew Bible in your own context of pluralistic cultural and religious classics? Can you find Biblical evidence to support the doctrines of the Trinity and Original Sin? A scholar should pay attention to the ambiguity and transcendence of the Bible, do you find any Hebrew Biblical text to prove that God’s omniscience and omni-potentiality? 7) What are the bases for your own theories? This is to say, what evidence is there to back up your teachings? You have done Hebrew biblical hermeneutic research with your own understanding/interpretation as the presupposition, how do you interpret Martin Luther’s Sola Scriptura? What is the authority for you? In addition to humanistic reason, do you believe that God has a revelation for you especially? 8) What is your outlook on the development of biblical studies in Chinese academia? 9) What are the problems of Cannon’s absoluteness?

Chapter 4 Knowledge and Reception of the Chinese Translations of the Bible: Evidence from the Christians of Nanjing City
Authors: Zhenhua Meng, Yanyan Xiong, and Peiquan Lin

The academic research on the Chinese version of the Bible has rarely focused from the perspective of readers so far, nor has it concerned with the reading habits and reading experience of ordinary readers. Based on the field survey data of Nanjing believers, this study discusses the reading habits about the Bible, the choices of different versions, and the acceptance and evaluation of the Revised Chinese Union Version (RCUV). Moreover, this study employs econometrical model to estimate the determinants of simultaneous coexistence of multiple translational versions of the Bible, contemporary readers’ acceptance, and evaluation of the RCUV.

Chapter 11 News Report on the Seminar on Quest of the Missing Martin Luther in the Intellectual History, Held by the Sino-European Center at Shanghai University
Author: Thuomas Qinghe Xiao

This article reports the main contents of the online conference “In Search of Martin Luther, the Missing Man in the History of Intellectuals”. This online conference was held on December 16, 2020 and was organized by Prof. Paulos Huang, who is a Finnish-Chinese Scholar from the Sino-Europe Center at Shanghai University. And more than thirty scholars from different universities and institutes in China attended this conference. This article also selects some highlights of the speeches of experts.