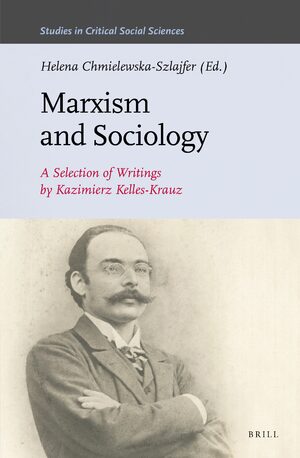 Marxism and Sociology: A Selection of Writings by Kazimierz Kelles-Krauz
Series: Studies in Critical Social Sciences, Volume: 119
Editor: Helena Chmielewska-Szlajfer
Kazimierz Kelles-Krauz was an extraordinary figure on the Polish political scene at the turn of the 20th century. A Marxist and patriot, academic and politician, Kelles-Krauz was most known for his efforts to reconcile the needs of the nation with international socialism. This volume, however, offers a selection of his writings centred on the history of ideas, published for the first time in English. Kelles-Krauz’s works, while Marxist at heart, linked ideas stemming from the concepts of German idealists, French positivists, as well as contemporary sociologists who offered a bridge between research on individuals and the workings of social systems. Kelles-Krauz, however, repeatedly transcended Marxist tenets, focusing on the construction of traditions, social norms, and the social role of art.

This edited volume was first published in Polish as Kazimierz Kelles-Krauz: Marksizm a socjologia. Wybór pism by Wydawnictwa Uniwersytetu Warszawskiego in 2014. This current work has been revised and translated into English.
E-Book 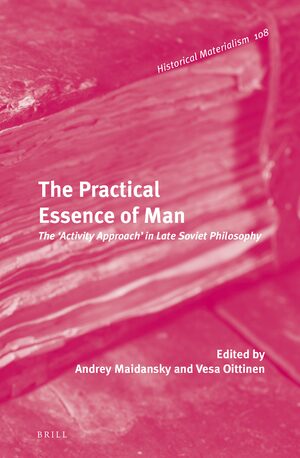 The Practical Essence of Man
The 'Activity Approach' in Late Soviet Philosophy
Series: Historical Materialism Book Series, Volume: 108
Editors: Andrey Maidansky and Vesa Oittinen
For the first time, this book presents to Western readers a current in the late Soviet philosophy of the 1960s and 1970s known as the ‘activity approach’. It had to some degree a counterpart in so-called cultural-historical psychology, but whilst the work of Vygotsky and Leontyev was received in the West decades ago, its sibling in philosophy has remained virtually unnoticed. Started by Evald Ilyenkov and other young Moscow philosophers in the early 1960s, the activity approach soon became an intellectual mode, leading to several different interpretations of human activity and challenging Marxist-Leninist orthodoxy. The book depicts in detail the rise and fall of this remarkable phenomenon in Soviet Marxism.