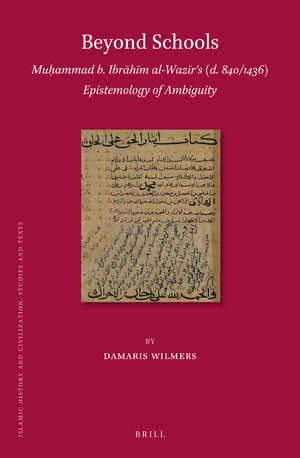 Beyond Schools: Muḥammad b. Ibrāhīm al-Wazīrʼs (d. 840/1436) Epistemology of Ambiguity
Series: Islamic History and Civilization, Volume: 154
Author: Damaris Wilmers
In Beyond Schools: Muḥammad b. Ibrāhīm al-Wazīrʼs (d. 840/1436) Epistemology of Ambiguity, Damaris Wilmers provides the first extensive analysis of Ibn al-Wazīrʼs thought and its role in the “Sunnisation of the Zaydiyya”, emphasizing its significance for conflicts between schools of thought and law beyond the Yemeni context. Contrasting Ibn al-Wazīrʼs works with those of his Zaydi contemporary Aḥmad b. Yaḥyā b. al-Murtaḍā, Damaris Wilmers offers a study of a number of heretofore unedited texts from 9th/15th century Yemen when Zaydi identity was challenged by an increasing theological and legal diversity. She shows how Ibn al-Wazīr, who has been classed with different schools, actually de-emphasized school affiliation and developed an integrative approach based on a unique theory of knowledge.
E-Book