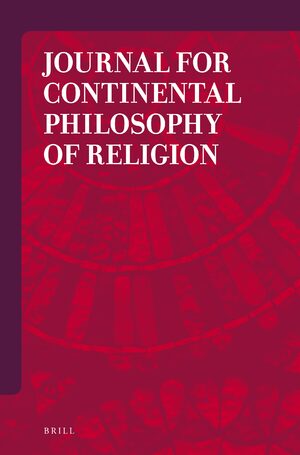 Between the Flesh and the Lived Body
Author: Jack Louis Pappas

This paper will discuss how the theological turn within phenomenology has contributed to the further development of discussions concerning Husserl’s distinction between the lived body (Leib) of the “flesh” and the extrinsically manifest “seen” body (Körper) by re-appropriating Christianity’s emphasis upon incarnation, as exemplified in the work of Michel Henry and Emmanuel Falque. For Henry, an additional “reduction to the flesh” must be enacted in order to overcome the dualistic opposition between “phenomenal body” on the one hand, and the living medium of flesh on the other, for the sake of returning to the original givenness of life. Yet, Falque criticizes Henry’s position as a kind of monism, just as problematic as the very dichotomy which it aims to criticize. Falque argues instead that the flesh must always be incorporated, “given back” to the body as a unity, possessing not only affect and life, but also solidity and visibility.

Though the problem of conceptual idolatry has captivated contemporary scholarship on the relationship between philosophy and theology, these discussions’ doctrinal consequences remain underdeveloped. I intervene in these debates by engaging and elucidating Martin Luther’s critique of scholastic metaphysics, a critique which foregrounds ontotheology’s spiritual and ecclesial detriments. Luther’s reforming works, from his pivotal 1525 De servo arbitrio to his last major project, the 1545 Genesis commentaries, reveal how a metaphysical theology based on natural reason leads to Pelagianism by generalizing faith to a rational conceptual norm, the moral Law. Returning, however, to Scripture’s “grammar” – which, when read plainly (simpliciter), deconstructs natural reason’s vanity – allows us to encounter Christ ‘in person’ rather than in the concept. Luther thus suggests sola scriptura as a method for resisting ontotheology, but with dramatic dogmatic consequences, such as justification by faith alone. These consequences complicate modernity’s, and especially modern philosophy’s, theological origins and implications.

The Nietzschean Body and the Death of God
Author: Nibras Chehayed

“God is dead!” This is one of the most famous claims in Nietzsche’s philosophy, difficult to fully affirm. While the higher men fail to overcome the ghost of God, Zarathustra joyfully affirms God’s death. This affirmation deconstructs the metaphysical and moral concept of “divinity,” turning it into a metaphor. The new metaphor of the divine, mainly developed through the figure of Dionysius, expresses the capacity of affirming life beyond the old values, related to the dead God. It also involves the creation of a higher body beyond the body of despair, associated with these values. The purpose of this paper is to study the relationship between the death of God and the body in Nietzsche’s account by analyzing the meanings of this death for the higher men, the question of the divine in Zarathustra’s account, and the status of the Dionysian body.

The World as a Theological Problem
Author: Martin Koci

We have no other experience of God but the human experience, claims Emmanuel Falque. We – human beings – are in the world. Whatever we do, whatever we think and whatever we experience happens in the world and is mediated by the manner of the world. This also includes religious experience. Reflection on the possibility of religious experience – the experience of God – suggests that the world is interrupted by someone or something that is not of the world. The Christian worldview makes the tension explicit, which is perhaps why theology neglects the concept and fails in any proper sense to address the world. Through following the phenomenologist Jan Patočka, critiquing the theologian Johann B. Metz and exploring the theological turn in phenomenology, I will face the challenge and argue for a genuine engagement with the world as a theological problem.

Halakhic Truth and Erroneous Ruling: a Study of the Philosophy of Halakhah in the School of R. Nissim of Gerona—R. Isaac Bar Sheshet and R. Ḥasdai Crescas
Author: Aviram Ravitsky

This study analyzes the attitude toward the conflict between halakhah and science in the thought of two halakhic authorities of fifteenth-century Spain who developed the ideas of their master, R. Nissim of Gerona, in different directions. R. Isaac bar Sheshet Perfet (Rivash) privileged halakhah over science for epistemological reasons because of its basis in revelation and tradition, but it appears that R. Ḥasdai Crescas stressed faith in the halakhic authority of the sages, even in cases of an erroneous ruling, as a way to increase the believing Jew’s motivation to serve God.

Is Technology Jewish? A Conversation with Heidegger
Author: Elad Lapidot

This essay examines the relation between Heidegger’s thoughts on technology and his anti-Jewish passages in the Black Notebooks. Going beyond the debate on anti-Semitism, the essay proposes a reading of these passages in their immediate context, which is Heidegger’s earlier critique of modern technology. To frame and further contextualize this reading, the first part of the essay introduces the broader horizon of Heidegger’s work on technology, tracing its internal development from the mid-1930s to his final words.