This note examines one cluster of accounts on the trial of al-Ḥallāǧ (d. 309/922) in two near-contemporary and one later historian, looking at how each author uses the material and how such material functions within their specific work. 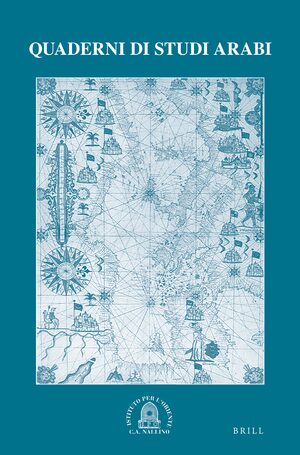 It is widely known that al-Maqrīzī relied extensively on the work by the Coptic author Ibn al-ʿAmīd for the chapter on the Copts included in his Kitāb al-Ḫiṭaṭ. Some scholars have assessed that the text known as Kitāb Hurūšiyūš, which was compiled by a Christian from al-Andalus, was also a major source for large fragments of al-Maqrīzī’s al-Ḫiṭaṭ. More recently, it has been argued that al-Maqrīzī also relied on those two Christian sources for his last major work, al-Ḫabar ʿan al-bašar. In this article, I intend to offer a more comprehensive survey of the use of both sources by al-Maqrīzī. By providing a good many examples, I aim to demonstrate that al-Maqrīzī built on them entire sections or long passages of his books, but also turned to them frequently to add in short reports, variant versions, a date, a nasab, or any information he considered relevant to his work.

The Chronicle of John of Nikiu: Its Arabic Vorlage and Its Afterlife in Ethiopia
Author: Daria Elagina

The Chronicle of John of Nikiu is an important historiographical text which was most probably composed in Coptic but only survives in its Ethiopic translation, executed from an Arabic intermediate version. Although none of the witnesses to the earlier stages of the text transmission has been found so far, the Ethiopic version offers some material which allows for speculations on the possible text transformation in the course of time. The impact of the Chronicle on the literary production of Ethiopia documents a peculiar process of text reception.

History and adab in the Kitāb al-Maʿārif of Ibn Qutayba
Author: Francesca Bellino

This article frames the Kitāb al-Maʿārif of Ibn Qutayba (d. 276/889) against the background of the evolution of the Abbasid historiography and the emergence of early forms of Islamic universal histories in particular. It also provides an analysis of the work in terms of its aim, recipients, structure, contents, sources, and style. It draws attention to the three main dimensions of chronology, genealogy and onomastics that so deeply characterize Ibn Qutayba’s general approach in his sketch of the outline of Islamic history. It shows that it is an adab work insofar as it offers a set of useful knowledge needed by the non specialist reader, namely the non-historian, whether he is a kātib, an adīb, or any other figure working in the Abbasid bureaucracy. The final part of the article looks at the inclusion of materials related to the centuries preceding the rise of the Prophet Muḥammad and Islam as they are presented in the chapter on the mulūk.

Kitāb al-Maǧdal is a large East Syrian theological treatise that was composed in Arabic, probably in the late tenth or early eleventh century CE. One section of the work is an ecclesiastical history of the Church of the East. This essay argues that close analysis of this section reveals that elite East Syrian identity in the period overlapped to a significant extent with contemporary Muslim identity, at the level of vocabulary and conceptions of revelation and communal history. In this sense, the work represents a kind of “inter-confessional” history writing. The essay aims to contribute to recent studies of Middle Eastern Christian identity and historiography, which have focused of Syriac sources and/or late antiquity rather than Arabic sources for the Islamic middle periods.

Jews as Producers and Consumers of History in the Medieval Islamicate World
Author: Phillip I. Lieberman

The Jews of the medieval Islamicate world were avid consumers and producers of history. In this article, I discuss the major modes of historical writing among the Jews of the period and introduce the question of how that historical writing was used by those Jews. In considering the Sitz im Leben of historical writing, I explore the role of internal communal apologetic, anti-sectarian polemic, inter-religious attack, political support and challenge, entertainment, the contextualizing of philosophy, consolation after adversity, and preparation for eschatological redemption. I pay particular attention to the rewriting of Others’ histories – Christian, Islamic, and Jewish sectarian – and the role these often-popular rewritten histories played in medieval Jewish society. This panoply of historical writing challenges an important scholarly view that Jewish consumption of history was minimal and served a limited range of “religious” needs within the medieval Jewish community.

This article investigates the attitude of al-Masʿūdī to the world around him by focusing on a minor theme in his works: the interaction between Jews and Christians throughout history. The hypothesis of the article is that this theme, which also plays a role in the foundational texts of Islam, would provoke al-Masʿūdī to express some of his views on these religious communities, rather than merely describing their doctrines and customs in his usual non-committal way. This hypothesis turns out to be correct: al-Masʿūdī engages with the tensions between the two communities and seems to subscribe to the Christian anti-Jewish clichés that he integrates. At the same time, he uses more subtle ways to criticize Christians too. In other instances, he takes on a rather traditional supersessionist tone, with which he dismisses both communities. One has to conclude that al-Masʿūdī did not feel the need to press one specific viewpoint on these issues, which as such is telling for his historiographical style.