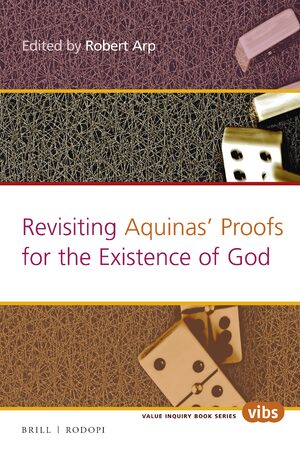 Revisiting Aquinas’ Proofs for the Existence of God.
Series: Value Inquiry Book Series, Volume: 289and Philosophy and Religion, Volume: 289
Editor: Robert Arp
Edited and introduced by Robert Arp, Revisiting Aquinas’ Proofs for the Existence of God is a collection of new papers written by scholars focusing on the famous Five Proofs or Ways ( Quinque Viae) for the existence of God put forward by St. Thomas Aquinas (1225-1274) near the beginning of his unfinished tome, Summa Theologica. It is not an exaggeration to say that not only is Aquinas’ Summa a landmark text in the history of Western philosophy and Christianity, but also that the Five Proofs discussed therein—namely, the arguments that conclude to the Unmoved Mover, Uncaused Cause, Necessary Being, Superlative Being, and Intelligent Director—are as compelling today as they were in the 13th Century. Written in a debate format with different scholars arguing for and against each Proof, the papers in the book consist of arguments utilizing various combinations of contemporary science and philosophical ideas to bolster the positions. The result is a revisiting of Aquinas’ Proofs that is relevant, stimulating, enlightening, and refreshing.

EUR  €70.00USD  $93.00
1 How to do Transcendence with Words? The Problem of Articulation in Religious Experience
Author: Jörg Lauster 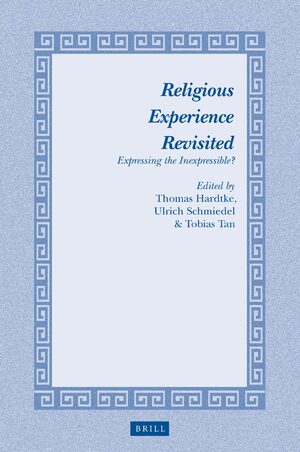 10 Supra-Religious? The Concept of Transcendental Experience and the (In-)Accessibility of the Absolute
Author: Knut Wenzel

11 The Trouble with Trust in the Transcendent: Ernst Troeltsch’s Reception of William James
Author: Ulrich Schmiedel