Economies that derive substantial government revenues from natural resources face the unique challenge of implementing fiscal regimes that deliver a fair share of rents without discouraging private investment in extractive sectors. However, designing progressive and non-distortionary fiscal tools requires an evaluation of the current fiscal regime and the extent to which it captures the resource rent – the surplus return above the value of capital, labor, and opportunity costs incurred to exploit the resource. To evaluate the efficiency of the Philippines’ fiscal regime, we compare the resource rent to government revenues from mining activity. Then, we estimate the effective tax rates under the current fiscal regime and other combinations of fiscal tools. First, we look at aggregated tax payments of all large-scale mining companies over a ten-year period and compare them with the estimated resource rent. Second, we model the different tax regimes using firm-level data from a nickel mine. We propose a fiscal regime for the mining sector in the Philippines that is least distortionary while appropriate given the country’s regulatory context and administrative capacity. 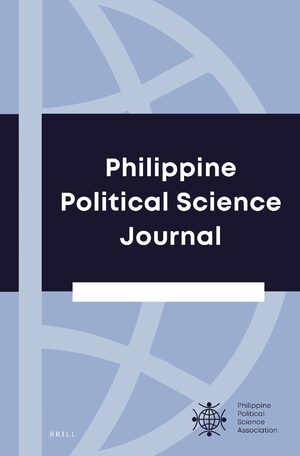 The uprising alternately called EDSA Revolution or People Power Revolution or EDSA People Power Revolt, which led to the downfall of Filipino dictator Ferdinand Marcos in 1986, supposedly ushered in the formal restoration of civil freedoms that had been snatched away by Marcos’ martial law. In the aftermath of the uprising, formal democratic institutions and civil rights were returned, including the right to free elections and the right to peaceful assembly. But as this article seeks to show, the administrations after EDSA have been marred by the neglect of workers’ welfare and the failure to address old labor concerns such as inadequate wages, job precarity, and contractualization. Given the shortage of employment opportunities in the Philippines, the administrations after EDSA have also promoted migration as its de facto job-generating mechanism. But the export of human resources is not without its ugly consequences, such as making overseas Filipino workers (OFWs) susceptible to abuse and exploitation. Deploying the notion of counter-history and using various materials from both government and non-government organizations, this article undertakes to critically assess the labor conditions during the historical period after the fabled EDSA People Power Revolt, and concludes that no notable changes have taken place.

The Philippines in 2018: a Year of Disruption and Consolidation
Author: Arjan Aguirre

2018 is a year of so much uneasiness and tension in Philippine politics. It saw one of the greatest crises in the Supreme Court, the bloodiest period in local politics of late, and successive attempts to silence critics of the president and the government. This year also witnessed major political alignments in the Duterte administration: a change in the leadership of the Senate, the election of Gloria Macapagal Arroyo as Speaker of the House, the rivalry between Hugpong ng Pagbabago and Partido Demokratiko ng Pilipinas-Lakas ng Bayan, and the eventual termination of the alliance with the radical left. This review aims to understand these developments in Philippine politics. It seeks to know why are there so many rifts and shifts in the political rule of Duterte. These changes can be interpreted as part of an ongoing transition toward democratic regression under the Duterte regime. The disruptive events that ensued throughout the year should be understood as the offshoot of the extant efforts to alter the political status quo since the election of Duterte in 2016. The administration uses these events to consolidate its power by rallying its supporters for the 2019 midterm elections and reconfiguring the alignments within the Duterte bloc.

Rock Solid: How the Philippines Won Its Maritime Case against China , written by Marites Dañguilan Vitug
Author: Jaime B. Naval