The Hebrew and Aramaic Lexicon of the Old Testament, Volume 5 Aramaic Lexicon & Supplementary Bibliography
Authors: Koehler and Baumgartner
The first volume of the English version of this classic reference tool for Bible scholars was published in 1994, and the subsequent publication of the other volumes has made it the standard modern English dictionary for Biblical Hebrew. It is based on the third edition of the Lexicon of Ludwig Koehler and Walter Baumgartner, which has been widely acclaimed as the most up-to-date complete dictionary for the Old Testament and related literature.

This complete and unabridged translation has been prepared by Richardson with the co-operation of an international team of Hebrew and Old Testament scholars. Some slight modifications have been introduced to make it more useful to readers in the English speaking world.

The appearance of this fifth and final volume means that the complete vocabulary of the Hebrew Bible, including those parts of books which are written in Aramaic, is now available. By extension it also includes those variants from the different textual traditions (Oriental, Samaritan, Septuagint, Ben Sira, Qumran, etc.), as well as parallel expressions in other ancient non-Biblical documents.

It combines scholarly thoroughness with easy accessibility, and so the dictionary meets the needs of a wide range of users. The enormous advances that have taken place in the field of Semitic linguistics since the days of the older dictionaries of Classical Hebrew are here well documented and assessed, as well as the often detailed discussions in modern Bible commentaries of words where the meaning is particularly difficult. But the alphabetical ordering of entries rather than the traditional arrangement of words according to their roots maintains a user friendly face, which is particularly helpful to the beginning student, and will also save the advanced user much time.

Included in this last volume is an extensive bibliography to cover all the secondary sources to which the original authors made reference. It is hoped that this will be particulary useful, especially when used in combination with the CD-rom version of the Dictionary.
Hardback 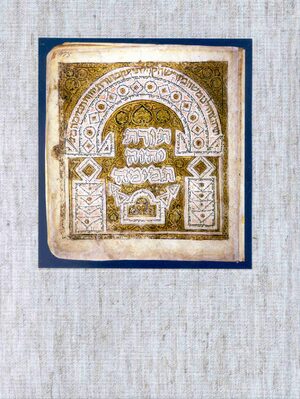 Biblia Hebraica Leningradensia
Prepared according to the Vocalization, Accents, and Masora of Aaron ben Moses ben Asher in the Leningrad Codex, with Adaptations to Halakhic Requirements
Editor: Dotan
The most accurate edition of the Leningrad Codex in print, the Biblia Hebraica Leningradensia presents a thoroughly revised, reset, and redesigned edition of the Hebrew Bible meticulously prepared by renowned masoretic scholar Aron Dotan. The BHL includes features that suit it for research, classroom, and liturgical use. Scholars will find this a welcome edition of the Leningrad Codex, the oldest complete manuscript of the Hebrew Bible, whose text and layout it precisely follows. A foreword and four appendices provide the researcher with important details and distinctions about the codex. In addition to being a scientific edition, it was originally commissioned in Israel to follow the necessary adaptations that qualify it for Jewish liturgical use, such as divisions into weekly portions and their subdivisions for synagogue reading.
Hardback 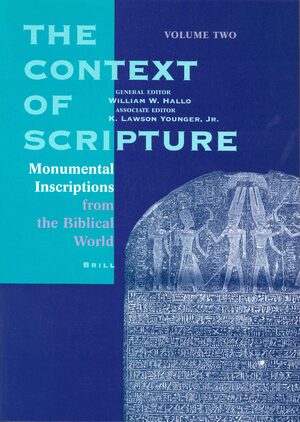 The Context of Scripture, Volume 2 Monumental Inscriptions from the Biblical World
Editors: William W. Hallo and Younger
The Context of Scripture illuminatingly presents the multi-faceted world of ancient writing that forms the colourful background to the literature of the Hebrew Bible. Designed as a thorough and durable reference work for all engaged in the study of the Bible and the Ancient Near East, and involving many of the world’s outstanding scholars in the field, it provides reliable access to a broad, balanced and representative collection of Ancient Near Eastern texts that have some bearing on the interpretation of the Bible. Translations of recently discovered texts are included, alongside new translations of better-known texts and in some cases the best existing translations of such texts.

The substantial three-volume work, with its specially designed page layout and large format, features full cross-referencing to comparable Bible passages, and new, up-to-date bibliographical annotations with judicious commentary. Its many distinct advantages over other collections will ensure the place of The Context of Scripture as a standard reference work for the 21st century.

Volume II, Monumental Inscriptions from the Biblical World, is devoted to building and votive inscriptions, seals, weights, treaties, collections of laws, and other genres originally inscribed on durable mediums or in multiple copies for long-term survival. Many are royal inscriptions, and nearly all are crucial to the reconstruction of the history of the Biblical world.
Hardback


User-friendly
Another important advantage is that it offers a strictly alphabetical order of entries rather than an arrangement by verbal roots. This user-friendly feature makes the dictionary especially suited to the beginning student of classical Hebrew, but will also save the more advanced user much time. Specialist users will find here a wealth of bibliographical information on Old Testament exegesis.

Wide range of users
The complete and unabridged translation has been prepared by an international team of Hebrew and Old Testament scholars. Combining scholarly thoroughness with easy accessibility, the dictionary meets the needs of a wide range of users from the beginning student of biblical Hebrew to the specialized scholar in biblical studies, Semitic studies or ancient Judaism, as well as academic libraries, theological seminaries, and institutions. 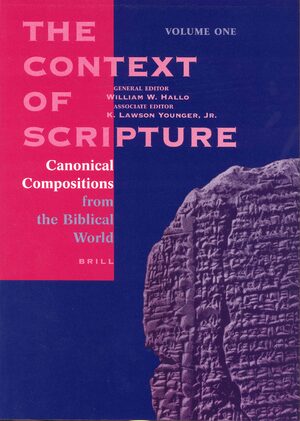 The Context of Scripture, Volume 1 Canonical Compositions from the Biblical World
Editors: William W. Hallo and Younger
The "first half of history" covers the interval between the invention of writing in Sumer and the floruit of classical Greece. During these two and a half millennia (ca. 3000-500 BCE), the Near East is the primary locus of written documentation, and thus the place where the emergence of humanity's achievements can be followed in detail. Two centuries of persistent exploration of the Near East have led to the recovery of much of this documentation, and the recovery continues at an unabated pace. The discoveries made in the field, and their interpretation in the scholarly literature, are brought to the attention of a wide public in three volumes, prepared by leading scholars in all the principal language areas of the ancient Near East.
The first volume, Canonical Compositions from the Biblical World, is devoted to "literary" texts - those responses to the world about them by which the creative minds of antiquity sought to come to terms with their environment, real or imaginary. The second volume, Monumental Inscriptions from the Biblical World, emphasizes "historical" texts: the monuments in which the rulers attempted to memorialize their achievements and lesser mortals expressed their loyalty or piety. The third volume, Archival Documents from the Biblical World, incorporates "economic" texts - the unassuming records of daily life which nonetheless go far toward permitting the reconstruction of social, legal and commercial institutions that concerned the majority of humanity.
All these canons, monuments and documents provide the context in which Biblical literature flowered. They have therefore been selected in part to illuminate the comparisons or contrasts with specific Biblical passages that have been identified in the scholarly literature. These passages are identified in each selection, and in the extensive bibliography provided. Other selections have been made to illustrate the range of the ancient documentation, or to highlight new discoveries. Elaborate indices are designed to call attention, not only to Biblical parallels, but to those among the ancient sources themselves.
This authoritative three-volume reference work is an invaluable research tool and essential reading for all those engaged in the study of the Hebrew Bible in its ancient Near Eastern context.
Hardback

Grammatica van het Bijbels Hebreeuws. Hulpboek bij de Grammatica van het Bijbels Hebreeuws.
Editors: J.P. Lettinga and Muraoka
This volume deals with the essentials of Biblical Hebrew grammatical structure. It is designed as a textbook for complete beginners, though it is detailed enough to arouse the interest of students wishing to learn a little more than the bare essentials and to see the language in the light of its earlier phases. Partly for the latter purpose there are constant references to the appropriate parts of the two advanced Biblical Hebrew grammars, Joüon-Muraoka and Waltke-O'Connor.
Unlike most grammars of its kind, this work contains a fairly extensive syntax section. The appended Hulpboek contains a considerable amount of exercise material and a selection of biblical texts and an inscription with annotations and cross-references to the main body of the grammar. Furthermore, there are a glossary, a set of paradigms, a subject index, and a list of technical terms with explanatory notes drawn on non-Hebrew examples. The volume is a considerably rewritten, revised version of the ninth edition of Lettinga's grammar.
Paperback 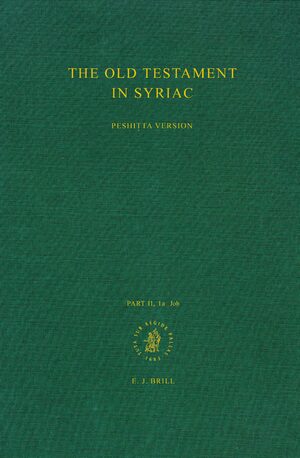