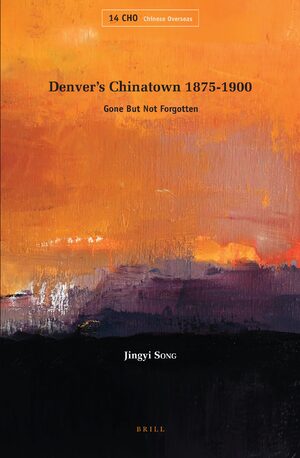 Denver’s Chinatown 1875-1900
Gone But Not Forgotten
Series: Chinese Overseas, Volume: 14
Author: Jingyi Song
Denver’s Chinatown 1875-1900: Gone But Not Forgotten explores the coming of the Chinese to the Western frontier and their experiences in Denver during its early development from a supply station for the mining camps to a flourishing urban center. The complexity of race, class, immigration, politics, and economic policies interacted dynamically and influenced the life of early Chinese settlers in Denver. The Denver Riot, as a consequence of political hostility and racial antagonism against the Chinese, transformed the life of Denver’s Chinese, eventually leading to the disappearance of Denver's Chinatown. But the memory of a neighbored that was part of the colorful and booming urban center remains.
E-Book