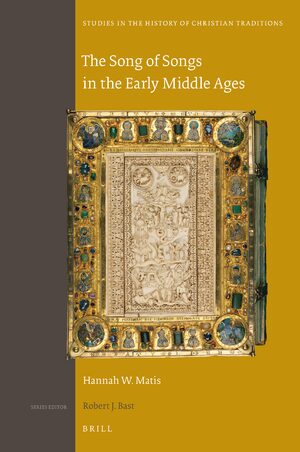 The Song of Songs in the Early Middle Ages
Series: Studies in the History of Christian Traditions, Volume: 191
Author: Hannah W. Matis
In The Song of Songs in the Early Middle Ages, Hannah W. Matis examines how the Song of Songs, the collection of Hebrew love poetry, was understood in the Latin West as an allegory of Christ and the church. This reading of the biblical text was passed down via the patristic tradition, established by the Venerable Bede, and promoted by the chief architects of the Carolingian reform. Throughout the ninth century, the Song of Songs became a text that Carolingian churchmen used to think about the nature of Christ and to conceptualize their own roles and duties within the church. This study examines the many different ways that the Song of Songs was read within its early medieval historical context.
E-Book