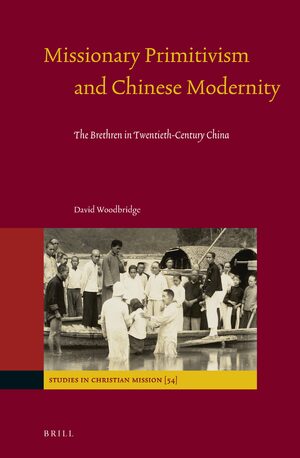 Missionary Primitivism and Chinese Modernity
The Brethren in Twentieth-Century China
Series: Studies in Christian Mission, Volume: 54
Author: David Woodbridge
In Missionary Primitivism and Chinese Modernity: the Brethren in Twentieth-Century China, David Woodbridge offers an account of a little-known Protestant missionary group. Often depicted as extreme and marginal, the Brethren were in fact an influential force within modern evangelicalism. They sought to recreate the life of the primitive church, and to replicate the simplicity and dynamism of its missionary work.
Using newly-released archive material, Woodbridge examines the activities of Brethren missionaries in diverse locations across China, from the cosmopolitan treaty ports to the Mongolian and Tibetan frontiers. The book presents a fascinating encounter between primitivist missionaries and a modernising China, and reveals the important role of the Brethren in the development of Chinese Christianity.
E-Book