Austroasiatic Syntax in Areal and Diachronic Perspective
Series: Languages of Asia, Volume: 23
Editors: Mathias Jenny, Paul Sidwell and Mark Alves
Austroasiatic Syntax in Areal and Diachronic Perspective elevates historical morpho-syntax to a research priority in the field of Southeast Asian language history, transcending the traditional focus on phonology and lexicon. The volume contains eleven chapters covering a wide range of aspects of diachronic Austroasiatic syntax, most of which contain new hypotheses, and several address topics that have never been dealt with before in print, such as clause structure and word order in the proto-language, and reconstruction of Munda morphology successfully integrating it into Austroasiatic language history. Also included is a list of proto-AA grammatical words with evaluative and contextualizing comments.
E-Book 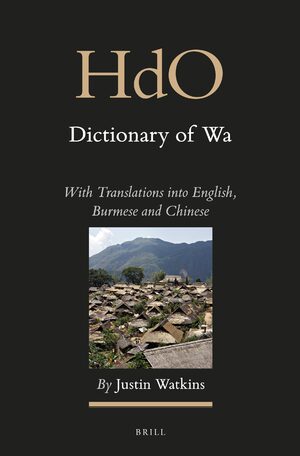 Dictionary of Wa (2 vols)
With Translations into English, Burmese and Chinese
Series: Handbook of Oriental Studies. Section 3 Southeast Asia, Volume: 21
Author: Justin Watkins
The northern Mon-Khmer language Wa is a group of dialects spoken by about a million people on the China-Burma border. The Dictionary of Wa documents the lexicon of a digitised corpus comprising the majority of extant printed resources in the two closely related de facto standard Wa dialects.
Approximately 12,000 headwords and compounds are translated and explained in Burmese, Chinese and English, with some 7,000 example sentences, similarly translated. The dictionary is alphabetised in the Wa orthography officially adopted by the authorities in the Wa Special Region in Burma, a revised and improved version of the spelling first devised for translations of the Bible in the 1930s; headwords are given also in the spelling devised for Wa publications in China. 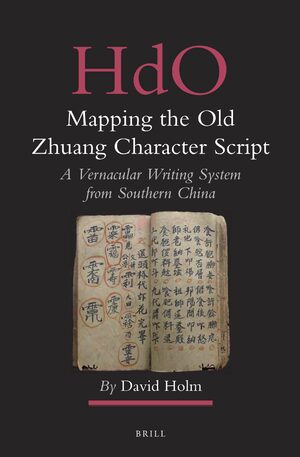 Mapping the Old Zhuang Character Script
A Vernacular Writing System from Southern China
Series: Handbook of Oriental Studies. Section 4 China, Volume: 28
Author: David Holm
The traditional Zhuang script is a character script based on Chinese, adapted for the purpose of writing the Tai languages of southern China and northern Vietnam. Mapping the Old Zhuang Character Script by David Holm, presents for the first time a systematic overview of such a script, based on a survey of traditional texts in 45 locations among the Zhuang and related peoples in Guangxi, Guizhou, eastern Yunnan, and northern Vietnam. Complete with 133 maps, it looks at patterns of geographic variation in relation to dialect, the domains of former native chieftaincies, the activities of ritual masters and Taoist priests, large-scale migrations, and the transplantation of garrisons of native troops. Internal evidence indicates the script has a history going back well before the Tang.
E-Book