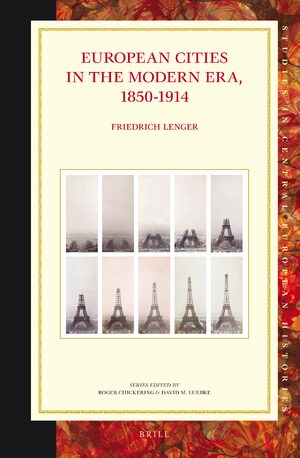 European Cities in the Modern Era, 1850-1914
Series: Studies in Central European Histories, Volume: 57
Author: Friedrich Lenger
In European Cities in the Modern Era, 1850-1914 Friedrich Lenger analyses the demographic and economic preconditions of European urbanization, compares the extent to which Europe’s cities were characterized by heterogeneity with respect to the social, national and religious composition of its population and asks in which way differences resulting from this heterogeneity were resolved either peacefully or violently.

Using this general perspective and extending the scope by including Eastern and Southern Europe the dominant view of Europe’s prewar cities as islands of modernity is challenged and the ubiquity of urban violence established as a central analytical problem.