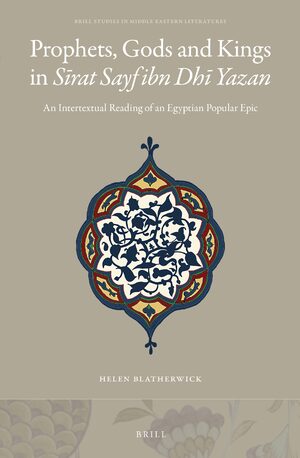 Prophets, Gods and Kings in Sīrat Sayf ibn Dhī Yazan
An Intertextual Reading of an Egyptian Popular Epic
Series: Brill Studies in Middle Eastern Literatures, Volume: 38
Author: Helen Blatherwick
This book is a literary, intertextual study of an Egyptian popular epic. In this innovative study, Helen Blatherwick investigates how various sources, including Islamic qiṣaṣ al-anbiyāʾ (‘tales of the prophets’), Pharaonic, Graeco-Roman and Coptic Egyptian myths and narratives, and recensions of the Alexander Romance function as intertexts within Sīrat Sayf. Blatherwick argues that these intertexts are deployed as narrative devices which are readily recognisable to the story's audience, and that they are significant carriers of meaning and theme. Crucially, these intertexts also interact within Sīrat Sayf to bring a conceptual continuity to its discussion of kingship and society that stretches from this late-medieval epic back to ancient Egyptian narratives.
E-Book