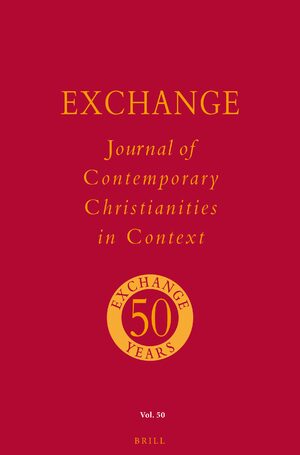 This article explores the role of Pentecostal-Charismatic teachings of growth and success in the context of Christian labor migrants’ efforts to “make it” in the predominantly Muslim society of Zanzibar. The study ethnographically assesses how dreams of making money and accumulating wealth in the islands’ growing tourist economy are addressed in teachings on how to mature spiritually through a combination of classic holiness living and ideas of how to reach and maximize people’s inner potential. Tracing the different theological ideas behind the promise of successfully attaining the good life suggests that the view of how prosperity is communicated within Pentecostal-Charismatic Christianity in Africa needs to be nuanced in light of its diversity as well as in relation to local contextual circumstances. Thus, the case underlines how neo-Pentecostal ideas of realizing potential mingle with classic Pentecostal teachings emphasizing striving and hard work which, in Zanzibar, stress time and endurance in order to become a successful migrant in both material and spiritual terms.

Listening to the People of the Land. Christianity, Colonisation and the Path to Redemption , edited by Susan Healy
Author: Stefan Silber

Lamin O. Sanneh of the Yale Divinity School passed on in January 2019 at the age of seventy-six years. He would go down in history as one of the pioneering authors in the field of World Christianity. Sanneh’s impressive legacy of Christian scholarship includes his being a co-founder with Andrew F. Walls of the Yale-Edinburgh Conference that is held annually, alternating between the Yale and Edinburgh schools of divinity. Lamin Sanneh wrote a lot on both Christianity and Islam and this reflection on his legacy focuses on how Africa is presented in his works. The translation of the Scriptures, Lamin Sanneh noted, enhanced the place of Christianity in Africa and contributed directly to the reform, renewal and revival of the faith on the continent. He celebrated western missionaries for their work in promoting translation, but what purpose would that have served without indigenous assimilation of Christianity? In this work, we discuss the place of Africa in World Christianity as the continent and her Christians appear in Sanneh’s writings on World Christianity.

In the post-colonial history of presidential aspirants in Zimbabwe, no politician has been as overtly religious as Nelson Chamisa, the current leader of the Movement for Democratic Change (MDC). Chamisa identifies himself as a politician and a pastor whose politics are guided by his Christian faith. However, he took religious rhetoric to mobilise support to an unprecedented level when he explicitly blurred the boundaries between functions by calling for and leading a week of fasting and prayer from 29th July to 4th August 2019. Through a digital ethnography of Chamisa’s Twitter posts and the direct responses to them posted by members of the public during the fasting and prayer week, this article investigates how this call was received by those who responded on Twitter and what this tells us about Zimbabweans’ perceptions of religious politics, that is, the deployment of dominant religions like Christianity in politics.

The Rise of Pentecostalism in Modern El Salvador. From the Blood of the Martyrs to the Baptism of the Spirit , written by Timothy H. Wadkins
Author: Henri Gooren