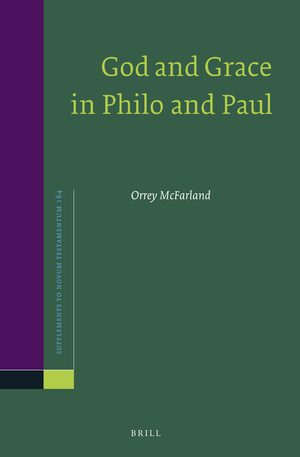 God and Grace in Philo and Paul
Series: Novum Testamentum, Supplements, Volume: 164
Author: Orrey McFarland
In God and Grace in Philo and Paul, Orrey McFarland examines how Philo of Alexandria and the Apostle Paul understood divine grace. While scholars have occasionally observed that Philo and Paul both speak about God’s generosity, such work has often placed the two theologians in either strong continuity or stark discontinuity without probing into the theological logic that animates the particularities of their thought. By contrast, McFarland sets Philo and Paul in conversation and argues that both could speak of divine gifts emphatically and in formally similar ways while making materially different theological judgments in the context of their concrete historical settings and larger theological frameworks. That is, McFarland demonstrates how their theologies of grace are neither identical nor antithetical.
E-Book