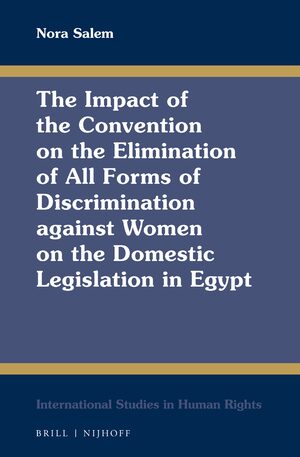 The Impact of the Convention on the Elimination of All Forms of Discrimination against Women on the Domestic Legislation in Egypt
Series: International Studies in Human Rights, Volume: 124
Author: Nora Salem
By virtue of ratifying the Women’s Convention, Egypt is internationally obliged to eliminate gender discrimination in its domestic legislation. Yet, women in Egypt face various forms of discrimination. This may legally be justified through Sharia-based reservations, which many Muslim-majority countries enter to human rights treaties to evade an obligation of implementation where Human Rights run counter to Sharia. This book examines the compatibility of Sharia-based reservations with international law and identifies discrepancies between Sharia and domestic law in order to determine rights Egyptian women are entitled to according to Sharia, and yet denied under Egyptian law. Account is moreover given to Egypt’s implementation efforts in the non-reserved areas of law. To this end, Egypt’s 2014 Constitution and four areas of statutory law are examined as case studies, namely, female genital mutilation; human trafficking; nationality; and labor law.
E-Book 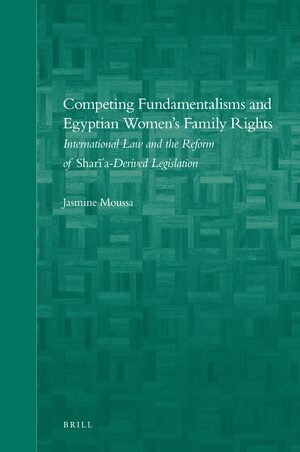 Competing Fundamentalisms and Egyptian Women’s Family Rights
International Law and the Reform of Sharī’a-derived Legislation
Series: Brill's Arab and Islamic Laws Series, Volume: 4
Author: Jasmine Moussa
The debate surrounding women’s family rights under Sharī’a-derived law has long been held captive to the competing fundamentalisms of universalism and cultural relativism. These two conflicting perspectives fail to promote practical tools through which such laws can be reformed, without prejudice to their religious nature. This book examines the development of Egypt’s Sharī’a-derived family law, and its compatibility with international obligations to eliminate discrimination against women. It highlights the interplay between domestic reform processes, grounded in the tools of takhayyur, talfiq and ijtihad, and international institutions and mechanisms. In attempting to reconcile these two seemingly dissonant value systems, this book underscores the shortcomings of Egypt’s legislation, proposes particular reforms, while simultaneously presenting alternatives to insular interpretations of international women’s rights law.
E-Book 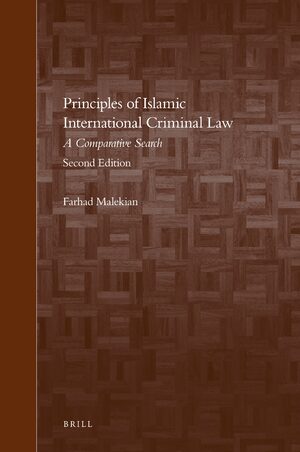 Principles of Islamic International Criminal Law
A Comparative Search
Series: Brill's Arab and Islamic Laws Series, Volume: 5
Author: Farhad Malekian
While the system of international law is improving enormously and certain legal provisions are becoming an integral part of jus cogens norms, this body of law must be studied together with other systems which have basically been effective in its development. The principles of the rule of law must be evaluated collectively rather than selectively. In fact, most Islamic nations have ratified the ICC Statute. They have thereby contributed to the establishment of the pillars of morality, equality, peace and justice. At the same time, those pillars may be strengthened by means of an accurate interpretation of the principles of international criminal laws by all parties. The objective of these comparative philosophies is to examine their core principles, similarities and differences. The intention is to indicate that the variation in theories may not obstruct the legal implementation of international criminal law if their dimensions are judged objectively and with the noblest of motives towards mankind.
E-Book

3. The Prohibition Of Discrimination Under CEDAW And The Role Of The CEDAW Committee
Author: J. Moussa

6. Gender (In)equality And The Shari’a In Egypt’s Constitution: The Role Of The Supreme Constitutional Court
Author: J. Moussa