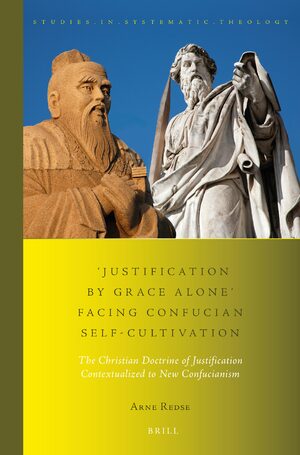 'Justification by Grace Alone' Facing Confucian Self-Cultivation
The Christian Doctrine of Justification Contextualized to New Confucianism
Series: Studies in Systematic Theology, Volume: 18
Author: Arne Redse
Chinese contexts as influenced by the religious moral philosophy of New Confucianism are characterized by the idea of becoming a sage through self-cultivation. For Christian theology – with its emphasis on God’s grace rather than on self-cultivation – Confucian teaching in this matter may appear as a problem.

Chinese Christian theology may ask: How can the Christian doctrine of justification by grace alone be contextualized in Chinese contexts which are characterized by the contradicting idea of self-cultivation? Another question may be equally interesting for Christian theology in all contexts: Which insights can be attained from an attempt at contextualizing the Christian doctrine of justification to contexts influenced by New Confucianism?

In this book professor Arne Redse contributes to answering these questions. 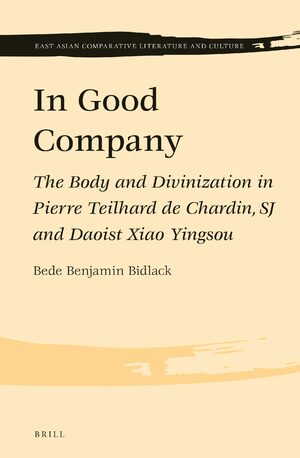 In Good Company
The Body and Divinization in Pierre Teilhard de Chardin, SJ and Daoist Xiao Yingsou
Series: East Asian Comparative Literature and Culture, Volume: 5
Author: Bede Benjamin Bidlack
In Good Company answers a question that has confounded Christian theologians: What is the nature of the body that will enjoy resurrection at the end of time? In this exciting work of comparative theology, Bede Benjamin Bidlack derives a theory of the body from the French Jesuit, Pierre Teilhard de Chardin, by putting him in dialogue with the Song Dynasty Daoist Xiao Yingsou. In addition to its contribution to comparative theology, In Good Company offers the first translation of the preface of Xiao’s commentary on the Duren jing in a Western language, as well as a careful explication of the provocative mountain diagram therein. Bidlack presents an original contribution for both scholars of Christian theology and Chinese religion.

“An excellent example of comparative theology, Bede Bidlack’s In Good Company demonstrates how certain lacunae in one tradition may be addressed by drawing on resources from another religion. Having identified a neglect of the body in the work of Pierre Teilhard de Chardin, and in much of the Christian tradition of divinization, Bidlack discusses the work of Daoist scholar Xiao Yingsou as a possible source of inspiration and theological imagination.”
– Catherine Cornille,
Newton College Alumnae Chair,
Professor of Comparative Theology,
Boston College

“In Good Company takes comparative theology to a new level: it not only places Daoism front and center, but also opens Christian spirituality to a wider dimension. Concerned with the two core themes of the body and personal divinization (or resurrection), the book centers on the work of two influential thinkers in their traditions: Teilhard de Chardin and Xiao Yingsou. Although 800 years apart, their visions of the body as the
means to ultimate fulfillment, in close relation to divinity and the cosmos as a whole, powerfully enhance each other, as do their understanding of the intricate process of personal divinization. The book is challenging in its outlook, unsettling in its destabilization of terms, and brilliant in its interweaving of the two traditions. A must for anyone concerned with the new global environment of religious pluralism and the ongoing process of
interreligious dialogue.”
– Livia Kohn, Professor
Emerita of Religion & East Asian Studies,
Boston University

2 The Body and Divinization in Teilhard
Author: Bede Benjamin Bidlack