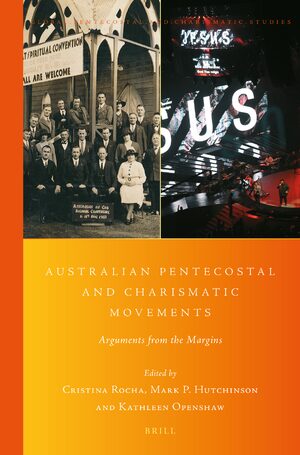 The European Encounter with Hinduism in India
Series: Currents of Encounter, Volume: 62
Author: Jan Peter Schouten
In The European Encounter with Hinduism Jan Peter Schouten offers an account of European travellers coming into contact with the Hindu religion in India. From the thirteenth century on, both traders and missionaries visited India and encountered the exotic world of Hindus and Hinduism. Their travel reports reveal how Europeans gradually increased their knowledge of Hinduism and how they evaluated this foreign religion. Later on, although officials of the colonial administration also studied the languages and culture of India, it was – contrary to what is usually assumed – particularly the many missionaries who made the greatest contribution to the mapping of Hinduism.
E-Book

Untouchable Bodies, Resistance, and Liberation
A Comparative Theology of Divine Possessions
Series: Currents of Encounter, Volume: 61
Author: Joshua Samuel
In Untouchable Bodies, Resistance, and Liberation, Joshua Samuel constructs an embodied comparative theology of liberation by comparing divine possessions among Hindu and Christian Dalits in South India. Critiquing the problems inherent in prioritizing texts when studying religious traditions, Samuel calls for the need to engage in body and people centered interreligious learning. This comparative theological reading of ecstatic experiences of the divine in Dalit bodies in Hinduism and Christianity brings out the powerful liberative potential inherent in the bodies of the oppressed, enabling us to identify alternative modes of resistance and new avenues of liberation among those who are dehumanized and discriminated, and to find deeper and meaningful ways of speaking about God in the context of oppression.
E-Book

EUR  €55.00USD  $64.00
Apokatastasis as “Twin Mission”: Understanding the Concurrence of the Universality and Particularity of Logos and Ruach in the Economy of Salvation
Author: David Muthukumar Sivasubramanian

Universal salvation (apokatastasis), once considered as an anathema, has recently gained a lot of currency in theological reflections. This paper will attempt to explore the possibilities for such a universal restitution of all creation using Irenaeus’ conception of the double mission of the Son and the Spirit in relation to creation as “the two hands with which God creates and perfects.” Toward this purpose, it will try to address the inherent limitations within the traditional notion of conceiving Christ as the Redeemer and the Spirit as the Sanctifier that has often resulted in a binary understanding of the role of Christ as “objective” and that of the Spirit as “subjective.” It will argue for a complementary understanding of the “twin mission” through a dialectical-chiastic pattern that will balance the subjective-objective and particular-universal aspects of the Logos and the Ruach.

Cultural Hybridity in Conversion: An Examination of Hapkas Christology as Resistance and Innovation in Drusilla Modjeska’s The Mountain
Author: Steve Taylor

This essay analyzes Christian witness, applying a post-colonial lens to Drusilla Modjeska’s The Mountain to account for conversion and transformation in Papua New Guinea. A hapkas (half-caste) Christology of indigenous agency, communal transformation and hybridity is examined in dialogue with New Testament themes of genealogy, redemption as gift and Jesus as the new Adam. Jesus as “good man true” is placed in critical dialogue with masculine identity tropes in Melanesian anthropology. Jesus as ancestor gift of Canaanite descent is located in relation to scholarship that respects indigenous cultures as Old Testament and post-colonial theologies of revelation which affirm cultural hybridity and indigenous innovation in conversion across cultures. This hapkas Christology demonstrates how a received message of Christian mission is transformed in a crossing of cultures.