Breaching the Bronze Wall: Franks at Mamluk and Ottoman Courts and Markets
Series: Mediterranean Reconfigurations, Volume: 2
Author: Francisco Apellániz
Breaching the Bronze Wall deals with the idea that the word of honorable Muslims constituted proof and with the concept that written documents and the word of non-Muslims were inferior. Foreign merchants in cities like Istanbul, Damascus or Alexandria could barely prove any claim, as neither their contracts nor their words were of any value if countered by Muslims. Francisco Apellániz explores how both groups labored to overcome these ‘biases against non-Muslims’ in the courts and markets of Mamluk Egypt and Syria of the 14th and 15th centuries, and how the Ottoman conquest (1517) imposed a new, orthodox view on the problem. The book dives into the Middle Eastern archive and the Ottoman Dīvān, and scrutinizes the intricacies of sharia and the handling of these intracacies by consuls, dragomans, qaḍīs and other legal actors.
E-Book 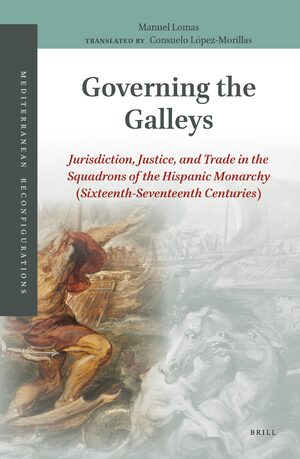 Governing the Galleys: Jurisdiction, Justice, and Trade in the Squadrons of the Hispanic Monarchy (Sixteenth-Seventeenth Centuries)
Series: Mediterranean Reconfigurations, Volume: 1
Author: Manuel Lomas
The development of the Spanish Navy in the early modern Mediterranean triggered a change in the balance of political and economic power for the coastal populations of the Hispanic Monarchy. The establishment of new permanent squadrons, endowed with very broad jurisdictional powers, was the cause of many conflicts with the local authorities and had a direct influence on the economic and production activities of the region. Manuel Lomas analyzes the progressive consolidation of these institutions in the sixteenth and seventeenth centuries, their influence on the mechanisms of justice and commerce, and how they contributed to the reconfiguration of the jurisdictional system that governed the maritime trade in the Mediterranean.
E-Book

Over the last four years, India has become the centre for a major experiment in the implementation of a so-called ‘gender-just Islam’ by Islamic feminist organisations: the formation of a non-official, female-led sharī‘ah court network, within which women serve as qāẓīs (religious judges) to adjudicate disputes within Muslim families. Pre­senting themselves as counterweights to more patriarchal legal bodies, including both the official judiciary and unofficial dispute resolution forums, these sharī‘ah ‘adālats employ both state-centred and community-focused strategies to assist Muslim women experiencing marital or family-related strife. Based on interviews with female qāẓīs and associated documentary sources, I examine how the women who run these courts adjudicate family conflicts according to what they understand as both the Qur’an’s ethical teachings, and its stipulations regarding the proper methods of dispute resolution. I also argue that these all-female sharī‘ah ‘adālats reflect a shift of focus away from court litigation and legislative intervention, and towards non-state, arbitration-focused practices, as the most fruitful means to protect the needs of Muslim women in contemporary India.

The International Covenant on Civil and Political Rights and the “Right to be Protected against Incitement”
Author: Jeroen Temperman

Article 20(2) of the un’s International Covenant on Civil and Political Rights (iccpr) is an odd human rights clause. It provides that “[a]ny advocacy of national, racial or religious hatred that constitutes incitement to discrimination, hostility or violence shall be prohibited by law.” Accordingly, this provision does not appear to codify a fundamental right but rather a sui generis state obligation. The present article aims at providing a legal taxonomy of this international incitement clause, ultimately also answering the question as to whether, despite its unique formulation as speech prohibition, it contains a justiciable right to protection from incitement.

Religious Pluralism and the Challenge for Secularism
Authors: Arif A. Jamal and Jaclyn L. Neo

This essay introduces the Special Issue of the Journal. It discusses how changing religious demographics and heightened religious plurality are challenging existing thinking about, and patterns of, state-religion relations and the nature of the ‘secular state’. The essay briefly surveys each of the papers in the Special Issue and highlights that one of the key lessons that emerges from the papers is the importance of context. As the contexts evolve, fresh thinking and new arrangements would be needed. 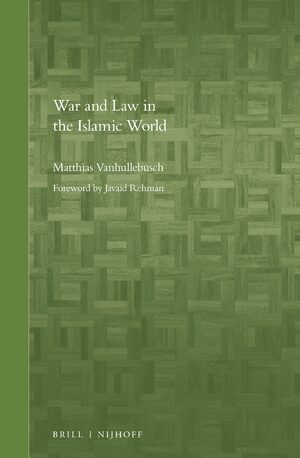 The “Islamic” Self and the Other
Author: Matthias Vanhullebusch

Principles of Protection in Warfare under Islamic Law of War
Author: Matthias Vanhullebusch