Part 1 Anchoring the Apostle: the Volume and Its Concept

Part 2 Anchoring the Authority of Peter

Part 4 Anchoring the Cult of Peter

The liturgical cult of Peter, key apostle and one of the most prominent saints on the Latin calendar, is a complex development due to the multiple feasts that came into existence in the earliest centuries of Christianity, the many regions in which these feasts were celebrated in different ways, and, not in the least, the plurality of sources that inspired and influenced the liturgical material of prayers and chants. The aim of this study is to analyse the main Latin liturgical traditions around Peter as they originated in late Antiquity and the early Middle Ages. A special focus will be on the sources that were used to give expression to Peter’s key role in the foundation of the Church in Rome and the West. From a fisherman with origins in the Galilean hinterland to the founding saint of the Latin Church firmly seated in the urban setting of Rome itself is a long way. To establish this transition the liturgical composition of Peter’s cult could not rely on biblical sources alone. A variety of sources and themes inspired the portrait of Peter as Rome’s patron saint. Together with Paul, Peter represented the Christian answer to Rome’s veneration of its traditional founders, Romulus and Remus. Together with the other apostles, Peter represented the source from which the Gospel spread throughout the Roman Empire.

Chapter 12 The Architectural Appropriation of the Apostle Peter by the Early Christian Popes
Author: Kristina Friedrichs

The apostle Peter is the most important saint associated with the city of Rome and provides an interesting frame of reference to articulate ideas, values and political goals of that time. This paper explores how Peter is associated with ecclesiastical architecture in Rome and the suburbs of Rome, through processes of appropriation between the 3rd and 6th centuries. This development, far from being linear, is closely linked to the principle of anchoring innovation. The traceable development illustrates how Peter himself became an anchor to introduce numerous innovations in various situations. The focus of this paper is to verify the concepts of anchoring and appropriation through the lens of architecture, mainly using the examples of Old St Peter’s in the Vatican and the Basilica Apostolorum, now known as San Sebastiano fuori le mura.

Chapter 5 Attitudes to Jewish and Roman Power in the Gospel and Acts of Peter
Author: Markus Bockmuehl

Second-century Christianity singled out Peter in order to identify itself with the apostolic gospel tradition in the face of perceived, and intermittently real, hostility from Romans and Jews. The apocryphal Gospel and Acts of Peter exemplify a tendency to seek analogies with the apostolic generation’s protagonists to make sense of present experiences such enmity. These texts do mobilize Peter in the service of a process of legitimation, but this is the legitimation not of institutional power but of a community – a minority experiencing at least perceived harassment and, at certain times and places, acute existential danger. Concern about power exists, too, but for these early writings this consistently privileges the superior power of God and of Jesus over human or demonic agents. Some such texts did in time come to tolerate a different narrative of inevitable Petrine triumph and the acquisition of papal power – though only ex post facto and in light of the Constantinian turn. 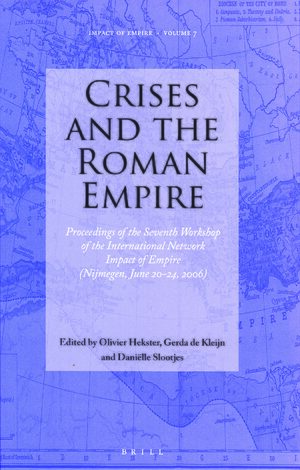 Crises and the Roman Empire
Proceedings of the Seventh Workshop of the International Network Impact of Empire (Nijmegen, June 20-24, 2006)
Series: Impact of Empire, Volume: 7
Editors: O. Hekster, G. de Kleijn and Daniëlle Slootjes
This volume presents the proceedings of the seventh workshop of the international thematic network 'Impact of Empire', which concentrates on the history of the Roman Empire and brings together ancient historians, archaeologists, classicists and specialists on Roman law from some 30 European and North American universities. The seventh volume focuses on the impact that crises had on the development and functioning of the Roman Empire from the Republic to Late Imperial times. The following themes are treated: the role of crises in the empire as a whole; the relationship between crises and the Roman economy; modes in which crises influenced the presentation of emperors, and the impact of crises on and reception in (legal) writings.
E-Book 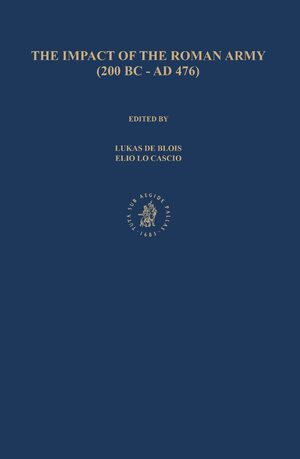 The Impact of the Roman Army (200 B.C. – A.D. 476): Economic, Social, Political, Religious and Cultural Aspects
Proceedings of the Sixth Workshop of the International Network Impact of Empire (Roman Empire, 200 B.C. – A.D. 476), Capri, Italy, March 29-April 2, 2005
Series: Impact of Empire, Volume: 6
Editors: Lukas de Blois and Elio Lo Cascio
To many inhabitants of the Roman Empire the army was the most visible representation of imperial power. Roman troops were the embodiment of imperial control. Military installations and buildings, the imperial guard, other troops, fleets, and militarily tinged works of art brought home the majesty of Rome to anybody who saw them, in Rome and in other parts of the Empire. With Roman armies came administrators, taxes and requisitions in cash and kind, traders, permanently residing veterans and military personnel, useful relations between local notables and Roman military cadre, and chances of upward social mobility. This sixth volume in the series Impact of Empire focuses on these topics.
E-Book 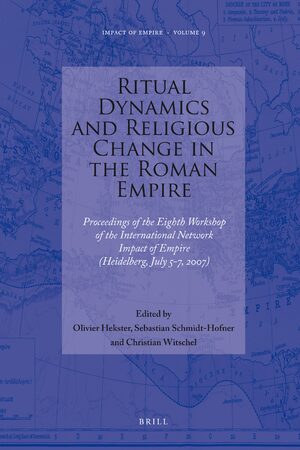