In 2018, we published an article that provided a first attempt to survey the whole output of the seventeenth-century Dutch Republic. Our estimate was a minimum of 357,500 editions. This calculation did not yet include the world of ephemeral forms, handbills and posters. The survival of such commercial or private notices is microscopically small, compared to what must have been produced. It is nevertheless vital for our understanding of the print trade that we attempt to capture the complexities of this lost world: this was work that sustained printshops. It was also the form which most acutely influenced commerce, government and social life. Here we wish to offer an introduction to this most elusive genre of the early modern print world, document the myriad ways in which print infiltrated the daily life of people, and offer some hypotheses on the likely total output of certain forms of ephemeral print.

During the twentieth century, a limited edition is usually numbered, in contrast to limited editions of around 1800. This article examines a number of turning points in the history of limitation statements and copy numbering: the disappearance of copyright related numbering versus unnumbered editions of private presses (around 1800), the advent of numbered prints (1850-1900), and numbering of luxury editions and private press editions (1880-1910). The stabilization of a new tradition of numbering occurs around 1930. The development of private press publications is examined in a broad context of copyright and the production of prints, while practices in the English-speaking world are shown to differ from those in other cultures, such as the Netherlands, Belgium, France and Germany.

Following the rise of the study of the history of the book in the 1980s and 1990s, provenance studies have become an important component in the research of social and cultural historians. This development was noticed and embraced by the Consortium of European Research Libraries (CERL). The Consortium incorporated results of provenance research in existing resources and created new resources specifically with the question of provenance in mind. In this contribution I will focus on two CERL resources: the Material Evidence in Incunabula Database and the recently developed CERL Provenance Digital Archive and the relation between the two. Examples will show how these two digital resources stimulate international cooperation in the field of provenance research.

There is compelling evidence of the use by the booktrade from the late fifteenth to the early nineteenth centuries of partly-completed sewn bindings with permanent structures, with or without boards, but without permanent covers. They allowed books to be held together as they went through the booktrade, added little extra weight and would have been relatively inexpensive. Evidence for their use can be found in archival sources, trade regulations and depictions in art, but mostly in the 82 sewn bookblocks without boards that have so far been recorded. They can be identified by a careful examination of their various and varied physical features, which present a complex variety of options. The survival of composite volumes raises the question of who commissioned the bindings. What is not in doubt, however, is that they were an established feature of the booktrade, though the extent to which they were used is as yet unknown. 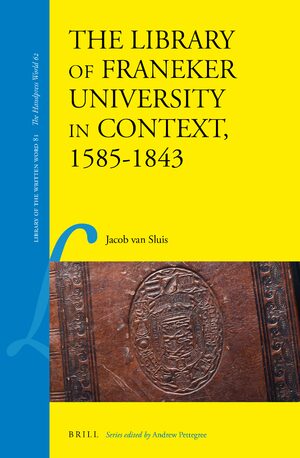 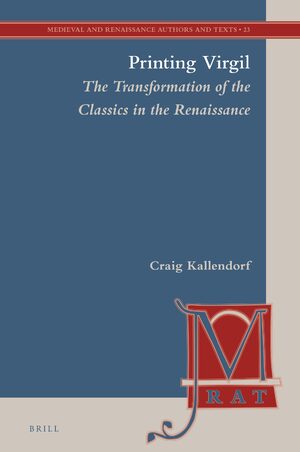 Paul Voet (1619-1669), law professor at the University of Utrecht, opened his most famous work, published in 1657, with an unusual discussion of the five different types of auctores of juridical books (juris libri)—a precious source for the history of authorship in the jurisprudence and in the early modern respublica litteraria in general. This essay discusses the key concepts for his understanding of auctor and auctoritas in the field of jurisprudence, as well as the motivations for this uncommon inquiry into the notion of authorship. Besides his personal reasons (the rumors about the illegitimate authorship of some of his works), the detailed taxonomy of legal auctores also helped him to build a cogent argument against the validity of canon law in the United Provinces. His aim was to redesign the history of legal tradition and to dispute the authority of certain canon law sources, such as Gratian’s Decretum.

Harfa duchowna (1585), a prayer book compiled by Marcin Laterna, a Jesuit, was probably the most successful post-Tridentine Polish bestseller. However, it has never been explored thoroughly, and not at all as a post-Tridentine printed book. The paper shows Harfa at the backdrop of sixteenth- and seventeenth-century Catholic prayer books in Poland and defines its key role as a model for later publications of this kind. The form of the book is analysed in connection with its content and broader cultural context, implying that successful counter-reforming of devotional publications had to be done on the level of content as well as form. The connections between Kraków and Antwerp printing, clearly visible in the woodcuts used in Harfa by its printers, are mentioned and the information about the number of editions and existing copies is also included.