Throughout the 20th century, the International Labour Organization (‘ILO’) has played a significant and successful role in the international advancement of social justice. However, in the past 10–15 years the impact of the organization has decreased. Its legislative machinery seems to have come to a standstill. Hardly any influential modern legal instruments have been developed in these years. The ILO’s monitoring system via the Committee of Experts is in danger to be weakened, mainly due to questions from within the organization. The boat that passed by flying the corporate social responsibility (‘CSR’) flag, has been missed. A powerful and unanimous signal, for instance by adopting a Framework Convention on Decent Work, is necessary if the organization is to survive in the 21st century.

Since their emergence after World War II, multilateral development banks (s, or Banks) have become crucial players in promoting economic development in the developing world. The theory of immunity enables the s to shield themselves from jurisdictions of national courts, and protects them in Bank operations. This paper presents a critique of the immunity claimed by s, and argues that such a claim of immunity should be restrictive, rather than absolute. Meanwhile, it is important to establish adequate dispute settlement systems within the s, counterbalancing their immunities from legal process. The systems offer a fair trial to private parties, and should be independent from Bank management. As for the Asian Infrastructure Investment Bank (), the young Bank’s operations can be on the ground only with its immunities respected by members, while the committed high standards are possible only with adequate internal dispute settlement systems.

This paper challenges the scholarly tendency of imposing democratic norms on non-governmental organisations (s). For decades there has been a strong debate among International Relations and International Law scholars on the question of whether or not s contribute to the democratic legitimacy of international law. Notwithstanding different arguments, both critics of and adherents seem to be primarily occupied with theorising and criticising the internal democratic legitimacy of s. In this article I question whether this is justifiable. Imposed democratic norms conflict with the inherent unpredictable character of s. Whereas the unpredictability of s in terms of form and content is often perceived as unreliable, it characterises their essential voluntariness, which can be considered their main contribution to democracy. 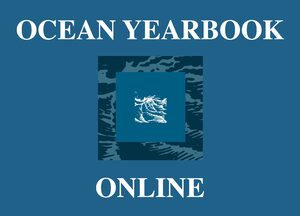 Although migration is a transnational phenomenon involving a plurality of states, the state of departure is often unwilling/unable to offer protection. Receiving/transit states can refrain from engaging with the problem until migrants have already entered their territory. With high seas, this can result in the deaths of people taking the risk of travelling to a new place. The article argues that states have a duty to offer (some) protection even when migrants are not in their territory, based on human rights’ positive effect and the principle of due diligence. Because of the transnational nature of migration, all involved states have the responsibility to offer protection. This may lead to concurrent state liability for failure to protect. The duty to protect may extend to the high seas, even when the traditional links for the establishment of jurisdiction are absent. The duty is not unlimited, it needs to prevail over other considerations.