Clear All
Download Citations
Page: ... 678910111213141516
Abuse of Diplomatic Privileges and the Balance between Immunities and the Duty to Respect the Local Laws and Regulations under the Vienna Conventions: The Recent Indian Experience
Author: S. R. Subramanian

The successful adoption of the Vienna Convention on Diplomatic Relations is hailed as the ‘landmark of the highest significance in the codification of international law’. It represented the first significant codification of any international instrument since the United Nations was established. However, despite the codification of the above rules, which is largely based on the pre-existing customary international law, the scope of diplomatic protection was not free from issues and controversies. In recent times, unfortunately, there is a growing tendency amongst the diplomats to abuse their diplomatic status to commit acts prohibited by law and still claim immunity from legal process. The States-parties also aggravate this situation by selectively interpreting the rules in their favor, ignoring the fact that reciprocity is the basis for the successful functioning of the diplomatic protection. In this connection, this paper addresses the problem of abuse of immunities and privileges and its adverse implications on the balance between immunities and the duty to respect the local laws and regulations, especially with special reference to the recent Indian experience. It explores the two recent Indian diplomatic confrontations, namely, the arrest of Devyani Khobragade and the travel ban on Daniele Mancini. Based on the study, it highlights the need for a well-balanced and equitable enforcement of the Vienna Conventions in the interest of maintenance of cordial diplomatic relations in the international community.

The rcep and Its Investment Rules: Learning from Past Chinese ftas
Author: Heng Wang

China’s free trade agreements (s) reveal malleability as the most striking feature. The paper analyzes the following questions: what is the trend of China’s approach to investment concerning malleability? Is China a rule follower, shaker or maker? How may China approach the Regional Comprehensive Economic Partnership () regarding investment? It argues first that the malleability will probably expand from investment protection to investment liberalization. China converges with deep s regarding investment protection and may incrementally move to investment liberalization. Second, increased malleability of China’s s exists in regulatory autonomy and investor-state dispute settlement. Third, China is likely to be a rule shaker in the short to medium term, and become a rule maker later if challenges are addressed. Its approach may evolve from selective adaption to selective innovation. Finally, the may adopt low-level investment rules and an early harvest approach due to, inter alia, existing agreements and the nature of mega .

Collusion in International Organizations: How States Benefit from the Authority of Secretariats
Author: Hylke Dijkstra 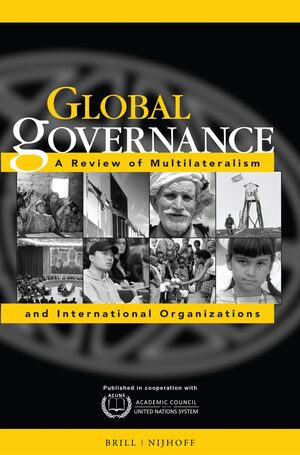 A Duty to Give Reasons in the Security Council
Authors: Daniel Moeckli and Raffael N. Fasel

In recent years, the un Security Council has repeatedly come under criticism for its inaction in the face of serious violations of international law. As a means to prevent further deadlocks, this article advocates the introduction of a duty to explain votes cast in the Council. In certain situations, such a duty to give reasons already exists today, although it is not implemented. We propose to extend this duty to all votes in the Security Council and to codify it in its Provisional Rules of Procedure. A comprehensive duty to give reasons has three major virtues: it increases the quality of Council decisions, it enhances legal certainty, and it improves the accountability of the Council and of its members. As opposed to structural reforms, our proposal does not necessitate amending the un Charter and thus does not depend on the consent of the Council’s permanent members. 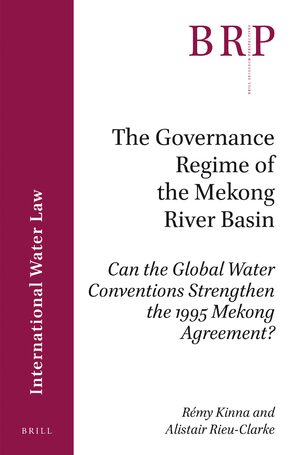 The Governance Regime of the Mekong River Basin
Can the Global Water Conventions Strengthen the 1995 Mekong Agreement?
Series: Brill Research Perspectivesand Brill Research Perspectives E-Books Online
Authors: Rémy Kinna and Alistair Rieu-Clarke
Entry into force of the UN Watercourses Convention in August 2014, and the opening of the UNECE Water Convention to all states in March 2016, are significant milestones in international water law. A comparative analysis of these two global water conventions and the 1995 Mekong Agreement reveals that all three instruments are generally compatible. Nonetheless, the international legal principles and processes set forth in the two conventions can render the Mekong Agreement more up-to-date, robust and practical.

The Governance Regime of the Mekong River Basin: Can the Global Water Conventions Strengthen the 1995 Mekong Agreement? contends that strengthening the Agreement would be timely, given the increasing pressures associated with the rapid hydropower development within the basin and the gradually emerging disputes therein. Due to these fast-moving developments, Kinna and Rieu-Clarke strongly recommend that the Mekong states should seriously consider joining both conventions in order to buttress and clarify key provisions of the 1995 Mekong Agreement.

States are obliged to protect the right to life by law. This article analyses the way in which states do this in the field of aviation law, maritime law and the law on migrant smuggling. A comparative description of these fields shows that states differentiate in protecting the right to life. Regular travellers benefit from extensive positive obligations to safeguard their right to life, whereas the lives of irregularised travellers are protected first and foremost by combating irregularised migration and, if the worst comes to pass, by search and rescue. The right of states to exclude aliens from their territories leads to exclusion of irregularised travellers from their main positive obligations under the right to life. This situation is analysed through Zygmunt Bauman’s notion of ‘wasted lives’. The contrast with aviation and maritime law makes clear that this situation is the outcome of human choice, which can be changed.