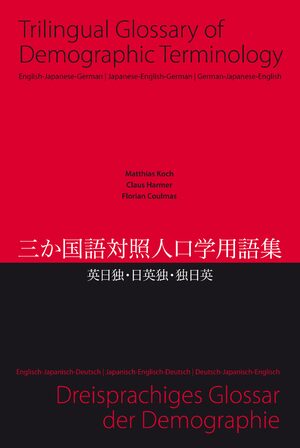 Trilingual Glossary of Demographic Terminology: English - Japanese - German
Editors: Matthias Koch, Claus Harmer and Florian Coulmas
This glossary is an up-to-date research tool for the study of population in English, Japanese and German. Based on the technical literature, encyclopedias, databases and existing glossaries in the three languages listed as well as other relevant languages in which demographic research is carried out, it comprises more than 7500 technical terms accessible in three directions: English-Japanese-German, Japanese-English-German and German-Japanese-English.