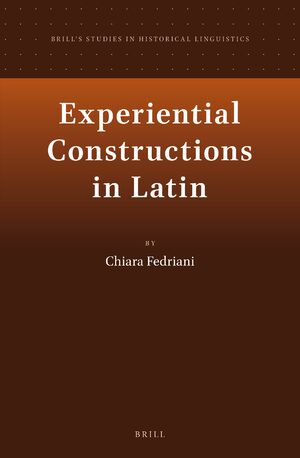 Experiential Constructions in Latin
Series: Brill's Studies in Historical Linguistics, Volume: 3
Author: Chiara Fedriani
This volume is about the morphosyntactic encoding of feelings and emotions in Latin. It offers a corpus-based investigation of the Latin data, benefiting from insights of the functional and typological approach to language. Chiara Fedriani describes a patterned variation in Latin Experiential constructions, also revisiting the so-called impersonal constructions, and shows how and why such a variation is at the root of diachronic change. The data discussed in this book also show that Latin constitutes an interesting stage within a broader diachronic development, since it retains some ancient Indo-European features that gradually disappeared and went lost in the Romance languages.
E-Book 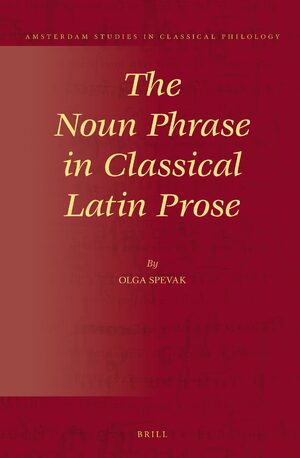 The Noun Phrase in Classical Latin Prose
Series: Amsterdam Studies in Classical Philology, Volume: 21
Author: Olga Spevak
The internal ordering of Latin noun phrases is very flexible in comparison with modern European languages. Whereas there are a number of studies devoted to the variable placement of modifiers, The Noun Phrase in Classical Latin Prose proposes an entirely new approach: a discussion of the semantic and syntactic properties of both nouns and modifiers. Using recent insights in general linguistics, it argues that not only pragmatic factors but also semantic factors (whether we are dealing with an inherent property, the author’s assessment, or a further specification of a referent) are responsible for the internal ordering of Latin noun phrases. Additionally, this book discusses prepositional phrases functioning as modifiers, and appositions, which have received little attention in the literature.
E-Book