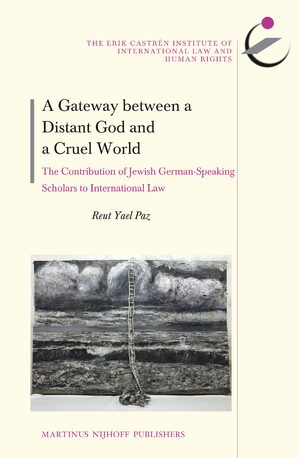 A Gateway between a Distant God and a Cruel World
The Contribution of Jewish German-Speaking Scholars to International Law
Series: The Erik Castrén Institute Monographs on International Law and Human Rights, Volume: 16
Author: Reut Yael Paz
Through a collective biographical methodology of four scholars (Hans Kelsen, Hans J. Morgenthau, Hersch Lauterpacht and Erich Kaufmann) this book investigates how Jewish identity and intellectual ties to Judaic civilisation in the German speaking and legal context influenced international law. By using biblical constitutive metaphors, it argues that Jewish German lawyers inherited, inter alia, a particular Jewish legal approach that ‘made’ their understanding of the law as a means to reach God. The overarching argument is that because of their Jewish heritage, Jewish scholars inherited the endorsement of earthly particularism for the sake of universalism and the other way around: for the sake of universalism, humanity’s differences need to be solved through the law.
E-Book