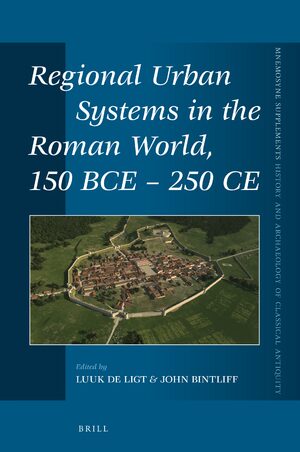 Regional Urban Systems in the Roman World, 150 BCE - 250 CE
Series: Mnemosyne, Supplements, Volume: 431and Mnemosyne, Supplements, History and Archaeology of Classical Antiquity, Volume: 431
Editors: Luuk de Ligt and John Bintliff
The focus of Regional Urban Systems in the Roman World is on urban hierarchies and interactions in large geographical areas rather than on individual cities. Based on a painstaking examination of archaeological and epigraphic evidence relating to more than 1,000 cities, the volume offers comprehensive reconstructions of the urban systems of Roman Gaul, North Africa, Sicily, Greece and Asia Minor. In addition it examines the transformation of the settlement systems of the Iberian Peninsula and the central and northern Balkan following the imposition of Roman rule. Throughout the volume regional urban configurations are examined from a rich variety of perspectives, ranging from climate and landscape, administration and politics, economic interactions and social relationships all the way to region-specific ways of shaping the townscapes of individual cities.
E-Book