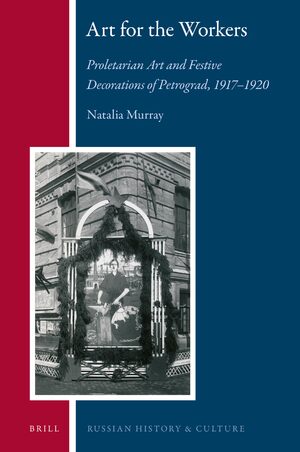 Art for the Workers
Proletarian Art and Festive Decorations of Petrograd, 1917-1920
Series: Russian History and Culture, Volume: 20
Author: Natalia Murray
Art for the workers explores the mythology and reality of post-revolutionary proletarian art in Russia as well as its expression in the festive decorations of Petrograd between 1917 and 1920. It covers this brief period chronologically, and so permits a close inspection of the development of artistic policies in Russia under the Provisional Government followed by the Bolsheviks. Specifically, this book focuses on the pre-and post-revolutionary debate about the nature of proletarian art and its role in the new Socialist society, particularly focusing on festive decorations, parades and mass performances as expressions of proletarian art and forms of propaganda. 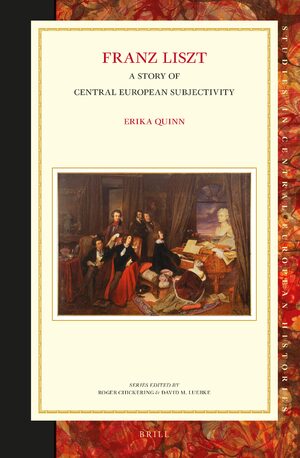 Franz Liszt
A Story of Central European Subjectivity
Series: Studies in Central European Histories, Volume: 59
Author: Erika Quinn
This biography of the musician Franz Liszt contributes to our understanding of national identity formation and its interaction with cosmopolitanism. Liszt exemplified the nineteenth-century quest for subjective definition and fulfillment. Seeking to gain agency, authority, and community, Liszt experimented with various subject positions from which to forward his goals. The stances he selected, anchored in ideas about nation, religion, and art, allowed him to retain his cosmopolitan sensibility while making specific aesthetic and creative claims. Quinn’s analysis of Liszt’s correspondence and musical criticism, as well as of contemporary reviews of his performances, compositions, and essays, demonstrates the lack of a nationalist exclusivity in Liszt’s life was a historical phenomenon rather than a personal quirk as previous scholarship has often claimed.
E-Book 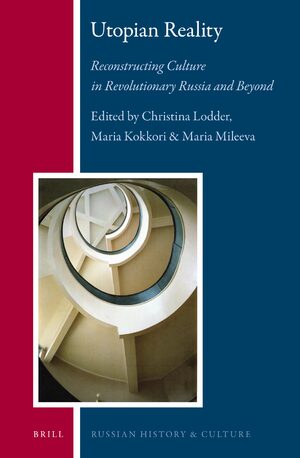 Utopian Reality
Reconstructing Culture in Revolutionary Russia and Beyond
Series: Russian History and Culture, Volume: 14
Editors: Christina Lodder, Maria Kokkori and Maria Mileeva
This collection of essays deals broadly with the visual and cultural manifestation of utopian aspirations in Russia of the 1920s and 1930s, while examining the before- and after-life of such ideas both geographically and chronologically. The studies document the pluralism of Russian and Soviet culture at this time as well as illuminating various cultural strategies adopted by officialdom. The result serves to complicate the excessively simplistic narrative that avant-garde dreams were suddenly and brutally crushed by Soviet repression and to contest the notion of the avant-garde’s complicity in Stalinism. Naturally, some essays document episodes in the defeat and dismantling of utopian projects, but others trace the persistence of avant-garde ideas and the astonishing tenacity of creative individuals who managed to retain their personal integrity while continuing to serve the cause of Soviet power.