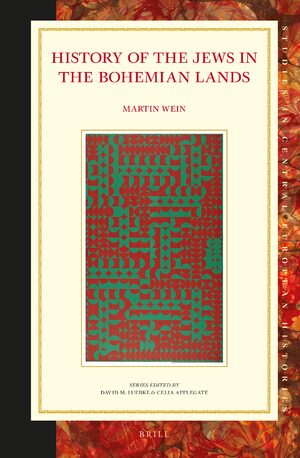 History of the Jews in the Bohemian Lands
Series: Studies in Central European Histories, Volume: 61
Author: Martin Wein
In History of the Jews in the Bohemian Lands, Martin Wein traces the interaction of Czechs and Jews, but also of Christian German-speakers, Slovaks, and other groups in the Bohemian lands and in Czechoslovakia throughout the first half of the twentieth century. This period saw accelerated nation-building and nation-cleansing in the context of hegemony exercised by a changing cast of great powers, namely Austria-Hungary, France, Nazi Germany, and the Soviet Union. The author examines Christian-Jewish and inner-Jewish relations in various periods and provinces, including in Subcarpathian Ruthenia, emphasizing interreligious alliances of Jews with Protestants, such as T. G. Masaryk, and political parties, for example a number of Social Democratic ones. The writings of Prague’s Czech-German-Jewish founders of theories of nationalism, Hans Kohn, Karl W. Deutsch, and Ernest Gellner, help to interpret this history.
E-Book 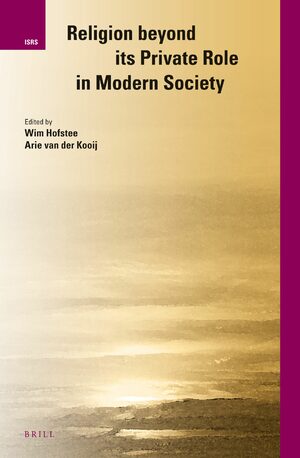 Religion beyond its Private Role in Modern Society
Series: International Studies in Religion and Society, Volume: 20
Editors: Wim Hofstee and A. van der Kooij
The volume Religion beyond its Private Role in Modern Society aims at contributing to the debate on the distinction between public and private spheres with regard to the role of religion in modern societies. This issue which is inherent to many conceptions regarding social order, modernity, freedom of conscience, and the changing role and function of religion is discussed not only from a social scientific but also from a historical and philosophical point of view. The articles dwell on several aspects of the role of religion in different societies in modern times, and the overall theme is explored from the perspective of various religious traditions and groups, both institutional and non-institutional. It turns out that the distinction made is difficult to maintain.
E-Book