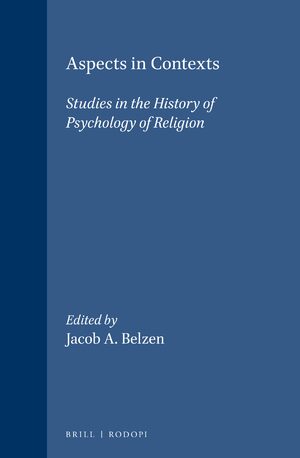 Aspects in Contexts
Studies in the History of Psychology of Religion
Series: International Series in the Psychology of Religion, Volume: 9
Editor: Jacob A. Belzen
Psychology of religion has been enjoying considerable attention of late; the number of publications and people involved in the field is rapidly increasing. It is, however, one of the oldest branches within psychology in general, and one of the few in which an interdisciplinary approach has been kept alive and fostered. The fate of the field has been quite varied in the countries where psychology of religion has been initiated and developed during the 20th century. In this volume, some aspects of this international history are examined. Coming from six different Western countries, each of the contributors has a record in the historiography of psychology and profound knowledge of psychology of religion. Their approaches combine elements from the history of mentalities, the social history of science and biographical studies.
The volume contains in-depth treatments of such topics as the growth of the field as reflected in university politics, developments within international organizations, and the personal involvement of contributors to the field. A wealth of information is provided on the background of the work of well known psychologists of religion like James Henry Leuba, Oskar Pfister, Gordon Allport, Werner Gruehn, Antoine Vergote and others.
Hardback

Current Issues in the Psychology of Religion
Proceedings of the third symposium on the psychology of religion in Europe
Editors: Jacob A. Belzen and J.M. van der Lans
Hardback

Secularization in Contemporary Religious Radicalism
An Introduction
Series: Theological Seminar Series, Volume: 5
Author: Corneliu Simut
The concept of secularization has grown to become one of the most important features of contemporary religious thought. This book introduces and examines the thinking of sixteen key theologions, philosophers and historians of religion to explain (a) why by the late nineteenth century the traditional concept of God as an ontologically real being came to be considered no longer necessary and (b) how the new perspective on God, which accepts him only as an idea, turned into the preferred approach of today’s religion and philosophy, namely “religious radicalism”.
E-Book 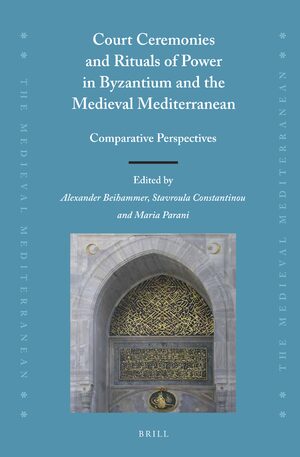 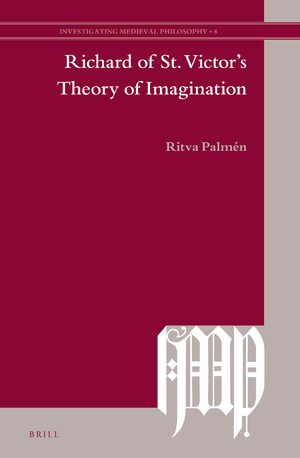 Richard of St. Victor’s Theory of Imagination
Series: Investigating Medieval Philosophy, Volume: 8
Author: Ritva Palmén
Richard of St.Victor (d.1173) developed original ideas about the faculty of imagination in a twelfth-century Parisian context. Related to the historical study of philosophical psychology, Richard of St. Victor’s Theory of Imagination acknowledges that the faculty of imagination, being a necessary precondition for human reasoning and a link between soul and body, plays an important role in Richard’s understanding of the human soul. Richard also deals with the interpretation of biblical language, metaphors, rhetoric, and the possibility of creative imagination. Considering all these aspects of the imagination in Richard’s texts improves our understanding of his theological epistemology and sheds new light on the theory of the imagination in the history of medieval philosophy in general. 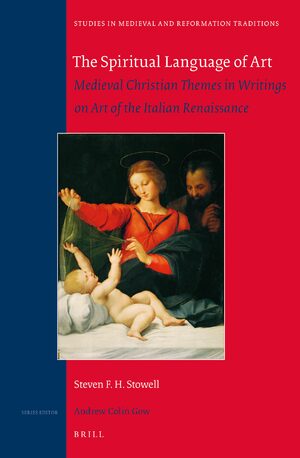 The Spiritual Language of Art: Medieval Christian Themes in Writings on Art of the Italian Renaissance
Series: Studies in Medieval and Reformation Traditions, Volume: 186
Author: Steven F.H. Stowell
Analyzing the literature on art from the fifteenth and sixteenth centuries, The Spiritual Language of Art explores the complex relationship between visual art and spiritual experiences during the Italian Renaissance. Though scholarly research on these writings has predominantly focused on the influence of classical literature, this study reveals that Renaissance authors consistently discussed art using terms, concepts and metaphors derived from spiritual literature. By examining these texts in the light of medieval sources, greater insight is gained on the spiritual nature of the artist’s process and the reception of art. Offering a close re-readings of many important writers (Alberti, Leonardo, Vasari, etc.), this study deepens our understanding of attitudes toward art and spirituality in the Italian Renaissance. 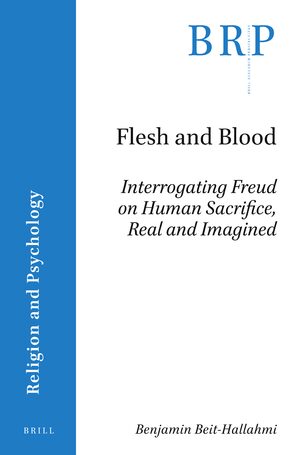 Flesh and Blood: Interrogating Freud on Human Sacrifice, Real and Imagined
Series: Brill Research Perspectives
Author: Benjamin Beit-Hallahmi
Fears and stories about an underground religion devoted to Satan, which demands and carries out child sacrifice, appeared in the United States in the late twentieth century and became the subject of media reports supported by some mental health professionals. Examining these modern fantasies leads us back to ancient stories which in some cases believers consider the height of religious devotion.

Horrifying ideas about human sacrifice, child sacrifice, and the offering to the gods of a beloved only son by his father appear repeatedly in Western traditions, starting with the Greeks and the Hebrews. In Flesh and Blood: Interrogating Freud on Human Sacrifice, Real and Imagined, Beit-Hallahmi focuses on rituals of violence tied to religion, both imagined and real. The main focus of this work is the meaning of blood and ritual killing in the history of religion. The book examines the encounter with the idea of child sacrifice in the context of human hopes for salvation.
E-Book