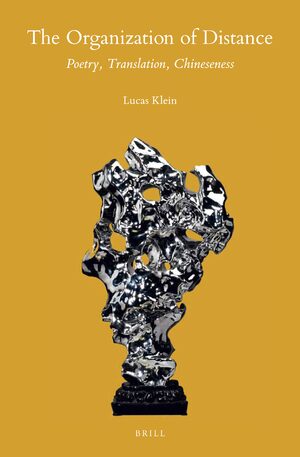 The Organization of Distance
Poetry, Translation, Chineseness
Series: Sinica Leidensia, Volume: 141
Author: Lucas Klein
What makes a Chinese poem “Chinese”? Some call modern Chinese poetry insufficiently Chinese, saying it is so influenced by foreign texts that it has lost the essence of Chinese culture as known in premodern poetry. Yet that argument overlooks how premodern regulated verse was itself created in imitation of foreign poetics. Looking at Bian Zhilin and Yang Lian in the twentieth century alongside medieval Chinese poets such as Wang Wei, Du Fu, and Li Shangyin, The Organization of Distance applies the notions of foreignization and nativization to Chinese poetry to argue that the impression of poetic Chineseness has long been a product of translation, from forces both abroad and in the past. 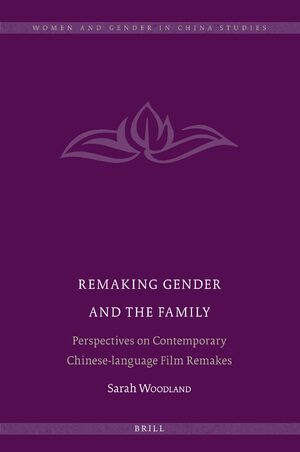 Remaking Gender and the Family
Perspectives on Contemporary Chinese-language Film Remakes
Series: Women and Gender in China Studies, Volume: 9
Author: Sarah Woodland
In Remaking Gender and the Family, Sarah Woodland examines the complexities of Chinese-language cinematic remakes. With a particular focus on how changes in representations of gender and the family between two versions of the same film connect with perceived socio-cultural, political and cinematic values within Chinese society, Woodland explores how source texts are reshaped for their new audiences. In this book, she conducts a comparative analysis of two pairs of intercultural and two pairs of intracultural films, each chapter highlighting a different dimension of remakes, and illustrating how changes in gender representations can highlight not just differences in attitudes towards gender across cultures, but also broader concerns relating to culture, genre, auteurism, politics and temporality.
E-Book 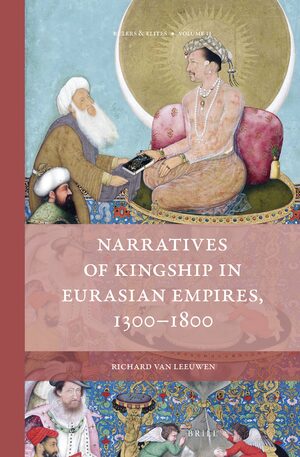 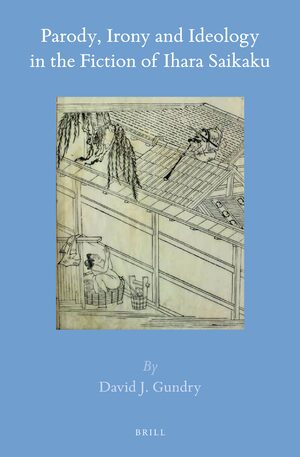 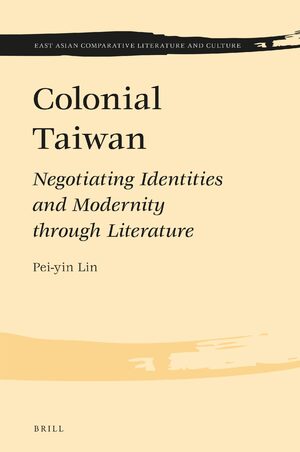 Colonial Taiwan
Negotiating Identities and Modernity through Literature
Series: East Asian Comparative Literature and Culture, Volume: 8
Author: Pei-yin Lin
This book offers a thorough and thought-provoking study on the impact of Japanese colonialism on Taiwan’s literary production from the 1920s to 1945. It redresses the previous nationalist and Japan-centric interpretations of works from Taiwan’s Japanese period, and eschews a colonizer/colonized dichotomy. Through a highly sensitive textual analysis and contextual reading, this chronologically structured book paints a multi-layered picture of colonial Taiwan’s literature, particularly its multi-styled articulations of identities and diverse visions of modernity. By engaging critically with current scholarship, Lin has written with great sentiment the most complete history of the colonial Taiwanese literary development in English.
E-Book 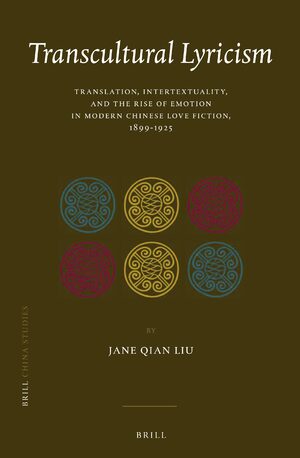 Drawn from an interdisciplinary mixture of literary, cultural and translation studies, Jane Qian Liu brings fresh insights into the study of intercultural literary interpretation and influence. She convincingly proves that Chinese writer-translators in early twentieth century were able to find new channels and modes to express emotional content through new combinations of traditional Chinese and Western techniques. 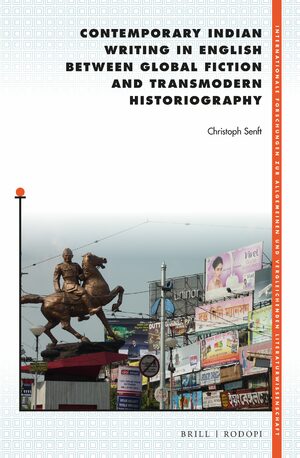 Contemporary Indian Writing in English between Global Fiction and Transmodern Historiography
Series: Internationale Forschungen zur Allgemeinen und Vergleichenden Literaturwissenschaft Online, Volume: 190and Internationale Forschungen zur Allgemeinen und Vergleichenden Literaturwissenschaft, Volume: 190
Author: Christoph Senft
This study offers a comprehensive overview of Indian writing in English in the 21st century. Through ten exemplary analyses in which canonical authors stand next to less well-known and diasporic ones Christoph Senft provides deep insights into India’s complex literary world and develops an argumentative framework in which narrative texts are interpreted as transmodern re-readings of history, historicity and memory. Reconciling different postmodern and postcolonial theoretical approaches to the interpretation and construction of literature and history, Senft substitutes traditional, Eurocentric and universalistic views on past and present by decolonial and pluralistic practices. He thus helps to better understand the entanglements of colonial politics and cultural production, not only on the subcontinent.
E-Book

Neo-Victorian Cities
Reassessing Urban Politics and Poetics
Series: Neo-Victorian Series, Volume: 4and Neo-Victorian Series Online, Volume: 4
Editors: Marie-Luise Kohlke and Christian Gutleben
This volume explores the complex aesthetic, cultural, and memory politics of urban representation and reconfiguration in neo-Victorian discourse and practice. Through adaptations of traditional city tropes – such as the palimpsest, the labyrinth, the femininised enigma, and the marketplace of desire – writers, filmmakers, and city planners resurrect, preserve, and rework nineteenth-century metropolises and their material traces while simultaneously Gothicising and fabricating ‘past’ urban realities to serve present-day wants, so as to maximise cities’ potential to generate consumption and profits. Within the cultural imaginary of the metropolis, this volume contends, the nineteenth century provides a prominent focalising lens that mediates our apperception of and engagement with postmodern cityscapes. From the site of capitalist romance and traumatic lieux de mémoire to theatre of postcolonial resistance and Gothic sensationalism, the neo-Victorian city proves a veritable Proteus evoking myriad creative responses but also crystallising persistent ethical dilemmas surrounding alienation, precarity, Othering, and social exclusion.
E-Book 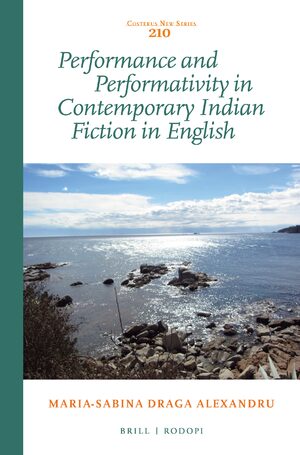 Performance and Performativity in Contemporary Indian Fiction in English
Series: Costerus New Series Online, Volume: 210and Costerus New Series, Volume: 210
Author: Maria-Sabina Draga Alexandru
This book starts with a consideration of a 1997 issue of the New Yorker that celebrated fifty years of Indian independence, and goes on to explore the development of a pattern of performance and performativity in contemporary Indian fiction in English (Salman Rushdie, Arundhati Roy and Vikram Chandra). Such fiction, which constructs identity through performative acts, is built around a nomadic understanding of the self and implies an evolution of narrative language towards performativity whereby the text itself becomes nomadic. A comparison with theatrical performance (Peter Brook’s Mahabharata and Girish Karnad’s ‘theatre of roots’) serves to support the argument that in both theatre and fiction the concepts of performance and performativity transform classical Indian mythic poetics. In the mythic symbiosis of performance and storytelling in Indian tradition within a cyclical pattern of estrangement from and return to the motherland and/or its traditions, myth becomes a liberating space of consciousness, where rigid categories and boundaries are transcended.
E-Book

One into Many
Translation and the Dissemination of Classical Chinese Literature
Series: Approaches to Translation Studies, Volume: 18
Editor: Leo Tak-hung Chan
One into Many: Translation and the Dissemination of Classical Chinese Literature is the first anthology of its kind in English that deals in depth with the translation of Chinese texts, literary and philosophical, into a host of Western and Asian languages: English, French, German, Dutch, Italian, Spanish, Swedish, Hebrew, Slovak and Korean. After an introduction by the editor, in which multiple translations are compared to the many lives lived by the original in its new incarnations, thirteen articles are presented in three different sections. The first, Beginnings, comprises three articles that give accounts of how the earliest European translations of Chinese texts were undertaken. In Texts, four articles examine, separately, translated classical Chinese texts in the three genres of poetry, the short story and the novel. Constituting the third section are six articles addressing the different traditions into which Chinese literature has been translated over the centuries. Rounding off the whole anthology is a discussion of the culturalist perspective in which translations of the Chinese classics have been viewed in the past decade or so. A glossary and an index at the back provide easy reference to the reader interested in the source materials and allow him to undertake research in a rich area that is still not adequately explored.
Paperback