The Global Historical and Contemporary Impacts of Voluntary Membership Associations on Human Societies
A Literature Review
Series: Brill Research Perspectivesand Brill Research Perspectives E-Books Online
Author: David Horton Smith
Reviewed here is global research on how 13 types of Voluntary Membership Associations (MAs) have significantly or substantially had global impacts on human history, societies, and life. Such outcomes have occurred especially in the past 200+ years since the Industrial Revolution circa 1800 CE, and its accompanying Organizational Revolution. Emphasized are longer-term, historical, and societal or multinational impacts of MAs, rather than more micro-level (individual) or meso-level (organizational) outcomes. MAs are distinctively structured, with power coming from the membership, not top-down. The author has characterized MAs as the dark matter of the nonprofit/third sector, using an astrophysical metaphor. Astrophysicists have shown that most physical matter in the universe is dark in the sense of being unseen, not stars or planets.
E-Book 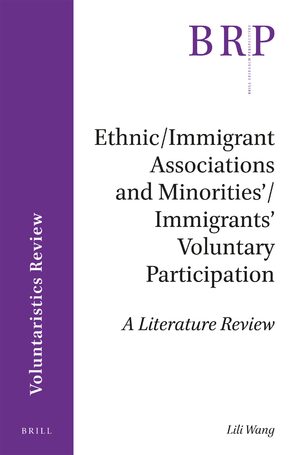 Ethnic/Immigrant Associations and Minorities'/Immigrants' Voluntary Participation
Series: Brill Research Perspectivesand Brill Research Perspectives E-Books Online
Author: Lili Wang
Migration has changed the social, cultural, political, and economic landscape of many countries. Mutual aid organizations, ethic-oriented religious organizations, hometown associations, and various other types of ethnic and immigrant organizations emerged to respond to the particular needs of immigrant communities. For countries with a tradition of civic participation, integrating immigrants into civic life becomes an important issue. This article reviews the literature on ethnic/immigrant associations and minorities’ or immigrants’ voluntary participation in major developed countries that have experienced a significant increase of immigrants, particularly after the 1990s. In terms of ethnic/immigrant associations, the author reviews the historical background of research in this area, the size and scope, the formation and development, the memberships, and the financial well-being of these associations, the roles they play in helping immigrants acculturate into the host countries, and the classification of ethnic/immigrant associations. Particular attention is given to immigrants’ mutual aid organizations, ethnic cultural organizations, ethnic-oriented religious organizations, and hometown associations. The author also reviews the literature that examines the factors influencing minorities’ and immigrants’ voluntary participation, their formal and informal volunteering, as well we immigrant youth’s voluntary participation.
E-Book 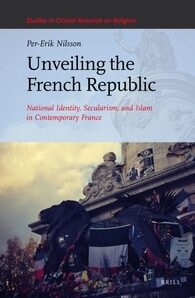 Unveiling the French Republic: National Identity, Secularism, and Islam in Contemporary France
Series: Studies in Critical Research on Religion, Volume: 7
Author: Per-Erik Nilsson
The Islamic Veil Affairs (2003-4 and 2009-2011), which led to the banning of Muslim girls wearing Islamic headscarves in French public schools and women wearing full-face veils in public, have raised serious concerns about the relationship between secularism and the freedom of religious expression.

In Unveiling the French Republic: National Identity, Secularism, and Islam in Contemporary France, Per-Erik Nilsson engages in a careful critical analysis of the Veil Affairs. His critique, for the most part, is not on the decision of Muslim women to wear the veil but rather on the misuse of secular ideology to justify religious intolerance and mask ethnic prejudice. 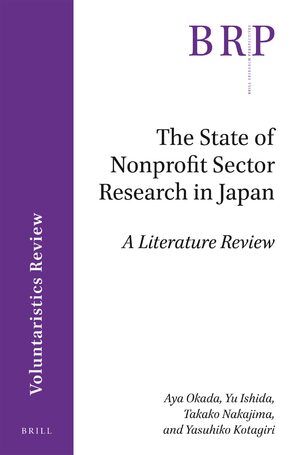 The State of Nonprofit Sector Research in Japan
A Literature Review
Series: Brill Research Perspectivesand Brill Research Perspectives E-Books Online
Authors: Aya Okada, Yu Ishida, Takako Nakajima and Yasuhiko Kotagiri
Despite a long history, the organized field of research on voluntaristics in Japan has emerged only in the past two decades. This article presents a comprehensive review of voluntaristics research in Japan through an overview of past studies and recent hot topics. Nonprofit sector and voluntary action research, now termed voluntaristics (Smith, 2016), is reviewed here using four approaches: organizational, economic, employment, and charitable giving. Discussion of recent changes in the political-legal environment for nonprofit agencies and associations as well as of collaboration among nonprofits, governments, and businesses are presented. The article also covers some of the key topics in recent years, including rising social movements and advocacy, social impact bonds, social capital, and information and communication technologies (ICT) and social media.
In discussing the emergence, expansion, and diversification of nonprofit research in Japan, the article makes two main arguments. First, we argue that studies of voluntaristics are rather recent in Japan, still in pursuit of their own originality. Second, we argue that nonprofit research in Japan is constantly looking for an ideal relationship with practice. Research appears to have not fully caught up with the changing landscape of nonprofits in action, and research has not been able to guide practice into the best next steps. The article highlights characteristics of nonprofit sector research in Japan as well as suggesting key questions for future research.
E-Book 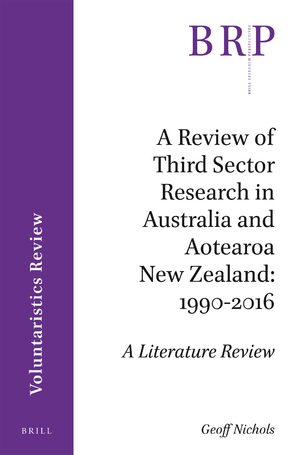 A Review of Third Sector Research in Australia and Aotearoa New Zealand: 1990-2016
Series: Brill Research Perspectivesand Brill Research Perspectives E-Books Online
Authors: Jenny Onyx and Garth Nowland-Foreman
This is the first comprehensive overview of third sector research in Australasia, prepared by leading researchers, Jenny Onyx in Australia and Garth Nowland-Foreman in Aotearoa New Zealand. It examines both the current state of knowledge of the sector and also the research infrastructure behind the sector. Part one documents the size and scope of the sector, as well as the development of the organisation ANZTSR and its journal. Part two examines relations with the state in each country, the rapid growth in funding services, but also effects of neo-liberal ideological and policy constraints. Part Three documents the current state of volunteering and philanthropy (giving) in both countries. Part Four examines the world of citizen action, building social capital within local communities, and also advocacy and political protest. The concluding Part Five examines some of the current developments in civil society, new emerging forms, and challenges for the future.
E-Book 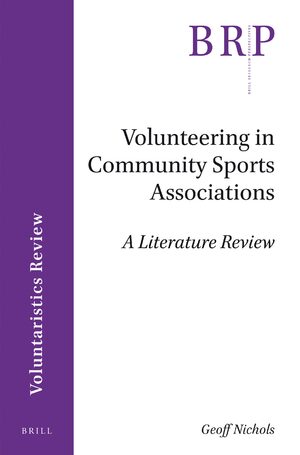 Volunteering in Community Sports Associations
A Literature Review
Series: Brill Research Perspectivesand Brill Research Perspectives E-Books Online
Author: Geoff Nichols
This review paper focuses on volunteers in community sports associations (CSAs). Such associations are a major context of sports volunteering across Europe, Canada and Australia—the countries in which a multitude of sports clubs are represented by governing bodies of sport. Their importance is not only in the large numbers of volunteers involved but also in the benefits of such associations to society. The clearest of these is the provision of opportunities to take part in sport, at a cost subsidized by the efforts of volunteers and thus contributing to physical health. However, the benefits extend more broadly to the quality of life and the rewards the volunteers themselves receive from association. Many community sports associations have a significant number of members who, while they do not actually play sport themselves, provide opportunities for others and also enjoy the social rewards of membership.

The aim of this broad-ranging review is to introduce the reader to community sports associations as an example of small, volunteer-led associations, and to make links between academic theory in this area and the more general study of volunteering. The breadth of the review allows readers to follow-up supporting references on individual topics. The author’s extensive experience, primarily of England and Europe, has inevitably led to more examples being drawn from these areas; however, broader international work is also incorporated. It is hoped this review will stimulate readers’ thinking about volunteering in their own country. 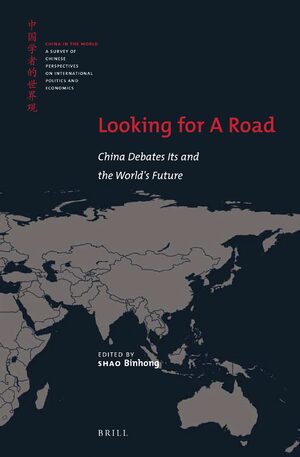 Looking for A Road
China Debates Its and the World's Future
Series: China in the World, Volume: 4
Editor: SHAO Binhong
Which three stages of the evolution of world order has China gone through? How does China deal with its neighbors, and with the countries on its periphery? How will China and the United States avoid falling into ‘The Thucydides Trap’? What led China to propose the ‘One-Belt-One-Road’ joint development initiative? This volume, the first of its kind, gathers a collection of translations of influential essays, speeches, and papers on Chinese foreign policy, national security, and foreign economic relations written by Chinese scholars. Many papers have also served as propositions for policy prescriptions to China's leaders, the vast majority of which have, to date, only been available in Chinese.
E-Book 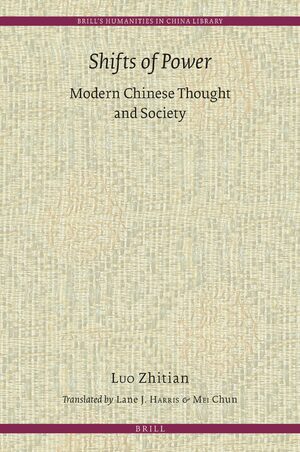 Shifts of Power
Modern Chinese Thought and Society
Series: Brill's Humanities in China Library, Volume: 11
Author: Zhitian Luo
In Shifts of Power: Modern Chinese Thought and Society, Luo Zhitian brings together nine essays to explore the causes and consequences of various shifts of power in modern Chinese society, including the shift from scholars to intellectuals, from the traditional state to the modern state, and from the people to society. Adopting a microhistorical approach, Luo situates these shifts at the intersection of social change and intellectual evolution in the midst of modern China’s culture wars with the West. Those culture wars produced new problems for China, but also provided some new intellectual resources as Chinese scholars and intellectuals grappled with the collisions and convergences of old and new in late Qing and early Republican China.
E-Book 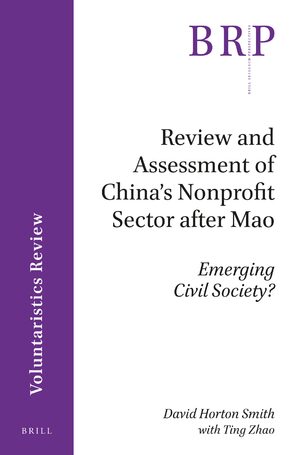 Review and Assessment of China's Nonprofit Sector after Mao
Emerging Civil Society?
Series: Brill Research Perspectivesand Brill Research Perspectives E-Books Online
Author: David Horton Smith
Published research in English is reviewed on the Nonprofit Sector (NPS) in mainland China since Mao’s death in 1976. A large, diverse, and rapidly growing NPS exists, but openly political Nonprofit Organizations (NPOs) outside the Communist Party and its control are prohibited. China has civil society in the narrower sense: a substantial civil society sector or NPS exists. However, the party-state in China continues to play a dominating role in regard to the NPS, especially for registered NPOs. Freedom of association is still limited in China, especially for national associations, which are nearly all Government Organized Nongovernmental Organizations (GONGOs), not genuine NGOs/NPOs. The broader scope definition of civil society focuses on functioning civil liberties, and the ability of NPOs in general to influence significantly the government on various policy issues. In these terms, China has a weak but slowly emerging civil society with far more associational freedom than under Mao. 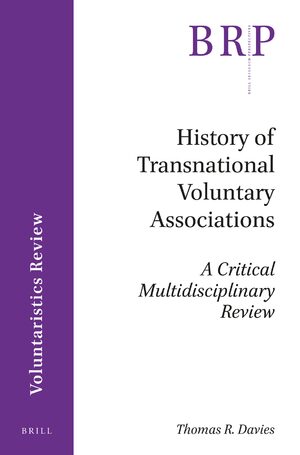 History of Transnational Voluntary Associations
A Critical Multidisciplinary Review
Series: Brill Research Perspectivesand Brill Research Perspectives E-Books Online
Author: Thomas R. Davies
Davies’ review explores the history of transnational voluntary associations, commencing with general patterns before proceeding to cover the history of different sectors in turn, including humanitarianism, science, education, environment, feminism, race, health, human rights, labour, business, standards, professions, culture, peace, religion, and youth. Coverage extends from the late eighteenth century through to the early twenty-first century and spans histories of particular organizations and of particular campaigns in addition to the evolution of broader transnational social movements. Contrasting perspectives on historical evolution are considered, including both linear and cyclical interpretations. The factors underpinning historical changes are explored, including economic, environmental, political, scientific and social developments. Insights are drawn not only from a transnational historical perspective, but also the many other disciplines that shed light on the subject, such as world sociology. The review also incorporates perspectives from international relations, development studies, peace studies, voluntary sector studies, and women’s studies. It argues that the historical evolution of transnational voluntary associations is longer, less Western in origin and more cyclical than traditionally assumed.
E-Book