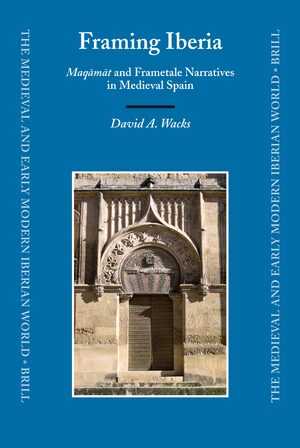 Framing Iberia
Maqāmāt and Frametale Narratives in Medieval Spain
丛编： History, Brill's Paperback Collection, and The Medieval and Early Modern Iberian World, 卷： 33
著者： David Wacks
Framing Iberia is a study of medieval Iberian culture observed through the lens of the frametale, a type of story collection cultivated by medieval Iberian authors in several languages. Its best known examples outside of Iberia are Chaucer’s Canterbury Tales, Boccaccio’s Decameron, and the Thousand and One Nights. In Framing Iberia the author relocates the Castilian classics El Conde Lucanor and El Libro de buen amor within a literary tradition that includes works in Arabic, Hebrew, Latin, and Romance. In doing so, he draws on current critical theory and cultural studies in reevaluating how the multicultural society of medieval Iberia is reflected in its narrative literature. Winner of the 2009 La corónica International Book Award for scholarship in Medieval Hispanic Languages, Literatures, and Cultures. 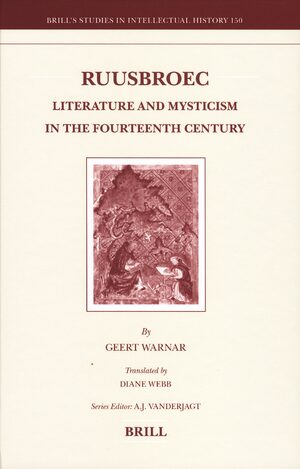 Ruusbroec
Literature and Mysticism in the Fourteenth Century
丛编： History, Brill's Paperback Collection, and Brill's Studies in Intellectual History, 卷： 150
著者： Geert Warnar
Jan van Ruusbroec (1293-1381), the most influential medieval Dutch author, is generally acknowledged to be one of the key figures in the tradition of Christian mysticism. This book concentrates on the medieval dimensions of Ruusbroec’s authorship. Warnar offers a comprehensive analysis of Ruusbroec’s oeuvre within the social, religious and literary frameworks of the fourteenth century Low Countries. Ruusbroec emerges as an author who was fully engaged in contemporary discussions on the contemplative life and mystical theology, as a charismatic guide who attracted a growing number of disciples first from the Low Countries but soon from all over Western Europe, and as the architect of a vernacular oeuvre of international interest from the Middle Ages to modern times.
电子书 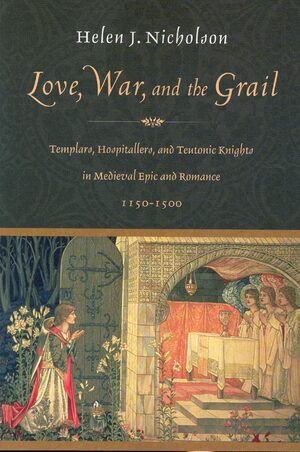 Love, War, and the Grail
Templars, Hospitallers, and Teutonic Knights in Medieval Epic and Romance, 1150-1500
著者： Helen J. Nicholson
The Knights Templar, Knights Hospitaller, and Teutonic Knights frequently appear in the French, German, and English epic and romance literature of the Middle Ages. Love, War, and the Grail examines the religious roles of the military orders, such as caring for the sick, their warrior role of fighting Muslims, and the role of Templars in the Grail romances. It traces how these roles developed over time and looks at the role of these military religious orders in fiction of the Middle Ages. Nicholson’s analysis of the military orders in medieval fictional literature is of interest both to historians and to literary specialists. This is the first in-depth study to consider the subject throughout the medieval period.
平装本

Iter Italicum: A Finding list of Uncatalogued or Incompletely Catalogued Humanistic MSS, Iter Italicum: Index and Addenda to Vol 5.: Alia itinera 3: Sweden to Yugoslavia, Utopia. Italy 3: Supplement to Italy
Compiled by J. Wardman and her Assistants in Collaboration with the Author
丛编： Iter Italicum
著者： Kristeller
The Iter Italicum serves as a useful reference work for scholars in the history of philosophy, the sciences, classical learning, grammar and rhetoric, Neolatin literature, historiography of the theory of the arts and of music and related subjects. By scanning the volume or through this index, scholars will be able to find source material for individual writers as well as for certain subjects, problems or themes. By indicating for each manuscript its location and shelf-mark, scholars will find it easier to order microfilms or to pursue more detailed studies of some of the manuscripts listed. The volumes should also prove useful for librarians as a reference for the holdings of their own or other libraries.
平装本