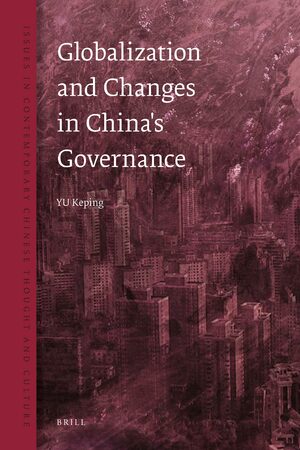 Globalization and Changes in China's Governance
Series: Issues in Contemporary Chinese Thought and Culture, Volume: 1
Author: Keping Yu
China has witnessed great economic, political and societal changes since the reform and opening up in 1978. As China's economic system has been experiencing fundamental changes, China’s structure of governance has also been substantially altered in response to globalization. A unique model of political development is underway in China, which differs considerably from those conceived under both traditional socialist and liberal Western models. Globalization and Changes in China’s Governance, now available in English translation, tackles these issues of global importance through the analytical prowess of one of China’s leading intellectuals. This volume is an essential resource for readers tracking the rapid changes in China’s political and economic systems and for those interested in the work of public intellectuals in the PRC.

This book is also available in hardcover.
Paperback 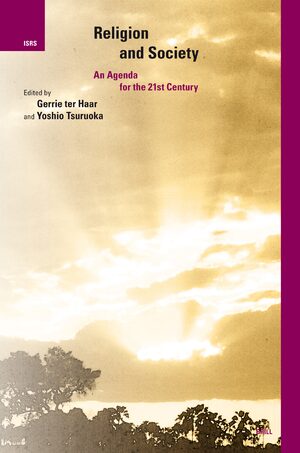 Religion and Society
An Agenda for the 21st Century
Series: International Studies in Religion and Society, Volume: 5
Authors: Gerrie ter Haar and Yoshio Tsuruoka
Religion is set to be a major force in the twenty-first century. Here is a book that tells us what the world's leading scholars have to say about this. Issues of conflict and peace, ethical questions concerning the use of advanced technology, explanations of the global religious revival, and the role of women in religious leadership, as well as questions about how to study religion, are all discussed. It is a volume that ranges exceptionally widely, in terms of the themes discussed, the variety of disciplines, and the participation of international scholars debating with each other. One section of the book is devoted to Japanese scholarship concerning the world's major religions. 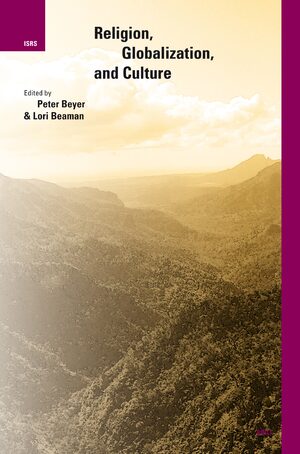 Religion, Globalization, and Culture
Series: International Studies in Religion and Society, Volume: 6
Editors: Peter Beyer and Lori Beaman
This volume brings together over 25 articles by many of the most important authors who have worked on issues directly related to the theme of religion and globalization. An additional emphasis on culture flags the inclusion of the relation of religion to its wider social context and also permits questioning the boundaries of religion so as to avoid a strong bias in favour of the analysis of institutionalized religion. The key emphasis of the book, however, is the focus specifically on religion, a topic that is still largely ignored in the burgeoning literature on globalization. The articles are divided into five subthemes: theoretical issues; historical approaches to religion and globalization; forms and boundaries of religion; key issues (such as ecology and gender); and regional perspectives.
Contributors: Afe Adogame, Elisabeth Arweck, Lori Beaman, Peter Beyer, John Boli, Gary Bouma, Dave Brewington, George Van Campbell, José Casanova, Paul Freston, Nobutaka Inoue, Laurel Kearns, Otto Maduro, Vasilios Makrides, Meredith McGuire, Vincenzo Pace, Rubina Ramji, James T. Richardson, Ole Riis, Roland Robertson, Marie-Andrée Roy, Shandip Saha, John H. Simpson, James V. Spickard, William Stahl, George Thomas, Bryan Turner, Margit Warburg, Michael Wilkinson.
E-Book 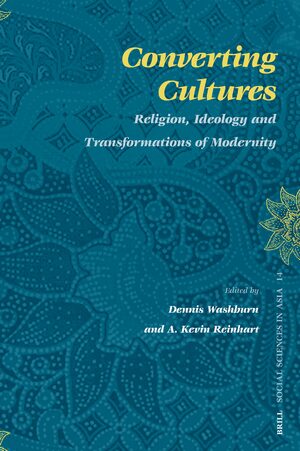 Converting Cultures
Religion, Ideology and Transformations of Modernity
Series: Social Sciences in Asia, Volume: 14
Editors: Dennis Washburn and Kevin Reinhart
This volume fundamentally improves our understanding of processes like the secularization of society, and the growth of mass ideological movements, by looking upon these transformations to modernity as a species of conversion akin to religious conversion. The geographical areas covered by the contributors—the Ottoman domain, India, China, and Japan—provide striking examples of the dynamic force of conversion as a reaction to the tremendous pressures exerted by colonialism and imperialism and by the types of transformations constitutive of modernity. 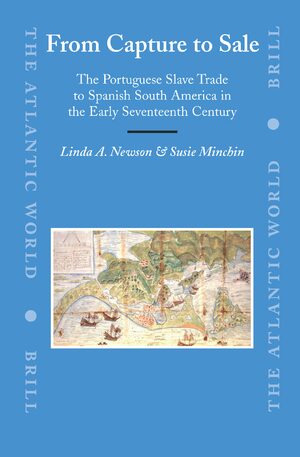 From Capture to Sale
The Portuguese Slave Trade to Spanish South America in the Early Seventeenth Century
Series: History, Brill's Paperback Collection, and The Atlantic World, Volume: 12
Authors: Linda Newson and Susie Minchin
From Capture to Sale illuminates the experience of African slaves transported to Spanish America by the Portuguese in the early seventeenth century. It draws on exceptionally rich accounts of one of the most prominent slave traders, Manuel Bautista Pérez. These papers cover the whole journey of the slaves from Africa, through Colombia and Panama to their final sale in Peru. The prime focus of the study is on the diet, health and medical care of the slaves. It will not only be of interest to scholars of the slave trade, but also to those interested in the impact of the Columbian Exchange on diets, medicine and medical practice in the early modern period. The book is well illustrated and contains over thirty tables and seven appendices.

From Capture to Sale has been selected by Choice as Outstanding Academic Title (2007). 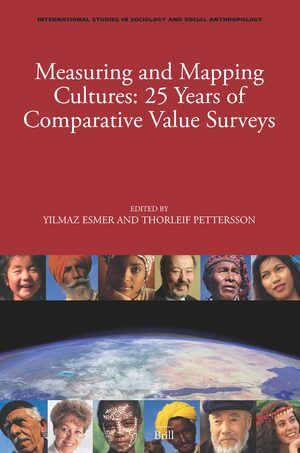 Measuring and Mapping Cultures
25 Years of Comparative Value Surveys
Series: International Studies in Sociology and Social Anthropology, Volume: 104
Editors: Yilmaz Esmer and Thorleif Pettersson
In 1981, the European and World Values surveys started the empirical investigations of value orientations on a global scale. This volume builds on these surveys, which now cover a time period of a quarter of a century. Two chapters discuss basic theoretical and methodological issues of value research, while four chapters focus on contemporary processes of value change: cultural globalization, individualization, secularization and democratization. These analyses of the data from the value surveys give new life to social science classics such as Tocqueville, Durkheim, Marx and Weber. The analyses are also of interest to the practitioners of economic and social development as well as educational and cultural policies. Contributors include: Chris Cochran, Yilmaz Esmer, Ronald Inglehart, Neil Nevitte, Shalom Schwartz, Thorleif Pettersson and Christian Welzel. This book was originally published as Volume 5 no. 2-3 (2006) of Brill's journal ‘Comparative Sociology'.
E-Book 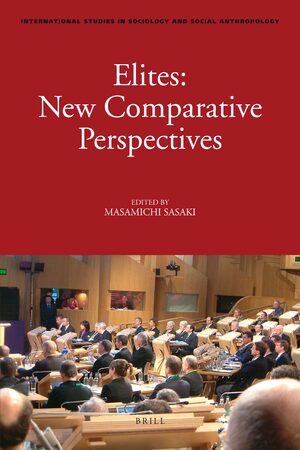 Elites: New Comparative Perspectives
Series: International Studies in Sociology and Social Anthropology, Volume: 107
Author: Masamichi Sasaki
Elites come in many forms and express themselves in an extraordinary variety of ways. This collection reflects just that diversity. From an overview of elites for the relatively uninitiated to comparative studies of elites in individual, national, social and political contexts, this work is both historical and contemporary, and encompasses a variety of case studies of elite individuals as well as elites in a broad range of national and political environments. All this is intended to assist those interested in the study of elites from historical and contemporary theoretical and empirical perspectives. Ultimately, this volume suggests many opportunities for further study and research.
E-Book 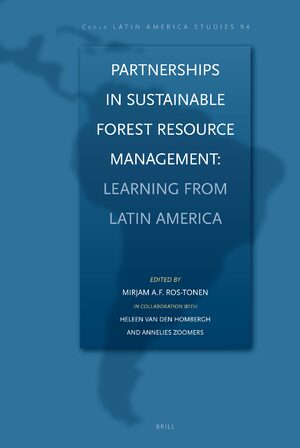 Partnerships in Sustainable Forest Resource Management: Learning from Latin America
Series: CEDLA Latin America Studies (CLAS), Volume: 94
Author: Mirjam Ros-Tonen
This book brings together experiences with a rich variety of sustainable forest and tree resource management partnerships in various countries in Latin America – Trinidad, Costa Rica, Nicaragua, Guyana, Brazil and Ecuador. The authors reflect on the scope, objectives, institutional organisation and benefits of partnerships, on the actors involved and excluded, and on the hindrances associated with overcoming cultural differences, institutional barriers, power imbalances and diverging interests. The question that runs as a common thread through this book is whether, and under what conditions, partnerships for sustainable forest and resource management can contribute to pro-poor, socially just and environmentally-friendly forest governance. By presenting the lessons learned from a wide range of partnerships, this book is a valuable resource for students, scholars and practitioners dealing with new governance forms in forest and natural resource management.
E-Book 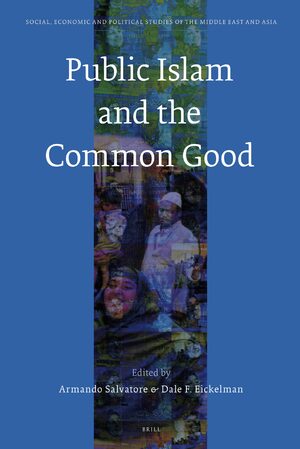 Public Islam and the Common Good
Series: Social, Economic and Political Studies of the Middle East and Asia, Volume: 95
Editors: Armando Salvatore and Dale Eickelman
This book explores the public role of Islam in contemporary world politics. “Public Islam” refers to the diverse invocations and struggles over Islamic ideas and practices that increasingly influence the politics and social life of large parts of the globe. The contributors to this volume show how public Islam articulates competing notions and practices of the common good and a way of envisioning alternative political and religious ideas and realities, reconfiguring established boundaries of civil and social life. Drawing on examples from the late Ottoman Empire, Africa, South Asia, Iran, and the Arab Middle East, this volume facilitates understanding the multiple ways in which the public sphere, a key concept in social thought, can be made transculturally feasible by encompassing the evolution of non-Western societies in which religion plays a vital role.
Paperback 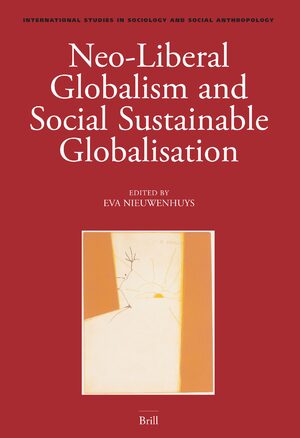 Neo-Liberal Globalism and Social Sustainable Globalisation
Series: International Studies in Sociology and Social Anthropology, Volume: 100
Editor: Eva Nieuwenhuys
According to mainstream economic thinking, inspired by the ideas of Smith, Ricardo and others, globalisation of the world economy is profitable. But unlike these classic writers, neoliberal economists pay little attention to the moral and social consequences of economic policies. Despite the fact that present social circumstances differ a great deal from those in the time of Smith and Ricardo they keep maintaining that “an invisible hand” will further social ends. In doing so they ignore growing poverty worldwide and the exclusion of countries from the international legal order and of people from the right to social participation and freedom.
This book pays attention to economic aspects of globalisation and also to philosophical, legal, social, cultural, ethical and ecological aspects. Its aim is to contribute to possible solutions for worldwide problems that accompany the globalisation process.
Paperback