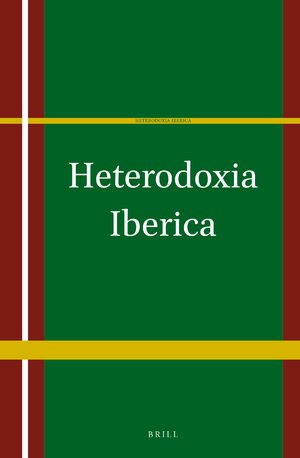 Heterodoxia Iberica
Editor: Jorge Ledo
This new series publishes high quality philological editions of a selected number of influential works or authors forbidden by the Iberian Inquisition, or challenging the idea of an Imperial Spain/Portugal. The volumes are all accompanied by studies by leading scholars in the field. An important criterion for inclusion in the series is that the chosen text is either unpublished or does not have a modern, scholarly edition. As such, the series presents a highly innovative content. The series will reflect the cultural and intellectual production of all Iberian authors, Jewish and Morisco authors, but also of reformers and/or Catholic authors who challenged prevalent religious, political, or literary discourse.

The series has published one volume since 2014. 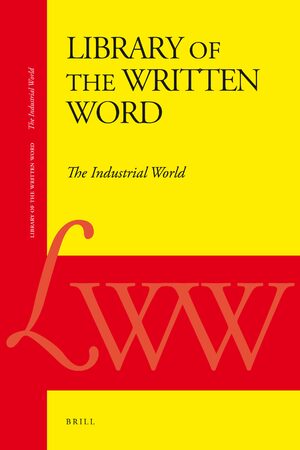 Library of the Written Word - The Industrial World
Editor: Michael B. Winship
The Industrial World is a peer-reviewed series that explores the ways that industrialization has shaped the production, distribution, and reception of books from the beginning of the nineteenth century to the present day. This period is marked by the introduction of new technologies – not just of manufacture, but also of transportation and communication – that have profoundly altered the ways that books are created and circulated and that have, among other things, enabled the rise of international publishing conglomerates that can reach a global mass market. The series investigates every aspect of the book in the industrial world, from the reorganization of the book and publishing trades to the present impact of digital texts and the internet. 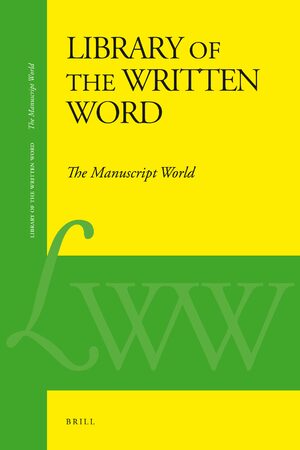 Library of the Written Word - The Manuscript World
Editor: Richard Gameson
The Manuscript World investigates the forms, functions and impact of books, individually and collectively, in their cultural contexts, from Antiquity to the Renaissance. Extending from the era of roll books, through that of the monastic scriptorium and then on, via the age of professional scribes and illuminators serving scholars and princes, to the point when manuscript-makers were responding to the challenge of printing, this long period embraces a sequence of profound changes in the nature of the book. The Manuscript World accordingly explores the many roles of the hand-written book in all its manifestations, across more than a millennium of human history. 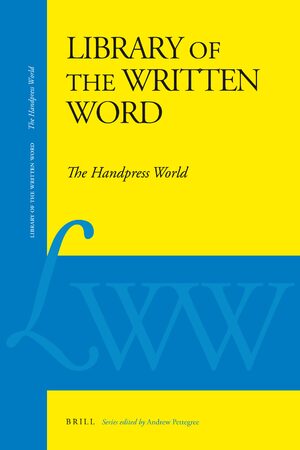 Library of the Written Word
The Library of the Written Word is an international peer-reviewed book series that publishes monographs, edited volumes, source materials and bibliographies on a variety of subjects, related to the history of the book, magazines and newspapers. The series consists of three subseries, each one covering a particular period:
The Manuscript World,
The Handpress World, and
The Industrial World.

The series invites studies in codicology, palaeography, typography, economic history of the trade and the technology of printing. Analytical bibliographies as well as editions of key sources can be included, and studies on the cultural and political role and impact of the written word are also welcome. Where possible, the economic aspects of the book trade should be included in studies published in this series. 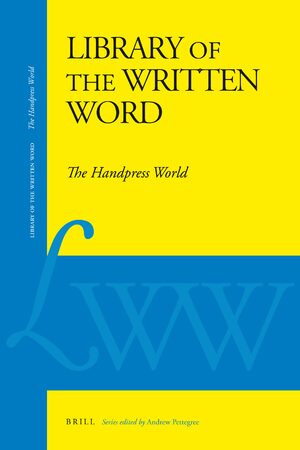 Library of the Written Word - The Handpress World
Editor: Andrew Pettegree
The Handpress World explores the impact of the invention of printing by moveable type from the first experiments of the incunabula age through to the end of the eighteenth century. In this crucial period of book history the new technology both transformed established markets for scholarly and religious literature and found a new public through the rise of the pamphlet and later the newspaper. The series will investigate every aspect of this cultural transformation, from the promotion in print of the great intellectual movements of the day through to the birth of the public library.