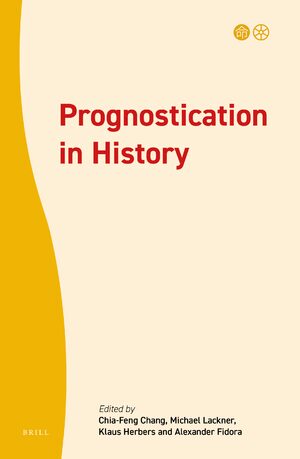 Prognostication in History
Editors: Chia-feng Chang, Alexander Fidora, Klaus Herbers and Michael Lackner
How has man dealt in daily practice with the uncertainty intrinsic to the future? Prognostication in History is a peer-reviewed, international book series that investigates the concepts, techniques and practices and their development in different societies and in different periods. Its main focus is on Asia and Europe.
Prognostication in all its forms is an extremely diverse anthropological phenomenon, which so far has been understudied in the Humanities. The book series approaches the topic from a cross-cultural and multi-disciplinary perspective, aiming to both broaden specific knowledge and enhance critical reflection. Published in close cooperation with the Society for the Critical Study of Divination, it builds on the work of the International Consortium for Research in the Humanities at Erlangen University on “Fate, Freedom, and Prognostication – Strategies for Coping with the Future in East Asia and Europe”, thus providing a platform for scholars world-wide to present and connect their research on a subject of ever-growing importance for a wide variety of disciplines.

Corpus Avesticum
Editors: Alberto Cantera and Almut Hintze
The series Corpus Avesticum is designed to provide a forum for new editions of Avestan texts. It includes works by different authors on the transmission of the Avesta and editions of Avestan texts and their exegesis in Pahlavi and Sanskrit. The editions will be based on a fresh collation of the manuscripts available today and on a critical analysis of the manuscript tradition. Editions would vary according to the focus individual authors have chosen for their work.
The series comprises three types of works. The first type would be editions of the ritual Avesta. They provide the Avestan text of complete rituals together with a text-critical apparatus. The second type comprises editions of the Avestan, Pahlavi or Sanskrit versions of a text with translation, commentary and dictionary of that particular text. Depending on the size of the text, the edition would be either of a complete text, or of a constituent part of a larger text (such as, for example, part of the Yasna). The third type comprises analyses of the history and dependencies of the manuscripts. 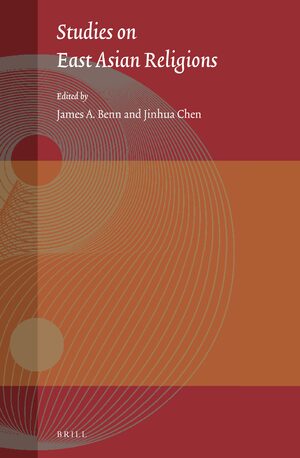 Studies on East Asian Religions
Editors: James A. Benn and Jinhua Chen
Studies on East Asian Religions seeks to break through the barriers between academic disciplines, sectarian divisions and geographical borders, in the scholarship on the religions of East Asia by bringing together scholars and sources that have not often been in dialogue before. Its field of research is the vast array of newly-available primary sources for the doctrines and practices of East Asian Religions.
By promoting research that assembles material from across East Asia (the area in which, historically, written Chinese was a major language of religion and culture), this book series will make possible a broader view of regional interactions that does not privilege one locale or one vector of exchange. To do so, it will be essential to publish work in English by scholars from and of all parts of East Asia alongside that of researchers working in Europe and North America.
The series will accept regular monographs, edited volumes, translations and occasionally collected volumes, all subject to peer review. 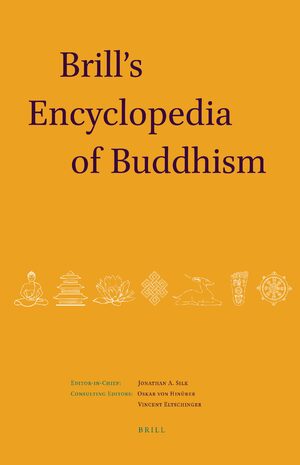 Brill's Encyclopedia of Buddhism
Brill’s Encyclopedia of Buddhism is the first comprehensive academic reference work devoted to the plurality of Buddhist traditions across Asia, offering readers a balanced and detailed treatment of this complex phenomenon in six thematically arranged volumes: literature and languages (I, publ. 2015), lives (II, publ. 2019), thought (III), history (IV), life and practice (V), index and remaining issues (VI).
Each volume contains substantial original essays by many of the world’s foremost scholars, essays which not only cover basic information and well-known issues but which also venture into areas as yet untouched by modern scholarship. An essential tool for anyone interested in Buddhism.

An online resource will provide easy access to the encyclopedia’s ever-growing corpus of information.

Brill’s Encyclopedia of Buddhism is under the general editorial control of Jonathan Silk ( Leiden University, editor-in-chief), Richard Bowring ( University of Cambridge) and Vincent Eltschinger ( École Pratique des Hautes Études, Paris). In addition, each volume has a dedicated board of specialist editors. 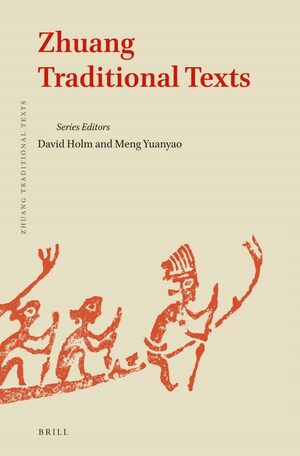 Zhuang Traditional Texts
Editors: David Holm and Yuanyao Meng
The Zhuang are a Tai-speaking people and China’s most populous minority. This series presents critical editions of traditional Zhuang texts, written in a character script based on Chinese but modified to represent the Zhuang language. Each volume will present a single text or a number of texts from the same locality or region, including ritual texts, song texts, play scripts, and other genres. Together, these works will serve to introduce many different aspects of Zhuang cultural life to an international readership. 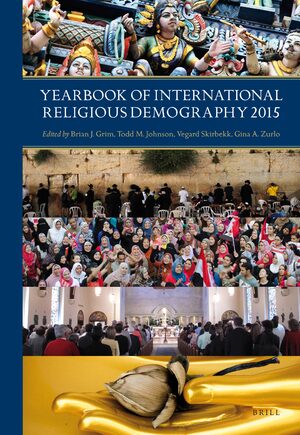 Yearbook of International Religious Demography
Editors: Brian J. Grim, Todd M. Johnson, Vegard Skirbekk and Gina A. Zurlo
This series is as of 2019 continued as the Journal of Religion and Demography 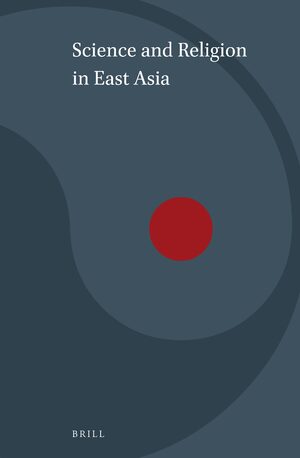 Science and Religion in East Asia
Editors: Benjamin A. Elman, Jongtae Lim, Dagmar Schäfer, Dagmar Schäfer and Yung Sik Kim
Brill’s book series Science and Religion in East Asia features scholarly monographs and edited volumes, focusing on the question of how human understanding of the world and its application to various fields of socio-cultural life in East Asian societies were shaped in the context of religious thought and practices, notably those of Confucianism, Daoism and Buddhism.
Recent scholarship on the history of European science in medieval and early modern periods has shown that society’s scientific endeavor was inextricably intertwined with spiritual and moral pursuits, classified in modern times as a separate category called "religion". The rich resources in East Asia on both scientific pursuits and moral-religious teachings, enable us to examine the fine texture of relations woven in the course of the continuous interchange of aims, methods, and knowledge between these scientific and moral-religious enterprises.
A special emphasis is put on the relation between science and what is called Confucianism, the most common and dominant thread of thought in East Asian societies. Science and Confucianism developed form and content to a considerable degree under the influence of ideas and techniques from Daoist and Buddhist traditions. From the sixteenth century onwards, they also interacted with Western science that had been developed in Europe dominated by Christianity. Science and Religion in East Asia pays ample attention to the role of these other religions present in East Asia as well and the interaction with other regions of the world.

The series has published one volume since 2014. 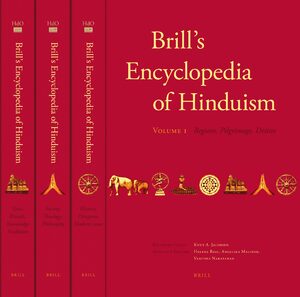 Brill’s Encyclopedia of Hinduism is part of the Handbook of Oriental Studies, Section 2: South Asia (HO2), which publishes scholarly reference works, bibliographies, and research tools pertaining to the political, economic, social, linguistic, and religious history of the Indian subcontinent.

The six-volume Brill’s Encyclopedia of Hinduism -with first volume published in 2009 and to be completed in 2014 with Vol. 6- is a thematic encyclopedia, presenting the latest research on all the main aspects of the Hindu traditions in original essays written by the world’s foremost scholars on Hinduism. The Encyclopedia explicitly adopts an interdisciplinary and pluralistic approach, and in it, the term “Hinduism” is used critically in the knowledge that most of the traditions that today make up Hinduism are much older than the term itself. The Encyclopedia aims at a balanced and even-handed view of Hinduism, recognizing the tensions inherent in the academic examination of Hinduism. It emphasizes that Hinduism is a conglomerate of regional religious traditions and at the same time a global world religion. Hinduism is also both an ancient historical tradition and a living tradition flourishing in the contemporary world. It is an oral tradition, yet one with a huge number of sacred texts at its basis. Hinduism is both a religious identity and an object of academic scholarship.