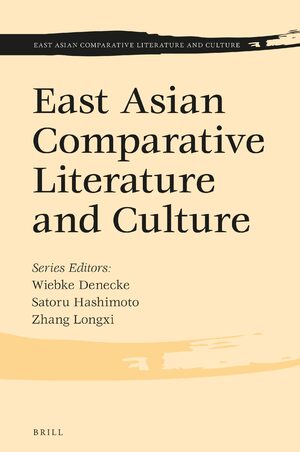 East Asian Comparative Literature and Culture
Editors: Wiebke Denecke, Satoru Hashimoto and Longxi Zhang
With the increasing international importance of East Asia in economic, political, and cultural terms, more and more readers are interested in better understanding this part of the world which can boast long-standing histories and traditions as well as vibrating modern cultures. This book series publishes substantial comparative research on the literary and cultural traditions of premodern and modern East Asia and their relation to the world. It welcomes in particular forms of comparative analysis that combine the depth of area-study-expertise and philology with theoretical acumen and a courageous orientation towards fundamental questions.
The series aims to showcase original research on the methodology and practice of comparison in three main areas: intra-Asian comparisons of China, Korea, Japan, and Vietnam; East-West comparisons that examine Western alongside East Asian traditions and explore their historical encounters and cultural interactions; and multi-polar studies that examine East Asian literatures and cultures in light of their relations with India, the Middle East, Africa, or Latin America. The series focuses on the core humanities such as literature, history, religion, philosophy and thought, art history, and archaeology, but also welcomes contributions adopting culturally-informed approaches in anthropology, political science, sociology, or linguistics.
The series is directed at scholars and graduate students of East Asia and, more broadly, comparatists engaged in the study of various literary and cultural traditions around the world. We publish English-language monographs, conference volumes, and, occasionally, English translations of outstanding scholarship in other languages.

The series has published an average of 2,5 volumes per year since 2014.