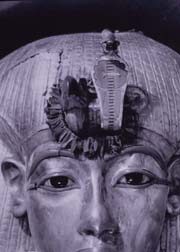 Selected photographs of ancient monuments, architecture, country and city life, and flora and fauna of Egypt; includes some of Greece and Turkey. 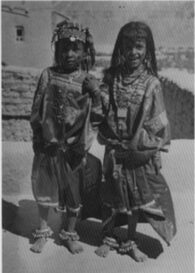 This collection of photographs, which this edition is publishing in its entirety for the first time, is a fascinating record of the remarkable travels of Dame Freya Stark, who died in May 1993 at the age of 100. After her death, the entire collection, which documents Freya's many visits to the Middle East and beyond, and consists of nearly 6,000 prints in 42 separate albums, was deposited in the archives of the Middle East Centre at St. Antony's College, Oxford. A point of special interest is that most of the photographs were taken with the same camera: a Leica III, which she bought in 1933 and used on all her travels.
Growing up in a liberal household - her parents were bohemian artists - Freya and her sister Vera enjoyed an unconventional childhood. Their mother Flora had been brought up in Italy, and the two sisters spent part of each year either at their grandmother's house in Genoa, or at the home of a friend of their father in Asolo, near Venice. Although Freya had no formal education until she entered London University's Bedford College at the age of eighteen, by the time she was seven she could already converse in four languages. This unusual accomplishment, and the long walks that she took on Dartmoor and in the Dolomites, made her a natural traveller. She was also a keen mountaineer, and climbed the Matterhorn shortly after the First World War. During the Great War she had worked as a nurse on the Italian-Austrian front.

The Levant
Freya had her first experience of the Middle East in 1927, when she spent three months with the Quaker Mission on the outskirts of Beirut improving the Arabic she had begun learning at home in 1921. In 1928 she moved to Damascus, and travelled on to Amman and Jerusalem before returning to Europe via Cairo. She was to make many return visits to the Levant: in 1977, at the age of 84, she visited it for the last time, when she made her famous journey down the Euphrates on a raft made of reeds.

Iraq and Kuwait
Freya visited Iraq for the first time in March 1929. Three years later she worked for a short time as a sub-editor on the English-language newspaper, The Baghdad Times. She made many subsequent visits to the country before, during and after the Second World War. She made her first visit to Kuwait in 1932 and returned to that country in 1937.

Persia
In 1930 she made her first visit to Persia, the present-day Iran. After a month in Hamadan improving her Farsi, she visited Alamut. In September 1931 she returned to Teheran after being informed of her father's death. She was to visit Teheran on one further occasion, in 1943, while she was on leave from her work for the Ministry of Information.

The Arabian Peninsula
It was in 1935 that Freya first visited the Hadrhamaut region of Yemen, returning in 1938 in the company of the archaeologist Gertrude Caton Thompson. In 1939 she was sent to Aden as Stewart Perowne's assistant in the Government Information Department. Freya married Stewart Perowne in 1947, but the marriage was not a success and they divorced in 1952. She visited Sana'a and North Yemen for the last time in 1976.

Egypt
On her way back to Europe following her first visit to the Middle East in 1927, Freya decided to make a short stay in Egypt. Later, in 1940, she was transferred to Cairo from Aden while working for the Ministry of Information. She visited Egypt for the last time in 1961.

Turkey
Freya made frequent visits to Turkey between 1952 and 1976, often combining them with side-trips either to Greece or, occasionally, to Syria and Iraq. The Collection includes no fewer than eleven albums of photographs of Turkey by far the largest number of photographs in the Collection to be devoted to a single country.

Libya, Greece and Tunisia
Freya's husband Stewart Perowne was appointed adviser to King Idris of Libya in 1950, and Freya joined him in Libya in March of that year. This was also to be the year that she made her first visit to Greece, a country she was to return to on several further occasions during the fifties and sixties. She visited Tunisia in 1960.
Over the course of her long life, Freya also visited Nepal, Afghanistan, India, Cambodia, China, Kenya and Cyprus. In 1948 she also spent five months in Barbados while her then husband was serving as Deputy Governor.
Freya Stark was the author of numerous travel books and several volumes of autobiography. Her strong personality enabled her to survive in societies that were both male-dominated and suspicious of outsiders. It would no longer be possible for a woman, travelling alone except for native helpers, to make the sort of journeys she made. She was indeed a remarkable character, and these photographs are a fitting testimony to her life, as well as being an invaluable record of a rapidly changing Middle East. 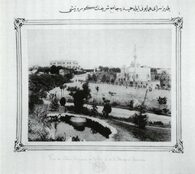 The collection of photographs published for the first time in this edition was presented to the British Museum (London) in 1893 by the Ottoman Sultan Abdulha-mid II, who reigned from 1876 to 1909. The fifty-one albums, now preserved in the British Library, contain over 1800 photographs. These pictures afford a fascinating view of some aspects of the Ottoman Empire in the 1870s and 1880s.
More than 1,800 photographs in 51 albums.
Microfiche Collection

A selection of photographs dated between 1858 and 1973 from the photo archive in the Middle East Centre of St. Antony's College, Oxford. The collection documents political, historical, archaeological and anthropological events and subjects in the Middle East.
16,122 photographs.
Microfiche Collection 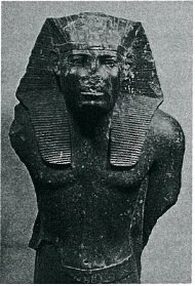 Photographs, made between 1931 and 1975 by Egyptologist Hans Wolfgang Müller. Photos document objects d'art, sculptures, reliefs and smaller objects as well as other Egyptian antiquities.
Over 7,000 photographs.
Microfiche Collection