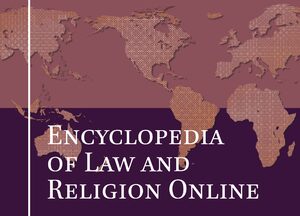 Encyclopedia of Law and Religion Online
In recent years, issues of freedom of religion or belief and state-religion relations have become increasingly important worldwide. While some works have treated such issues regionally, the Encyclopedia of Law and Religion is unique in its breadth, covering all independent nations and jurisdictions as well as the major international organizations, treating the relation between law and religion in its various aspects, including those related to the role of religion in society, the relations between religion and state institutions, freedom of religion, legal aspects of religious traditions, the interaction between law and religion, and other issues at the junction of law, religion, and state.

Offered online and in five print volumes – Africa, the Americas, Asia, Europe, and Oceana + International Organizations – this work is a valuable resource for religious and legal scholars alike. Each article provides the following information for the broadest comparative advantage: