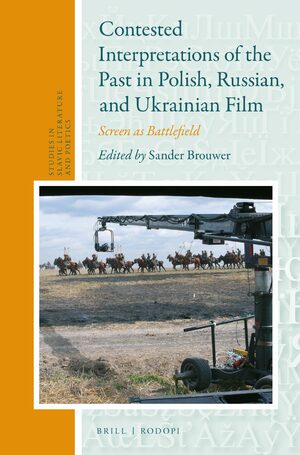 Contested Interpretations of the Past in Polish, Russian, and Ukrainian Film
Screen as Battlefield
Series: Studies in Slavic Literature and Poetics, Volume: 60and Studies in Slavic Literature and Poetics Online, Volume: 60
Editor: Sander Brouwer
Questions of collective identity and nationhood dominate the memory debate in both the high and popular cultures of postsocialist Russia, Poland and Ukraine. Often the ‘Soviet’ and ‘Russian’ identity are reconstructed as identical; others remember the Soviet regime as an anonymous supranational ‘Empire’, in which both Russian and non-Russian national cultures were destroyed. At the heart of this ‘empire talk’ is a series of questions pivoting on the opposition between constructed ‘ethnic’ and ‘imperial’ identities. Did ethnic Russians constitute the core group who implemented the Soviet Terror, e.g. the mass murders of the Poles in Katyn and the Ukrainians in the Holodomor? Or were Russians themselves victims of a faceless totalitarianism? The papers in this volume explore the divergent and conflicting ways in which the Soviet regime is remembered and re-imagined in contemporary Russian, Polish and Ukrainian cinema and media.
E-Book