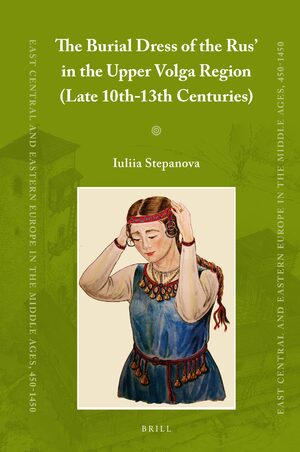 The Burial Dress of the Rus' in the Upper Volga Region (Late 10th-13th Centuries)
Series: East Central and Eastern Europe in the Middle Ages, 450-1450, Volume: 43
Author: Iuliia Stepanova
This book is devoted to the Old Rus’ dress of the Upper Volga area, as gleaned from the archaeological evidence of the burial sites.
The organic remains of dress and metal and glass ornaments and fasteners are considered. Issues such as the social status and age of the buried individuals, as well as the influence of various ethnic groups (including East Slavic groups, Finno-Ugric tribes and the Balts ) on the dress of the Old Rus’, are addressed through the study of variants of male and female headdresses, clothes and accessories. Furthermore, a detailed study of the evolution of the headdress and the structure of jewelry from the late 10th century to the 13th century is offered.