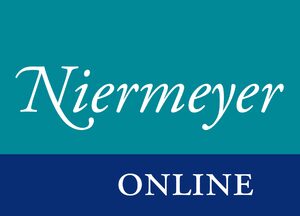 Mediae Latinitatis Lexicon Minus Online
J. F. Niermeyer's Mediae Latinitatis Lexicon Minus is a highly practical lexicon, providing researchers, teaching staff and students in the field of Medieval History with concise, essential information. Niermeyer Online on Brill’s Dictionary Platform is still the “compendious lexicon for rapid information” envisaged by Niermeyer and is the only online version based on the very latest print edition (content expanded by 10% in 2002). This last update also provided French, English and German translations for every entry of a Medieval Latin concept. Niermeyer Online offers searches on lemma and full text: searches can be refined by century of use. All entries are contextualized with relevant text passages. Niermeyer’s Lexicon Minus has established a reputation over more than 50 years as an invaluable, authoritative, and highly rated resource for medievalists, and Niermeyer Online is certain to be an indispensable working tool for historians working inside or outside an academic library.
Online 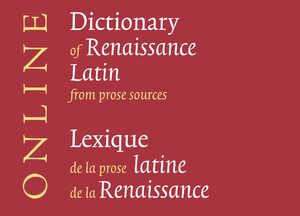 Dictionary of Renaissance Latin from Prose Sources / Lexique de la prose latine de la Renaissance Online
Second, Revised and Significantly Expanded Edition / Deuxième édition revue et considérablement augmentée
An online version of the first dictionary of Renaissance Latin, based on its second revised print edition. It records the vocabulary of over 230 Latin prose authors from different regional backgrounds who wrote between c. 1300 and c. 1600, and gives translations in French and English in approximately 11,000 entries. A standard tool not only for latinists and neo-latinists, but also for historians, philosophers, theologians, historians of law, and intellectual historians working in the fields of Humanism, the Renaissance, the Reformation and Counter-Reformation
Online