Archaeology of connectivity has attracted researchers since the beginning of the discipline when migration theories reigned in archaeological research. In East Africa, it started close to the mid-twentieth century with a strong emphasis on coastal archaeology, because that is where imported and datable materials such as glass beads and porcelain were plentiful. Apart from contributing to the chronology of the culture history of the west coast of the Indian Ocean, such materials also acted as strong proofs for the connectivity between East Africa and the northern coast of the Indian Ocean and the Far East. As archaeological research expanded into the interior, these materials came to be used as markers of connectivity between the coast and the hinterland, and through it with the eastern world. Gradually, false assumptions emerged: first, that connectivity is almost always coast-interior oriented, and second, that it is almost always evinced by imported materials. This paper attempts to refute these assumptions using an inland site from southern Tanzania, which has proven to have strong links with the coast and, more strongly, with other inland sites as far as in what is today Zambia, Malawi, Zimbabwe, Botswana, and South Africa. The evidence for this connectivity varies from symbolism and technology to trade objects.

This study builds on extant literature on autocratization by critically analyzing democratic setbacks, arising from widespread incidents of electoral and political violence in democratic processes in Africa. The study leverages on frustration-aggression propositions to analyze the politico-electoral dynamics in autocratization trends in climes where the incentives to use violence as power acquisition strategy have become a dominant norm either by the ruling elites who seek to remain in power (sometimes by all means – both legal and, mostly, illegal) or by the opposition groups seeking to dislodge the former. As a qualitative research, the study squarely relies on available documented textual materials and rich datasets developed by reputable international research institutes. The analysis of data reveals that autocratization is real, gradual and subtle in Africa, and it is fostered by weak electoral institutions that are helpless in checkmating the use of violent strategies to win an election, which is the most visible element of modern democracy. Based on these findings, deliberate efforts should be made to build and/or strengthen electoral institutions that will rise above group interests and group control and ensure equal playing ground for all political groups in the contestation for state power. This will guarantee stable democratic growth within the context of the democratic principle of equal political opportunity premised on one man, one vote in Africa. 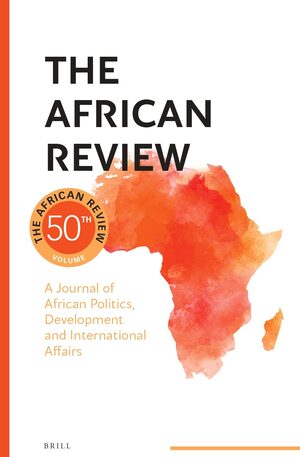 By qualitatively drawing on relevant empirical and secondary data sources, the present study sought to investigate the relationship and the practice between the Ethiopian state and csos through the illustration of different relationship patterns, i.e. cooperation and/or co-optation and confrontation, between the two actors and the implications thereof for the imperative of democratization in the country. The study primarily analyzed two supplementary notions: the politico-legal changes in the governance of Ethiopian csos, between 1991 and 2018, on the one hand, and the strategies employed by cso actors to deal with such changes in the same period, on the other hand. The analysis could be further divided into two analytical time periods i.e., the first is from 1991 up to 2005 and the second is from 2005 up to 2018. In doing so, the study found out that the state-civil society relations in Ethiopia since 1991 was more complicated than implied by the liberal discourse, and reflected a continuum of accommodation and confrontation dynamics. The study concluded by arguing that the commonly held dichotomy which polarized the relation between the state and csos as a whole may have overlooked the nature of relationship between the two actors, which can range from overt and hidden tensions and active hostility to cooperation and collaboration, depending on various factors across time and space.

Since 1994, South Africa has demonstrated a strong commitment to promote the interests of Africa and in being the “voice” of the continent. Through its foreign policy posture, South Africa has played a pivotal role in the African continent and the world over. After gaining its independence, South Africa had to promote a strategy of Africans speaking with one voice while still building coalitions amongst themselves. This paper examines South Africa’s approach to global issues on addressing the challenges of underdevelopment, the restructured global division of labour, the increasing iniquitous distribution of global wealth, global poverty, the growing power of trans-nationals and the implications for progressive governance and administration. The paper seeks to discuss South Africa’s foreign policy position on globalization in the era of neoliberalism. This paper uses the critical theory to report on the comprehensive scholarly literature review on the role of South Africa’s foreign policy on continental integration. The results show that South Africa needs to position itself in a new international economic paradigm that incorporates both democratic governance and an accountable and responsible market place beyond the anti-globalization stance. Furthermore, South Africa has attempted to cut the powers of colonizers in Africa, particularly the new powers whose motives fail to promote the African agenda. The paper concludes that South Africa’s policies and actions since 1994 have significantly helped the country to enhance its benefits for its population, while domestic challenges and weaknesses in its conduct have at times had a weakening effect on its endeavour to promote continental integration.

Modernity as a set of attitudes based on reason, or as the cultivation of scientific temper, was informed by the imperative of development in a postcolonial state like India. Alongside the rise of democracy, there was the pressing need for removing poverty and ensuring fulfilment of basic needs for the common people. It is in this sphere of addressing poverty and underdevelopment that India became modern in a very material and substantive sense. The paper makes a case for an understanding of modernity that is deeply rooted in the material needs of the people and traces this impulse of development modernity from the time of India’s first Prime Minister Jawaharlal Nehru till the present government led by Narendra Modi. While doing so, it problematises Nehru’s and Modi’s statist understanding of development and brings them to conversation to understand the continuing promise of modernity predicated on development. In the process both Nehru and Modi are interpreted vis-à-vis the times they lived in as well as their responses to what constituted India’s core values, their relationship with modernity and development’s place in it.

This article reviews two books on Chinese Indonesians in post-Suharto Indonesia written by two young scholars: Chong Wu-Ling (2018), and Toshio Matsumura (2017). Both books illustrate the recent stream of academic publications on Chinese Indonesians by a young generation of non-Indonesian scholars who are mostly based in the East Asia region. Their works are promising as they rely on continuous fieldwork and pose new questions that reflect the socio-political changes in Indonesia and the rise of China in the region. Despite these welcomed developments, we have yet to see any paradigm shift from the works of earlier scholars. Concurrently, young scholars in the region are challenged to develop their studies beyond the Euro-American intellectual hegemony.

The recognition of commercial agricultural investment unfolded the allocation of land to investors for the production of different cash and food crops in Ethiopia. But anti-expropriation voices and subsequent vandalizing of investment sites have been mushroomed and become far reminder occasions in Ethiopia. This study, thus, tried to uncover the Political-Economy of land expropriation in Ethiopia: a focus on flower farms in Amhara region. A mixed research design was employed by involving primary and secondary sources of data gathered via interview, focused group discussion, questionnaire and document review. Then, the data were presented, analyzed and interpreted through statistics-by-themes and side-by-side jointly. In the study, land expropriation was carried out without genuine public consultation, ascertaining popular consent and written notification. And, compensation was paid to evictees albeit the valuation process was full of uncertainty and jumping. Moreover, flower farms have negatively affected the livelihood and food security of peasants, which in turn brought violence, tenure insecurity and strained government-society relations. This indicated that the expansion of commercial farming was not made vis-à-vis empowering the displaced people. Thus, evictees should be part of the development process for the sustainability and success of farms.

The upsurge of TPLF led regime to power installed ethnic politics and deconstruction of Ethiopian history with corporate corruption, ultra-vires and pseudo-federalism. The misappropriations of national assets added with autocratic nature of the regime procreated erratic political oppositions and protests since the party set on to power. The political marginalization at intra-party level also created split, which brought state elites in Amhara and Oromia regions to support the acute popular protest. These political scenarios have compelled TPLF to abscond into Mekelle and the coming of reformist leaders to power in 2018. This paper thus aimed to uncover TPLF’s political strategy in post 2018 Ethiopia by employing a qualitative case study with a secondary data obtained from Mass Media, commentaries and digitized outlets. The loss of key political positions and attachment of the regime’s wrong deeds to TPLF has bugging its elites after the coming of the new premiership. As counter to the reformist leaders, TPLF undertook huge militarization, destabilization and proxies, inducing popular fear, supporting like-minded regional oppositions to propagandize sensitive political issues to regain its lost prestige. This power rivalry created political absurdism, where political decisions and policies of the reformists had continued to be officially banned by TPLF in a way that disastrously impacted the survival of the state. Thus, it is important to undertake political reconciliation to freeze the prevailing political deadlocks for the continuation of the polity.