The Medjay were a group of desert nomads inhabiting the region between the Nile and the Red Sea contemporaneous to the Bronze Age of Ancient Egypt (c. 3100-1050 bce). Well-known from textual sources from Pharaonic Egypt and Kushite Nubia, it has proven difficult to produce basic societal descriptions of the Medjay and their political status, especially in their desert heartland. Most studies dedicated to the Medjay evaluate their presence as a nomadic diaspora and emigres on the Nile or focus on their interaction with the Ancient Egyptian state. These approaches place little emphasis on their indigenous geography and nomadic heritage in the Red Sea Hills. This study takes a very different tact and attempts to reconstruct some basic information on their political geography in their indigenous homeland. Although the sources, both textual and archaeological, are currently scarce regarding a Second Millennium bce desert occupation, they do demonstrate complex arrangements between Medjay political actors and nearby states. Particularly notable was the ability of individual tribes to enact varying policies of entente, détente, and aggression towards their Nile neighbours as well as exercise de facto sovereignty over a wealthy desert consistently threatened by Egyptian and Kushite imperialism. 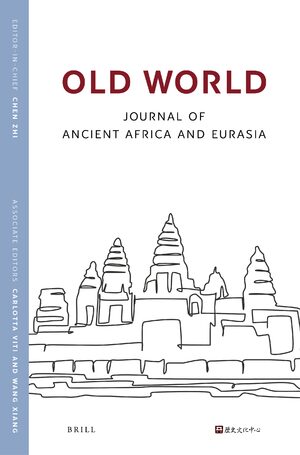 In: Old World: Journal of Ancient Africa and Eurasia

This essay analyses the emotions of intersectional protest. It uses the case study of early twentieth-century Irish women who subscribed to a multitude of ideological beliefs – including feminism, nationalism, socialism and pacifism – to attempt to understand the different place of emotions like hope and pride and anger and resentment in sustaining political activism. In doing so, it examines the nexus between emotions, ideology and history. Adopting both an interconnecting and comparative approach, it investigates the relative efficacy of historical narratives in sustaining the emotional and moral dimensions of intersecting and competing ideological movements. The essay concludes by exposing the limits of the emotions–ideology–history nexus, especially when it comes to feminist protest. 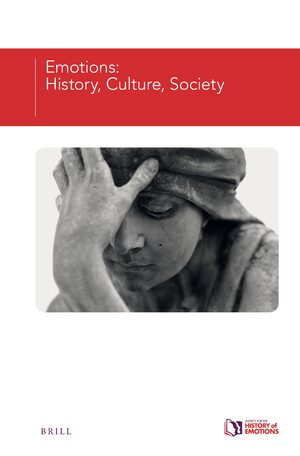 Tabletop role-play games (TRPG s) are undergoing a resurgence in popularity tied, in part, to the release of Dungeons and Dragons (5th edition) and a vibrant culture of live-streaming role-play games online. Research has now also shown that TRPG s – such as Dungeons and Dragons – provide a unique environment for the development of prosocial behaviours. There is an opportunity for researchers interested in political emotions and ideological performance to explore a community of collaborative storytelling where the altruism derided by philosophies of neoliberal economic rationalism is performed as a core value, with tangible outcomes for tolerance, generosity and well-being. As TRPG s become commonly accepted as part of the toolkit in both education and therapeutic contexts, they provide a new avenue of engagement for those interested in the development of prosocial values, community and social inclusion in the digital age.

The biography of Douglas Grant (c.1885–1951) has been publicly and popularly told in media since 1916. Interestingly, Grant’s unusual life-story has consistently been deployed to serve various political agendas. This essay examines the role of popular-media biographies of Douglas Grant and the emotions embedded in them, and utilises a documentary-film production as a case study to examine relations between these emotions, activist agendas and documentary-film storytelling. Additionally, given the consistent use of tragedy as a formal narrative structure employed in tellings of Douglas Grant’s story, this essay also describes how narrative structures are not culturally neutral, but are themselves emotionally suggestive cultural productions. Analysing a century of tellings of the Douglas Grant biography, this essay also offers insights into how conquest-colonial ideology is manifest in these often ‘tragic’ tales. As an attempt at decolonising scholarship, this essay also responds to insights by Indigenous commentators within the case-study text to reflect on Indigenous ontologies and the role of Country and Indigenous futurism as places/sites/histories of hope.

The Fission of the Forbidden: The Popularity of Video Content in an Online Right-Wing Extremist Environment
Author: Lise Waldek

Video platforms such as YouTube provide an environment where the blurred duality between content dissemination and creation facilitates the generation of social networks. Research into online violent extremist environments has often noted the prominence of video-sharing platforms as a means of distributing propaganda and cultivating social networks for purposes of recruitment. This paper draws from the study of emotion to examine three videos and associated comments that had high engagement, understood as the frequency of interactions, likes/upvotes and reposts in a given social network, in a right-wing extremist online milieu. This analysis highlights the important role emotions play in generating social connectedness and ultimately engagement and recruitment into online right-wing extremist milieus. Understanding the significance of emotions in online violent extremist video content can help to identify opportunities for moderation and/or the construction of alternative narratives.