Nine new species of the collembolan genus Salina MacGillivray from South America are described and illustrated. Two Neotropical species were recorded for the first time from Brazil: S. dedoris Mari-Mutt and S. tristani Denis. Salina was previously known to occur in three Brazilian states, and this is now updated to include 19 states with 12 recorded species. A new proposal of morphological character description and illustration, and an identification key for the celebensis group are provided. A hypothesis for the phylogenetic relationships among 34 species of Salina (about 50% of the 72 described species) allowed three main pursuits: (a) a reevaluation of Salina species groups; (b) the first explicit interpretation of how morphological characters of these springtails may have changed during the course of the diversification of the taxon; and (c) an evaluation of the historical biogeographic connections of Salina, with an emphasis on the celebensis group distribution to the New World. 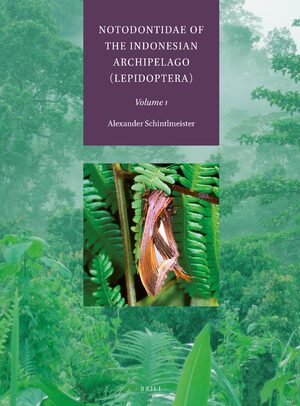 EUR  €141.00USD  $170.00
A new genus of the subtribe Hermanellina (Ephemeroptera: Leptophlebiidae: Atalophlebiinae) from Northern Brazil with accounts on the systematics of the group
Authors: Frederico F. Salles and Rafael Boldrini

A new taxon of Hermanellonota or subtribe Hermanellina (Ephemeroptera: Leptophlebiidae: Atalophlebiinae) was found from Northern Brazil, in the limits of Pacaraima in Brazil and Santa Helena de Uairén in Venezuela. While nymphs of this taxon are similar to those of the genus Farrodes, the adults could not be assigned to any of the genera included in the group. In order to clarify the systematic relationship of this taxon and to provide a reliable hypothesis concerning its generic placement, we analyzed it using an available matrix from the literature and performed a new cladistic analysis. As a result we describe Rondophlebia rubra gen. nov. et sp. nov. sister to the Perissophlebiodes complex + Hermanella complex. Our analyses also shed new insights on the systematics of Hermanellonota.

Recent advances in molecular systematics have led to an emerging understanding of the phylogenetic history of the family Geometridae. These studies have basically confirmed the traditional subdivision of the subfamily Larentiinae into tribes but unsolved problems remain. Here we test the monophyly of the tribe Perizomini, and evaluate the division of this tribe into genera using Bayesian and maximum likelihood analyses of one mitochondrial and eight nuclear gene fragments. We show that the Eurasian members of Perizoma Hübner, 1825, Mesotype Hübner, 1825 and Gagitodes Warren, 1893 together form a monophyetic tribe Perizomini. However, Martania Mironov, 2000 is not closely related to these genera, but is considered to belong to Melanthiini according to the results of the phylogenetic analyses. Morphological evidence supporting this rearrangement is discussed. The Nearctic Larentia basaliata Walker, 1862 was shown to belong in the genus Martania as M. basaliata (Walker, 1862) comb. nov. and being specifically distinct from the morphologically similar Palaearctic M. taeniata. Three other studied ‘Perizoma’ species from the New World were similarly placed far from Perizomini in the phylogenetic tree, and were not related to each other. We conclude that both the tribe Perizomini and the genus Perizoma are polyphyletic which indicates that the group needs a global revision. It remains an open question whether Perizomini have a worldwide distribution as previously assumed, or is this tribe confined to the Palaearctic region.

Ageniella is the second-most diverse spider wasp genus in Ageniellini (Pepsinae). The Ageniella (Ageniella) accepta species-group is found from Canada to Panama and is composed of three Nearctic species: A. accepta (Cresson), A. blaisdelli (Fox), and A. conflicta Banks. Within this group, species-level identification is difficult, because diagnostic characters are questionable, and subjective for both males and females. Furthermore, sexes of each species are not reliably associated. Herein, we investigate sex associations and the validity of described species within the A. accepta species-group based on three molecular markers (cytochrome oxidase I, wingless, long-wavelength rhodopsin) by using maximum likelihood and Bayesian phylogenetic analyses, and species-delimitation approaches. Additionally, we mapped 12 morphological traits onto the molecular phylogeny to discuss evolution of diagnostic characters. We concluded that the three species of the A. accepta species-group are actually a single, wide-ranging species with strong geographical signal. Moreover, our results suggest introgression at the mitochondrial level.

Bacotoma Moore, 1885 is reviewed including the description of a new species from Hainan Island, B. hainanensis sp. nov., based on an analysis that combined morphology and mitochondrial DNA. The following taxonomic changes are proposed: Platamonina Shaffer & Munroe, 2007, syn. nov. is synonymized with Bacotoma and ten species are included: B. ampliatalis (Lederer, 1863) comb. nov., B. binotalis (Warren, 1896) comb. nov., B. camillusalis (Walker, 1859), B. cuprealis (Moore, 1877) comb. nov., B. hainanensis sp. nov., B. illatalis (Walker, 1866), B. oggalis (Swinhoe, 1906) comb. nov., B. poecilura (Hering, 1903) comb. nov., B. ptochura (Meyrick, 1894) comb. nov., and B. violata (Fabricius, 1787). Syngamia albiceps Hampson, 1912 syn. nov. is confirmed to be a synonym of Bacotoma binotalis, and Platamonia medinalis Snellen, 1900 syn. nov. is synonymized with Bacotoma illatalis. A key to species examined is also provided based on external morphology and male genitalia.

Reply to the Paper “Beutel et al. 2018. Is †Skleroptera (†Stephanastus) an order in the stemgroup of Coleopterida (Insecta)?”
Authors: Alexander G. Kirejtshuk and Andre Nel

The recent critical revision of the order Skleroptera by Beutel et al. (2018a) is considered. We show several defects in their interpretation, contradicted by the original descriptions and diagnosis (Nel et al., 2013; Kirejtshuk & Nel, 2013). The main arguments of the initial interpretation of Stephanastus polinae Kirejtshuk et Nel, 2013 (Stephanastidae) and reasons for the proposal of the order Skleroptera (Kirejtshuk & Nel, 2013) are mentioned, together with reasons to reject the proposal of Beutel et al. (2018a, b). A comparison of Skleroptera with other neopteran orders is made. Lastly the problem of the position of Umenocoleus as a member of Coleopterida versus a roachoid is discussed, the first hypothesis being supported by synapomorphies which is not the case for the second.

The genus Piola is revised; the original description is translated and updated; the known species are redescribed (except P. unicolor); a new species, Piola wappesi sp. nov., is described from Bolivia; P. schiffi is registered for the first time for Peru; an updated key and photos of the type material of the species are provided.