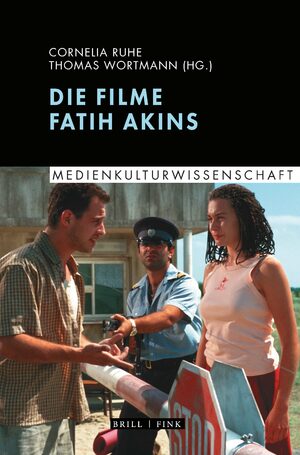 The national and the popular have been an intertwined and ever-thorny topic of the relationship in cinema. So what is “national cinema?” How can national character be expressed in the cinema? When looking at, for example, the history of Brazilian cinema critics rarely felt the need to the question of what constituted a “Brazilian” film; perhaps, it seemed obvious, not worth discussing. As in so many cultures in Asia, Africa and Latin America, the cinema began as something imported for many decades, something brought to the country by foreigners. Turkey also has its own problematic relationship to colonialism: the encounter with the West is not the imposition of something external, but the liberation of something that was always internal. In Chinese culture, the cinema itself was seen as a modernizing element with far less historical baggage than any of the traditional artistic disciplines.

The term popular, as in popular cinema, has its true force, perhaps, in its blurred contours and cultural contradictions; in the supposed opposition of two paradigms, one based on the market, the other drawn from anthropology. One can define the popular simply by focusing on the commercial success of individual works or by studying those things that claim for themselves or are claimed to be expressions of the thoughts, values and the feelings of the “people,” however defined. Many of the formulations of popular cinema, however construed, often imagine it as a kind of alternative practice to some kind of other, official or better produced cinema—popular cinema as oppositional cinema. The films offered a free zone, a space in which “official” or promoted values could be questioned or even refused. Yet in the end, they truly do not dislodge that imposed modernization; instead, they offer examples of how one can accommodate oneself to it. 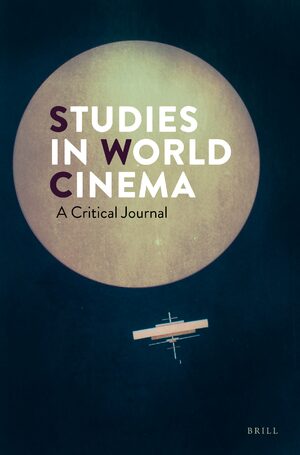 National Turbulence and the Turbos of the World Cinema System
Author: Dudley Andrew

From the outset cinema was metropolitan. Producers needed access to financing, pools of talent, specialized equipment, and laboratories that one could only find in urban centers. In certain cinema-cities (Berlin, Paris, Buenos Aires, Mumbai, Taipei, etc.) reside ambitious writers, producers, and filmmakers who were driven to outdo, or modify, or simply copy what they saw, employing their own culture’s raw material. Thus, the Jameson-Moretti law applies: local content, pertinent to each nation, was poured into forms that were adopted, with strategic alterations, from Hollywood. Where are today’s hotspots? Where does cinema seem crucial and talked about?

Let’s abandon the map (where necessarily one region stands front and center), and instead let’s spin the globe. As it whirls, our eye intermittently catches glimpses of the shapes of the most sizeable nations. Today China and Nigeria stand out prominently alongside India and Russia. So dense are they with film activity that the globe is distended and wobbles out of true. Only sixty years ago China and Nigeria were places that had no place in World Cinema; they gained recognition only when a few promising art films found their way to the European festivals that served as image exchange centers. Today that promise has been fulfilled beyond, indeed against, expectations. Recapitulating Hollywood in its heyday Nollywood and China (Beijing/Shanghai/Qingdao) have become thoroughly corporate and market-savvy, turning out standardized and predictable products. If fresh images are to renew World Cinema, it will hardly be from the urban image-centers. On our globalized globe, novelty should be sought on the periphery of these former peripheral nations. And indeed, exciting new work has been bubbling beyond the dense cultural centers of these nations. Independent art films and documentaries have emerged from dark corners of both places thanks to the network of festivals around the globe, but increasingly and paradoxically thanks to the rival medium of the internet, with its networks of informal distribution and what used to be called “word of mouth.”

This essay considers the aesthetic and cultural importance of the slow, contemplative thriller in contemporary world cinema. While the thriller genre tends to be associated completely with the mainstream—and thus with action-oriented rhythms and Hitchcockian paradigms of suspense—there are alternative tendencies in global art cinema that relish more dilatory time schemes, more minimalist mise en scène, and more meditative atmospheres. Surveying multiple national and transnational contexts, this essay explores how the slow thriller functions as key manifestation of global art cinema’s evolving hybridity and impurity. Looking at films such as Bruno Dumont’s L’humanité(1999) and Lee Chang-dong’s Burning(2018), this essay shows how the slow arthouse thriller stages a dialogue with popular cinema while practicing suspense by other, more pensive means. The fate of the slow thriller in today’s shifting media landscape, in which digital streaming has become the primary locus of film viewing, is also considered. David Lynch’s television series Twin Peaks: The Return(2017) is discussed as a slow, contemplative thriller that renegotiates the place and function of the arthouse theater.

The “world” in film studies has been the “other” of the world’s empire, with Hollywood taking American exceptionalism. It unfolds as the stage of identity politics representing all the rest of the world as postcolonial, peripheral, or merely different than Hollywood. However, this “political” model becomes challengeable as the world’s ongoing homogenization blurs old boundaries while causing “ethical” deadlocks such as the vicious interlocking between (neo)liberal multiculturalism and fundamentalist terrorism. The notions of subjectivity and society also undergo new crises and changes permeating the entire world beyond the established national or transnational frames of the world. Against this backdrop, world cinema can be reframed not for a world tour of territorialized national cinemas or transnational deterritorialization but a critical remapping of many contemporary films reflecting global phenomena even in localized narrative space. Locality functions here less as the basis of identity, referring to a unique reality that both resists and requires the center’s endorsement, than as a contingent springboard for addressing the concrete universality of the world system, including the center. This approach brings a global frame of world cinema.

Against the narrowly commercial and homogenising term ‘world cinema’ that lumps together a diversity of ‘foreign’ films as a category, the notion of ‘the local’ relativizes the idea of the ‘national’ as a singular entity. It suggests the pivoting around each other of ‘there’ and ‘here,’ thereby avoiding precisely fixed locations and calling on the dynamism of their relationship. The local, captures not only particular geo-political locations but historical relationships, which, interacting with changing conditions, produce the shifting frameworks of thinking, feeling, experience, and aesthetic perception that shape local practices, traditions, and cultural forms. However, this specificity is often called on to endorse an authenticity uncontaminated by metropolitan sophistication or global uniformity, enabling local products to travel to an elsewhere beyond national boundaries. The value of ‘world’ over ‘global’ lies in its call on the space shared by many different nationals, whereas ‘global’ suggests the homogenisation enforced by multi-national corporate and neo-colonial Western powers. As an alternative concept, ‘trans-national’ applied to cinema has the virtue of acknowledging the existence of nationally defined geo-historical and cultural differences as well as the reality of cross-border migration of personnel, technologies, and films, along with the complexity of international co-production. However, if the term keeps the idea of the ‘national’ in place, the boundaries it marks are neither natural nor fixed. If local film genres and narrative forms function as public sites in which aesthetic histories, cultural frames of reference and social experiences feed and negotiate with each other, the question arises how far the trans-national intensification of this activity now produces a new space for an emergent ‘world imaginary’: the idea of a shared ‘world’.

The answers below touch on three different meanings of world cinema. First, world cinema is the acknowledgement of an existing cinema originated in the diversity of geographical and cultural contexts from all over the globe and expresses the rise of multiple local cinemas on a common international scene. Second, world cinema denotes to the films that proved to be recognizable as artistically valuable through these channels (festivals, critics, niche distributors) and conveys the idea that only certain types of films would be accepted on the international scene. And third, world cinema relates to a more specific type of films, that are not so many but gives a particular visibility to an immensely vast phenomenon with films that are either “without borders”, or mixing various origins and references. By keeping these in mind, the research on world cinema should be issue based, acknowledging de vast rainbow of various ways to make cinema, related with socio-economical and cultural contexts, political environment, inscription in various aspects of history of cinema aesthetics and other artistic and cultural means of expressions, local, regional and global. The films of world cinema are, or at least should be objects of research, objects of thinking, but also if not primarily objects of love.

The world envisioned by the idea of world cinema is often tied to a conception of the planet in terms of the global circulation of films and networks of production, consumption and distribution. This article argues for the need to confront the world as a representational and aesthetic category in and of itself.

This article examines the term ‘World Cinema’ by comparing it to ‘world literature’, as understood by two German thinkers of the Romantic period: Johann Wolfgang von Goethe and Karl Marx, who attributed universal appeal to it. It argues that World cinema, like world literature, testifies to the unequal distribution of economic and cultural power. World Cinema refers to cinemas of peripheries, cinematic production of ‘developing’ or Third World countries or non-Hollywood. Moreover, it does not encompass everything which is produced in the peripheries, but only that part, which lends itself to the gaze of (broadly understood) western scholars. Inevitably, such gaze privileges ‘canonical works’, which have already received national recognition and which due to their subjects, forms or ideologies, align themselves with the production in the centre. However, there are also films created in the peripheries which transcended national boundaries despite being openly local and even hostile to the idea of competing with other films on the global market, especially films made in Hollywood or modelled on Hollywood, such as Third Cinema, whose analysis concludes the discussion.