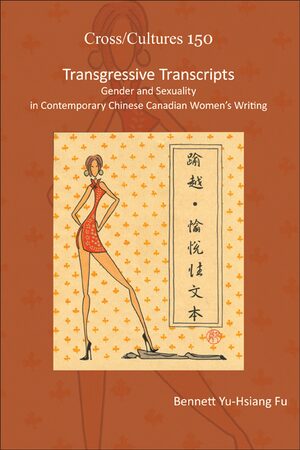 Exploring the Role of Pseudo-translation in the History of Translation: Marryat’s Pacha of Many Tales
Author: James St. André

This paper sets out to demonstrate that pseudo-translation is an integral part of the history of translation, playing a vital role at certain times and places. Specifically, I demonstrate that for much of the eighteenth and nineteenth centuries, pseudo-translation was actually an important player in the contested field of translations from oriental languages and the emergent discipline of Oriental studies. Such works were part of that field of knowledge, both at the specialist and the popular level, and helped shape contemporary European conceptions of the orient. Drawing on the work of Gideon Toury and Theo Hermans for theoretical justification, I use Bourdieu’s concept of the field of literary production to examine the interaction between genuine and pseudo-translations from Chinese into English from the eighteenth to the early twentieth centuries, focusing in particular on Sir John Francis Davis’s genuine translation, The Sorrows of Han, and Frederick Marryat’s pseudo-translation, The Pacha of Many Tales, which incorporates and orientalizes Davis’s translation.

Hypersexual Transcript: Evelyn Lau’s Runaway: Diary of a Street Kid and Inside Out: Reflections on a Life So Far
Author: Bennett Yu-Hsiang Fu

The Origin of the Family, Public Property and the Communist State: Transmitting and Translating Kollontai in the early Soviet Union and May Fourth China
Author: Sasha Hsiang-yin Chen

This article studies the Marxist feminist ideas and ideology of Aleksandra Kollontai in the early Soviet Union and May Fourth China, with specific reference to both transmission and translation of Family and the Communist State. The first section of this paper shows how Kollontai depicts the blue print of “new women” in this text under the political context of Lenin’s hegemony, analyzing her conception of constructing the female “self” within the future Soviet family, public property and the communist state. Factors such as the relation between this source text and the target text ‘The Family in the Future Society’, the connection between Kollontai’s motivations for writing and Mao Dun's purpose in translating, the interaction between transmitting functions of Soviet propaganda and manipulating mechanisms of Chinese communist organizations, and the political environments and historical developments in the early Soviet Union and May Fourth China, are all investigated in the second part. Demonstrating the development of how this work travels, I argue that Russian and Chinese male communists usually employed the so-called “solving women’s questions” strategy to achieve their patriarchal and political aims when they encountered serious defeat in the 1920s. Paradoxically, Kollontai, as a nonconformist and a rebellious politician, survived the hegemony of Tsarism, Leninism and Stalinism, suggesting that the power of marginalization cannot be neglected.