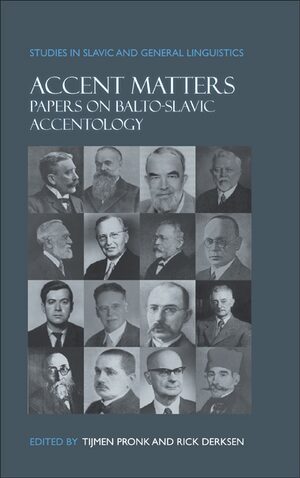 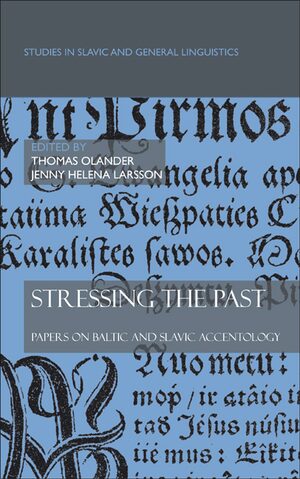 Nicolaas van Wijk (1880-1941)
Slavist, linguist, philanthropist
Series: Studies in Slavic and General Linguistics, Volume: 31
Author: Jan Paul Hinrichs
Nicolaas van Wijk (1880-1941) was the founder of Slavic studies in the Netherlands and one of the greatest Slavists in general. This book describes for the first time how a scholar of the Dutch language, whose etymological dictionary of the Dutch language is still considered the best of its kind, was appointed in 1913 to the newly created Chair in Slavic languages at Leiden University and built up a tremendous reputation for himself in Eastern Europe. Van Wijk’s relations with his famous teacher, the linguist C.C. Uhlenbeck, are followed attentively, as is his postgraduate apprenticeship in Leipzig (1902-1903), where he followed August Leskien’s lectures in Slavic studies. Attention is also paid to the various aspects of Van Wijk’s enormous oeuvre covering the whole field of Slavic studies and of phonology, of which he was one of the pioneers. Van Wijk did not, however, follow the lines approved for the social conduct of a Leiden professor and was at one time suspected by the police of communist activities. His commitment to materially helping all he could from an Eastern Europe torn apart by the First World War and its aftermath was exceptional. His fascination with all things Russian is a background theme that played throughout his life and even at his death: son of a Dutch Reformed minister, the bachelor Van Wijk was buried in a grave surmounted by a Russian Orthodox cross beside his Russian foster son, who died young.
This book is of interest to Slavists, linguists and cultural historians.
Hardback

The Avestan Vowels
Series: Leiden Studies in Indo-European, Volume: 12
Author: Michiel de Vaan
For the first time, the vowels of Avestan are studied comprehensively on the synchronic and diachronic level. All vowel changes which have occurred after the Proto-Iranian stage are discussed, and they are placed in a relative chronology. The phonological system of Avestan at various stages of its development is reconstructed, and the relationship between Old Avestan and Young Avestan is reviewed. Also, many philological details are discussed. This volume is of interest for Indo-Iranian philology, for Indo-European linguistics and for Iranian linguistics.
Hardback

Metatony in Baltic
Series: Leiden Studies in Indo-European, Volume: 6
Author: Rick Derksen
During the past decades Balto-Slavic accentology has become increasingly important for the reconstruction of Proto-Indo-European. This study tries to provide an explanation for the phenomenon of metatony in Baltic, i.e. the phenomenon that in certain Baltic forms a morpheme shows the reflex of the Balto-Slavic circumflex intonation where we would expect the reflex of the acute intonation ( métatonie douce) or vice versa (métatonie rude). The subject necessarily involves an inquiry into the origin of the Lithuanian and Latvian tone systems. Furthermore, it requires the assessment of a large number of etymologies. In the final chapter of the book, the developments which are considered to be relevant to the rise of metatony are incorporated into a relative chronology.
The investigation is based on a comprehensive collection of data, including evidence from Lithuanian and Latvian dialects and Old Lithuanian. In comparison with earlier studies on the subject, the Latvian evidence plays an essential role. This book tries to demonstrate that the value of Latvian data for Balto-Slavic accentology has hitherto not been fully recognized.
Hardback

Studies in British Celtic Historical Phonology
Series: Leiden Studies in Indo-European, Volume: 5
Author: Peter Schrijver
The languages belonging to the British subgroup of Celtic, i.e. Welsh, Cornish and Breton, have been the subject of thorough research for over a century now. Yet the phonological history of the prehistoric stages of these languages and the details of their connection with the other Celtic and Indo-European languages still present numerous unsolved issues. This volume aims to tackle the most acute problems of the historical phonology of British Celtic. Also it provides an up-to-date reference guide to British historical phonology in general, as well as a study of a large body of etymologies relevant to the correct evaluation of the historical phonology. This volume is of interest for the Celtologist, the Indo-Europeanist and the general historical linguist.
Hardback

Anatolian historical phonology
Series: Leiden Studies in Indo-European, Volume: 3
Author: Craig Melchert
This study represents the first comprehensive treatment of the sound system of the Hittite language and its historical development in a quarter-century. It is the very first attempt at a systematic description of the sound systems of all the ancient Indo-European languages of Anatolia. It codifies the results of a generation of collective scholarship which has made some dramatic advances, offers a number of new hypotheses, and frames the problems which remain to be solved. The contents will be of interest to Indo-Europeanists for the new perspectives on the crucial Anatolian subgroup and to scholars of second-millennium Anatolia for the up-to-date descriptions of the extant Indo-European languages of that era.
Hardback

Aspects of the Phonology of the Slavonic Languages
The Vowel y and the Consonantal Correlation of Palatalization
Series: Studies in Slavic and General Linguistics, Volume: 7
Author: J. Ian Press
Paperback